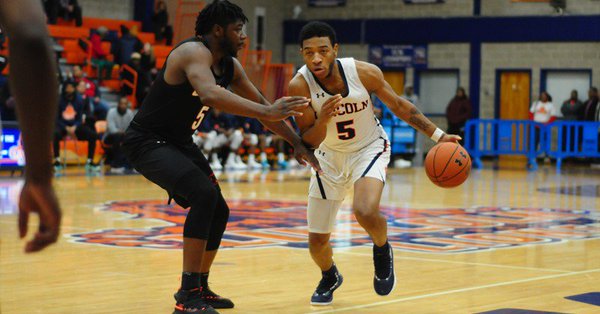 A week remains in regular season action and defending champions VUU got swept at home on Wednesday. They travel to face hot Lincoln teams on Saturday.

Virginia Union was on a hot streak and could not seem to be contained up until Wednesday.

The nationally ranked Lady Panthers were undefeated in division play and on a 12-game run; flawless since December. The Panthers hadn’t lost in February and won four consecutive, including a staple win over top dog Virginia State. On Wednesday, however, Bowie State visited Barco-Stevens Hall and left with a road sweep, shutting down VUU’s respective streaks.

Lincoln narrowly trails behind Union in the men’s and women’s race. On Saturday, LUPA will host VUU and try to take advantage of the rare opportunity of Union coming off double losses.

In women’s basketball, VUU (20-2, 12-2, 6-1) still holds first place and LUPA (14-11, 8-6, 5-2) trails in second. Union is equipped with the top-scoring offense in the conference averaging 74.3 points-per-game. They also have a weapon in Shareka McNeill, CIAA top-scorer and ninth in D2 hoops averaging 22.6 points per game. LUPA is coming off a close win over Elizabeth City State where four players ended in double figures. Alisia Machado led with 28 points, 11 rebounds and six blocks. Machado, alongside LUPA’s top scorers Kwanza Murray and DeAshia Young, will attempt to close out this week with two wins and kick-start a VUU losing streak for the first time this season.

Immediately following the women’s action, the men will take the floor. Union (15-10, 10-4, 4-3) is in third place in the north while Lincoln (13-12, 6-8, 2-5) holds down the fifth seed. Though LUPA is the underdog, momentum tells another story. The Panthers are fresh off a tip-in loss at home while the Lions grabbed a come-from-behind road win where they trailed by 17 in the second half. LUPA’s Deaquan Williams is second in the conference in rebounds, averaging 10 per-game. Right after him is Will Jenkins of VUU in third place with 8.5 rebounds-per-game. Jenkins is also tenth in scoring in the conference averaging 15.3 points, superseded by LUPA’s Cameron Campbell in ninth place also averaging 15.3.

The heated division doubleheader tips off at 2 PM in Lincoln’s Manuel Rivero Gym.