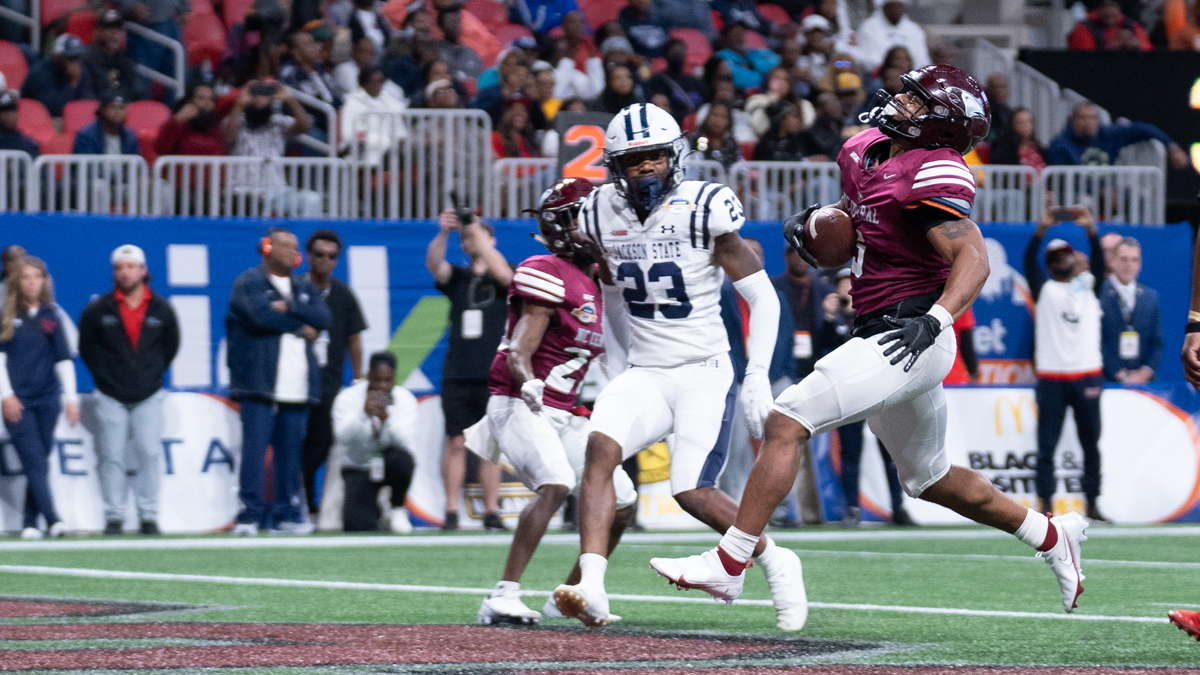 We take a look back at the top HBCU Sports stories of the year 2022 — minus Deion Sanders and Jackson State football.

Another year of HBCU sports has come and gone, and it’s time to take a retrospective look at it. Of course, Deion Sanders and Jackson State dominated headlines all year long with enough to dominate a list like this, so we’ll give them their own.

North Carolina A&T track and field dominated the MEAC in the 2010s and then had a monster 2021 season under head coach Dwyane Ross Sr. But with success comes the attention of big-time programs and just before the NCAAs it was announced that Ross had been hired to take over the track programs at the University of Tennessee. He took several key athletes along with him, including his son. A&T will look to rebuild under new head coach Allen Johnson.

Grambling State came into 2022 on a high after hiring Hue Jackson to take over its football program. Jackson came into spring looking to make a splash, and he did that by tabbing embattled head coach Art Biles as his offensive coordinator. The move was criticized publicly by many people, including Grambling State legend Doug Williams. Eventually the hiring was canned.

Meanwhile, a hire that did go through eventually resulted in a firing before a game was ever even played. Volleyball coach Chelsey Lucas was accused of dumping the entire team after coming over from UAPB. After months of accusations, GSU ultimately terminated her employment prior to the season.

HBCU basketball doesn’t get the love that HBCU football does, but for a couple of days in the summer in Rucker Park it sure did. HBCU United, a group of HBCU all-star alumni, led by Norfolk State head coach Robert Jones, won a pair of games in The Basketball Tournament. Our Wali Pitt had a front-seat to the action and brought our viewers straight to Harlem.

It could be argued that no one team or program in HBCU sports had a better 2022 than the Winston-Salem State University cheer squad, AKA the Powerhouse of Red and White. After going viral with multiple videos the previous fall, the squad made an appearance on “The Real” television show in the spring. A few months later representatives from R&B/Pop star Ciara reached out to the WSSU Powerhouse, flying the squad out to Hollywood to be a part of her video for the single ‘Jump.” The WSSU cheer squad continued to be a social media hit, passing the 100k follower mark on Instagram and topping over 200k on TikTok.

While Jackson State’s football program captivated the attention of everyone all year, its women’s basketball program had a big 2022 as well. After dominating the SWAC regular season it swept to the SWAC tournament title, earning a 14 seed and a matchup with no.3 seed LSU. It led late in the game before several questionable calls, but Tomekia Reed’s program represented itself well. Afterwards the game LSU head coach Kim Mulkey’s comments ruffled some feathers, but no one could deny that the impact was felt. A few months later, JSU star Ameysha Williams-Holiday was selected in the WNBA Draft by the Indiana Fever, becoming the first HBCU star to be selected in that draft in 20 years.

The SWAC and Pac-12 announced a legacy basketball series earlier this year, giving SWAC teams a chance to host teams from the Power Five conference as well as travel to them. While the idea may have seemed like a benevolent gesture at first, SWAC programs made the most of it with Grambling State, Texas Southern and Prairie View A&M all winning on their home courts. Southern, meanwhile, actually went to California and came out with a win. It was definitely an eye-opening experience that showed how far SWAC basketball has come.

The 2021-2022 athletic season was the first year former CIAA and MEAC members North Carolina A&T and Hampton competed together in the Big South. It would also be the last as both programs announced moves to the Colonial Athletic Association. Hampton joined the league completely in July while A&T kept football in the Big South for 2022 as it will transition all sports minus women’s bowling to the CAA.

The MEAC started the year with the transition at commissioner from Dennis Thomas to Sonja Stills. A few months into Stills tenure multiple reports indicated that Howard University was preparing to make a move to the CAA — which had just landed former MEAC members Hampton and NC A&T. Ultimately the league kept HU in the fold and found a partnership with the NEC to help baseball programs be eligible to compete for a playoff autobid. Along with yet another win over the SWAC in the Celebration Bowl, the conference looks to have new life heading into 2023.

Much noise was made in 2021 when no HBCU players were selected in the NFL Draft. The year 2022 was a different story as a total of four HBCU athletes — Josh Williams (Fayetteville State), Decobie Durant (South Carolina State), James Houston (Jackson State) and Ja’Tyre Carter (Southern) — were selected in the NFL Draft. A number of players signed undrafted free agent deals per usual, but it was good to hear some names actually called at the podium.

North Carolina Central entered the season under the radar — we left them out of our top ten — but it finished the season out on top. NCCU took on the nation’s top-rated defense and put up 41 points in a thrilling overtime victory that also featured memorable performances from Shedeur Sanders and Travis Hunter in their final games as Jackson State players.

Perhaps the biggest moment of the year in HBCU sports didn’t happen on a field or a court. Television mogul Byron Allen purchased streaming service HBCU Go in late 2021, setting the stage for a major shift in the amount of HBCU sports programing available and the profitability of it. HBCU Go linked up with the SWAC first, snatching up secondary rights to games that weren’t earmarked for ESPN (or in case of the Bayou Classic, NBC) for deal that is reportedly worth at least $100 million over the course of a decade.

That coverage will extend to basketball season and into other HBCU conferences with CIAA basketball games on tap starting in January.