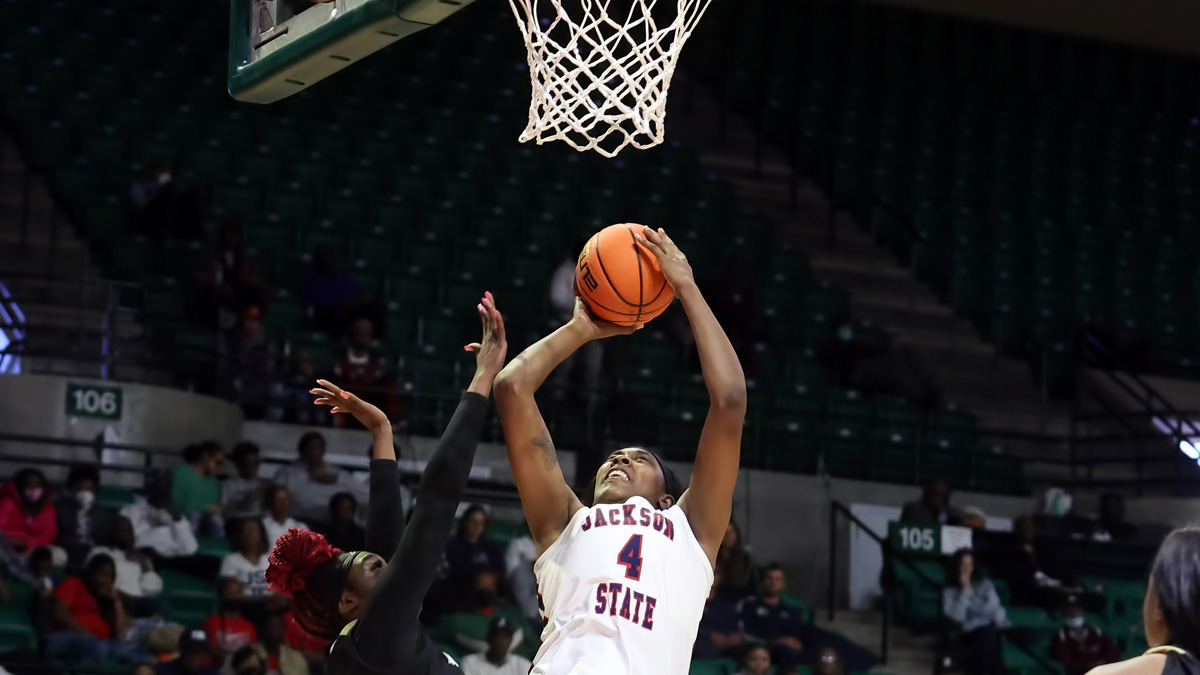 Ameshya Williams-Holliday beat the odds to be selected in the WNBA Draft out of an HBCU. Her coach hopes it won’t take long for the next.

Jackson State center Ameshya Williams-Holliday added her name to the short list of HBCU prospects selected in the WNBA Draft on Monday night.

Williams was just the sixth player from an HBCU to be drafted into the league — and the first since 2002. The 25th pick in this year’s draft says she hopes she’s opening doors for others.

“I think it opens up a lot of doors. I think, no matter what school you go to, you still can do it. You just got to keep working hard, keep pushing and never give up,” she told the media after the draft. “It means a lot to me. I’m just glad I kept making history, going to keep making history and, the people that’s coming behind me, just keep going. Anything is possible.”

None of them lasted longer than one season. Then a two-decade gap before Williams-Holiday was picked by the Indiana Fever in the fourth round.

Her coach, Tomekia Reed, is hoping to make sure there is no gap moving forward.

“When you walk out and talk about the women’s basketball program at Jackson State University, you want people to already know about Jackson State before you even open your mouth,” Reed said following Williams-Holliday’s selection. “And that’s what Ameshya has done for our program, getting drafted today. And it just means alot. It means a lot. This is a historical moment, and I’m just so thankful to be at the helm of this program at such a time.”