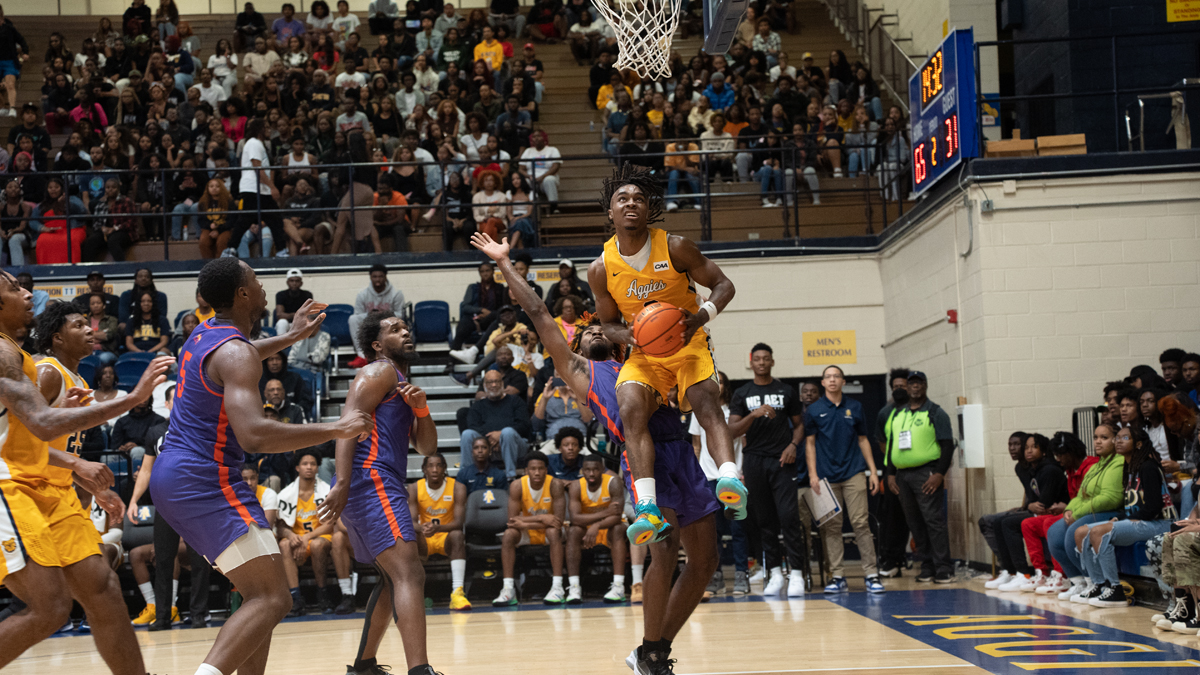 NC A&T shot the lights out against Hofstra and came up with a last-second victory for its first CAA win.

NC A&T overcame a big lead by Hofstra and broke its streak of four consecutive losses, winning 81-79 on Saturday afternoon at David S. Mack Sports and Exhibition Complex. It looked out of reach for North Carolina A&T, who were down by as many as 13 in the second half. However, its incredible late effort was enough to secure the win thanks to a last-second buzzer-beater by Tyrese Elliot.

Demetric Horton scored 21 points to lead the way for NC A&T. That performance included an impressive 16 points in the second half to ignite the team down the stretch. North Carolina A&T’s offense as a whole came out of the break with new energy. The team shot 58 percent from the field in the second half, scoring 1.25 points per possession. This was a big improvement from the team’s 53 percent shooting and 1.03 points per possession in the first half.

Redshirt freshman Duncan Powell had a big game off the bench, putting up 18 points and grabbing 12 rebounds in 30 minutes. Elliot and Kam Woods added 12 points each.

The Pride’s offensive efficiency was impressive despite the result. They averaged 1.14 points per possession on 56% true shooting. Tyler Thomas led the way, putting up 19 points. It wasn’t enough though, as Hofstra was unable to gather the momentum to get past the Aggies.

NC A&T’s win on Saturday put an end to its recent struggles. Its next game (Jan. 4) looks to be an interesting matchup. The team will take on Col. of Charleston who is in the midst of a winning streak. On the other side, Hofstra suffered its first loss in conference play this season. The team will hit the road for its next chance at a win, a Jan. 5 visit to Hampton.