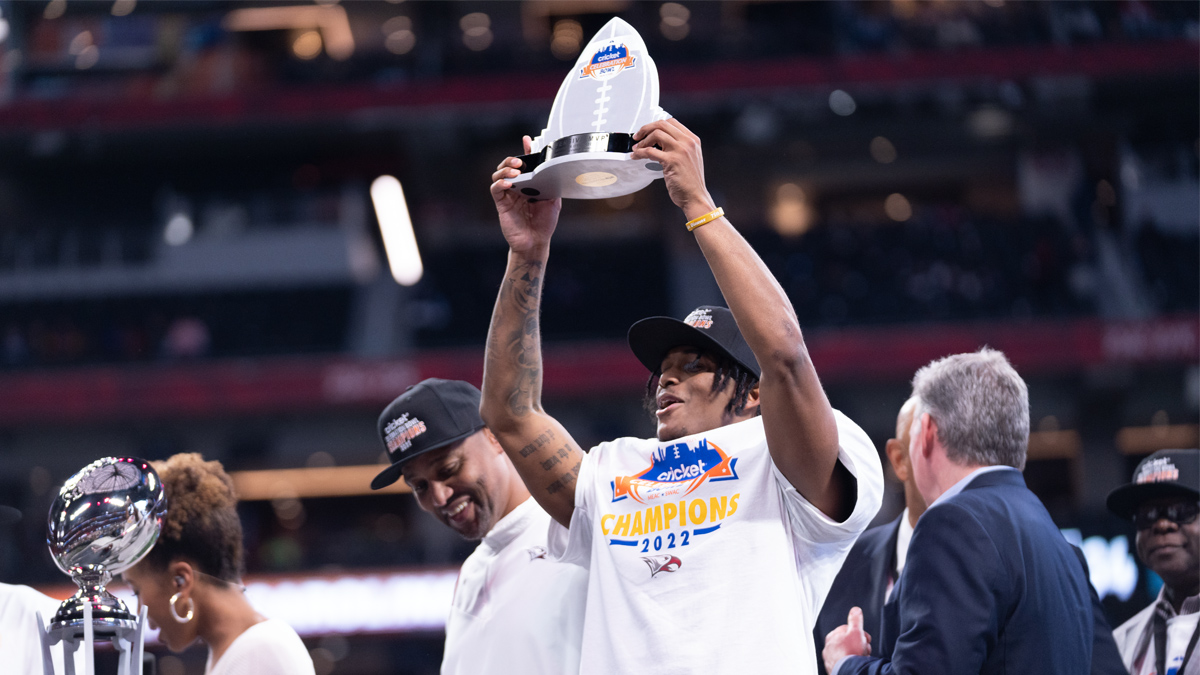 NC Central and Benedict end the season as the no. 1 teams in our FCS and Division II polls, respectively.

NC Central didn’t start the season in our FCS Staff poll — as its head coach never let us forget — but it does end the season on top of it.

The MEAC Champion and Celebration Bowl winner sits unanimously atop our final rankings at the FCS level after a 10-2 season. NC Central did what no other team could do this year, knocking off Jackson State, who held the no. 1 spot in the preseason list and never lost it — until now.

Coming in third was Florida A&M, who was slotted at no. 2 in the preseason. It went 9-2, with losses only to UNC and Jackson State.

North Carolina A&T came in at fourth after a 7-4 season as it finished as Big South runner-up to Gardner-Webb.

Rounding out the top five was Southern University, which won the SWAC West title in its first season under head coach Eric Dooley.

Here is the FCS top 10 in its entirety.

At the Division II level, Benedict College finishes the season on top. BC had a historic season, claiming its first SIAC Championship and Division II playoff spot while going 12-0 in the regular season.

The second and third spots to Virginia Union and Fayetteville State, both CIAA teams that lost in the first round of the NCAA D2 playoffs. VUU received one more second-place vote, however.

Rounding out the top five are Fort Valley State and Tuskegee.