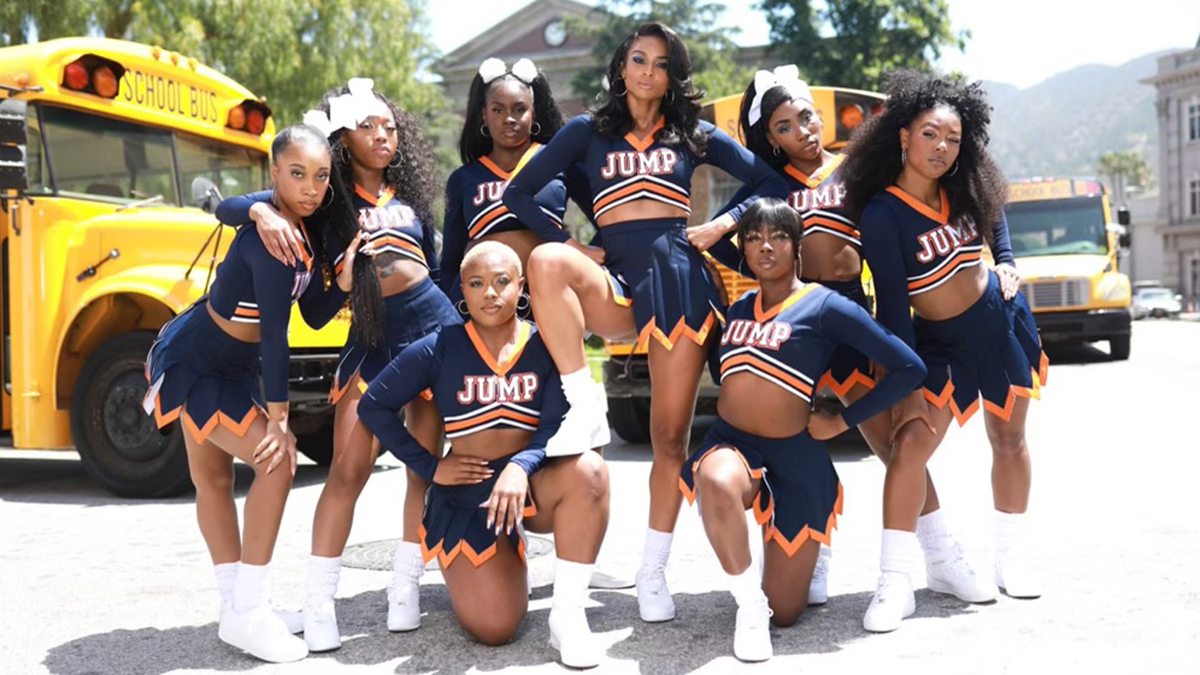 The WSSU Cheerleaders were summoned to join Ciara in a music video and they understood the assignment.

WSSU Cheerleaders — better known as the Powerhouse — made nationwide headlines last month by dancing with R&B-pop superstar Ciara in her latest video “Jump.”

The cheer squad from Winston-Salem State has always been a known commodity in the CIAA and around the East Coast, but things shot into a new orbit during the 2021-2022 school year. From going viral on TikTok to appearing on national television to choreographing their performance with Ciara, it has been quite a year.

HBCU Gameday caught up with head coach NeShelia Washington and assistant Tevin Allen to talk about how the WSSU Cheerleaders became involved in “Jump” and what the whirlwind of a year has been like for the WSSU Powerhouse.

Looking back over the past year

“It was a little challenging. However, I will say itself worked out. A lot of opportunities came to the kids because of COVID, we had more time to play with the social media aspect and trying to market the program. So we’ve been working with the kids, giving them skills and learning how to post certain things on social media, how to create content.

So they’ve been doing their blog, which is fun for them. It’s all about getting buy in from them. So if they’re proud of something, they will perform even better within it. But of course, then here came The Real. That was a wonderful opportunity that came out of nowhere, but we took it and ran with it. And then after “The Real, we both said — something else is about to happen, you know something, this isn’t it.

So we made it through CIAA, and ‘I’m like — this is not goodbye. Like, we really felt it. And then immediately here come inboxes. But it’s been a fun year. It was a little stressful, but the kids made it work.

About midnight one of Ciara’s dancers sent an inbox through Instagram. She sent me an actual email listing all of her social medias, I guess, to make sure we knew it was real. And our silly selves —  you know how Instagram it is the people that you don’t necessarily know or aren’t friends with so the messages kind of hidden? So the message is sitting there from Ciara’s Instagram with the blue check and I didn’t know it.

“After three Zoom practices, we were heading to L.A. We got to L.A. and then the next day after we got there, we had an official practice with Ciara. It was fun because we could teach a lot on Zoom, but it’s nothing like being right there with someone trying to teach them our technique of shake. We’re hands-on.

So we literally had to put our hands on your hips and move you kind of thing when we’re teaching, so it was cool. It was a good experience. It felt it was a lot of power. We didn’t know how to take it.”

“We could tell they had been watching our videos. So we’re assuming they’ve been looking on TikToks or whatnot because they knew the specific formation they wanted. And there were key signature moves that we do that they wanted included. They did give us free rein creating the choreography. So we put that on the kids. They had a little time to brainstorm. We’d take that back at our Zoom meeting and they say, “Oh, we like that — can you add more of this part?”  And it just correlated and it was a wonderful combination of what they want and just us putting in our little spice. But we could tell they had done their homework.

So I don’t know that it was a situation that they just wanted to HBCU stomp-and-shake team as much as they knew the kid’s names. They were very comfortable in saying “Destiny” or the one in the video who has this hair. Like they knew specifics, which also made us feel good because the kids have been working hard on their social media this year so that let us know they’re doing something right.”