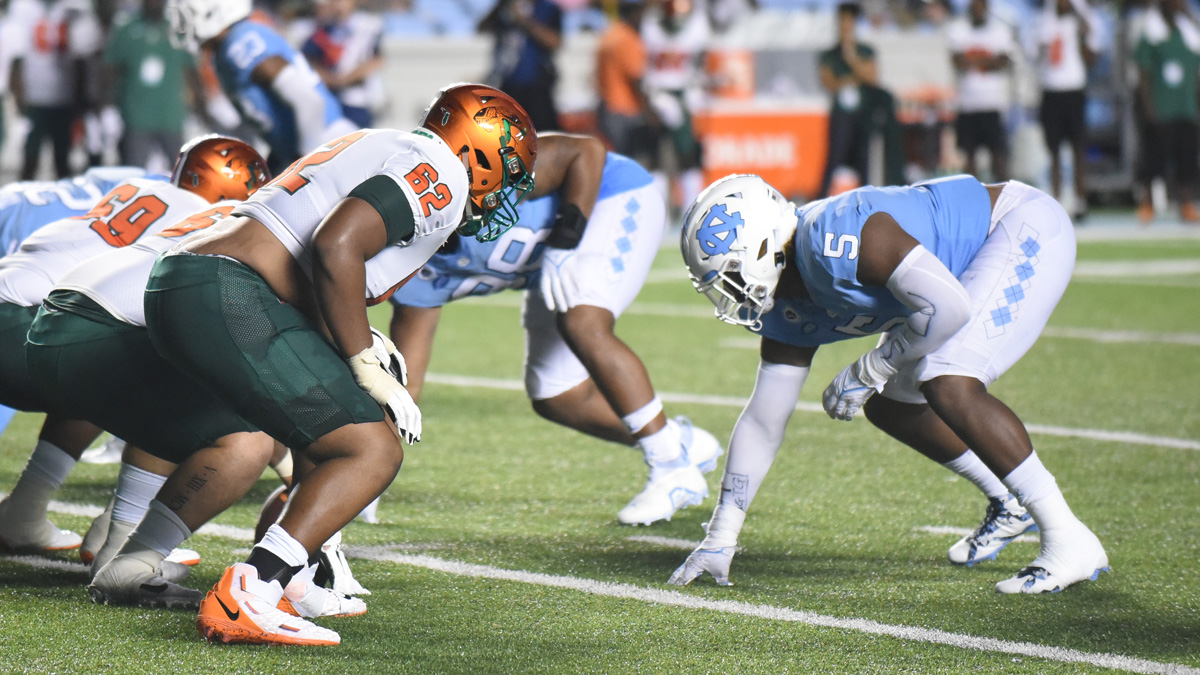 Florida A&M has been plagued by compliance and academics issues for the better part of the decade. Someone has to take the blame.

It has been a tense couple of days for Florida A&M football as the program has become a national story for all of the wrong reasons.

FAMU football has been thrust into the spotlight, not for winning 18 games in its most recent seasons, but for having approximately two dozen players ineligible for its season opener. That led to a back-and-forth between President Dr. Larry Robinson and the football program as to what was or wasn’t being done to help student-athletes, including star edge player and NFL prospect Isaiah Land.

The team sent a letter on Monday that claimed insufficient-to-incompetent academic advisement for the student-athletes, as well as other gripes including late dispersal of refunds and funding cuts for summer school.

When asked how he felt about the team’s letter to the president on Tuesday, Florida A&M head coach Willie Simmons supported his student-athlete’s decision to use their collective voice.

The team met with Dr. Robinson later on Tuesday, where the president promised to allocate academic advisors to athletics. But he stopped short of assigning blame within the university structure.

“For those people who feel as if they were misadvised, they are speaking with our academic affairs people to see what that was and what might be done — if indeed that did occur,” Robinson said. “It is a bit different, the academic advising for athletes. If they didn’t get that from the right person, that could’ve been the case. I’m not suggesting it was. All I’m trying to do now is look at the situation as it is now and (convey) that the team is working on our students’ behalf.”

Tom Mars is an attorney representing both Land and offensive tackle Cameron Calvin, and he clearly feels otherwise. He says the Florida A&M waiver request documentation sent to the NCAA lacked the proper advocacy for the student-athletes and left them to deal with the consequences.

“Knowing what I know of Isaiah and Cameron’s cases now, I can make an incredibly compelling argument on their behalf. Look, if a parent fails to file a tax return, the IRS doesn’t punish the kids. This is the college sports equivalent of doing just that, and I’ve got the paperwork that proves just that.”

FAMU has a history of such issues

This isn’t the first time Florida A&M football has been derailed by issues related to academic compliance.

Three years ago, FAMU was placed on five-year probation by the NCAA after being cited for a “lack of institutional control” as the school was determined to have failed to monitor its athletics programs from 2010 through 2017. It was determined to have improperly certified 93 student-athletes across 12 sports. A self-imposed postseason ban from the 2019-2020 season cost FAMU a MEAC title and the ability to represent the conference in the Celebration Bowl that season despite a 9-2 record.

“The panel recognizes that Florida A&M has faced resource limitations and significant turnover in high-level athletics leadership positions,” the committee said in its decision at the time.

“Those challenges, however, do not excuse the university’s inability to establish and maintain core compliance operations and meet fundamental obligations of NCAA membership.”

Robinson was named Florida A&M president on Nov. 30, 2017. That period of instability was not under his watch. This one, however, is. Despite the fact that he has now had oversight of the university for nearly four years posture remained largely defensive to claims made by the student-athletes, among others, that the program is not being taken care of properly.

“The misconception that people may have that we’re not supportive of FAMU athletics the way we should, that we don’t care about these young men is very disturbing to me because I know how much we care and put into this program to make it whole. We’ve got to do more, (but the suggestion) that we haven’t invested properly in the program, that’s what bothers me the most.”

Despite how Robinson may feel, the fact that the student-athletes had to air their grievances publicly to get said results is quite telling.

You can’t fund a Division I college program — much less a successful one — like a rec league team. You can’t have mass deflections in key positions and allow months to go on before you replace them. And you can’t expect student-athletes to sit idly by as you allow them to fall through the cracks of a system that has operated in dysfunction for over a decade.

Could the student-athletes have been more vigilant and active in keeping up with their progress? That may be the case with a few of them. In many instances, according to the student-athletes, grades were simply not input properly or in a timely manner, causing them issues despite actually taking care of business in the classroom.

Regardless, though, the buck stops with the president’s office. Florida A&M’s proud fan base deserves better and, most certainly, the student-athletes do as well.