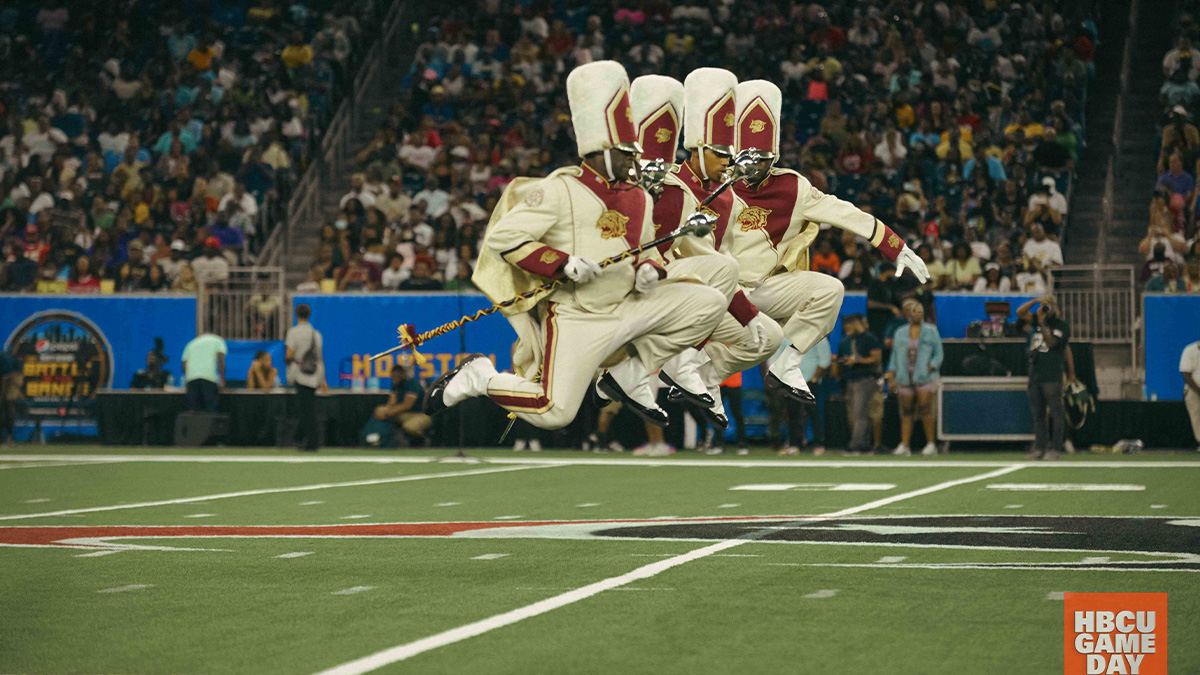 Fans of all ages enjoyed performances from 8 HBCU bands, Check out our photo gallery from the event.

The 3rd annual National Battle of the Bands took place in Houston’s NRG Stadium on August 27th.
This year featured an exciting change of format as the bands were allowed to face different sides of the stadium during field performances.

This year, immediately following the battle of the bands, fans were treated to a concert by Migos.

HBCU Drum Majors: They lead, excite, and entertain with their own unique style.

What would an HBCU band be without its dance team?

Heart and soul: The sounds you love and things you see wouldn’t be possible without these groups.

Lastly, the bands would cease to exist without these men and women who organize and lead.

The “National Battle of the Bands” event was created to be the nation’s best kick-off to the fall marching band season by showcasing new performances of the country’s top marching bands. This event starts the season off with a BANG! It offers unmatched exposure to the marching bands of Historically Black College’s & Universities, and demonstrates its broad appeal with attendance by a multitude of demographics- teens, young adults, families, college educated professionals, blue collar working class and even the active elderly.

Thanks to the support of Harris County Houston Sports Authority and the City of Houston, the “National Battle of the Bands” event will attract thousands of fans, alumni and students. The vision of the event’s creator, Derek Webber, is to strengthen the connection of the community to Historically Black Colleges and Universities by showcasing select marching bands and the role they play in educating aspiring musicians and developing future leaders.

The National Battle of the Bands’ mission is to enhance the exposure of Historically Black Colleges and Universities (HBCUs) and their marching bands, the roles they play in educating aspiring musicians and developing our future leaders. Event organizers have generated more than $700,000 in scholarships for the participating colleges and universities.