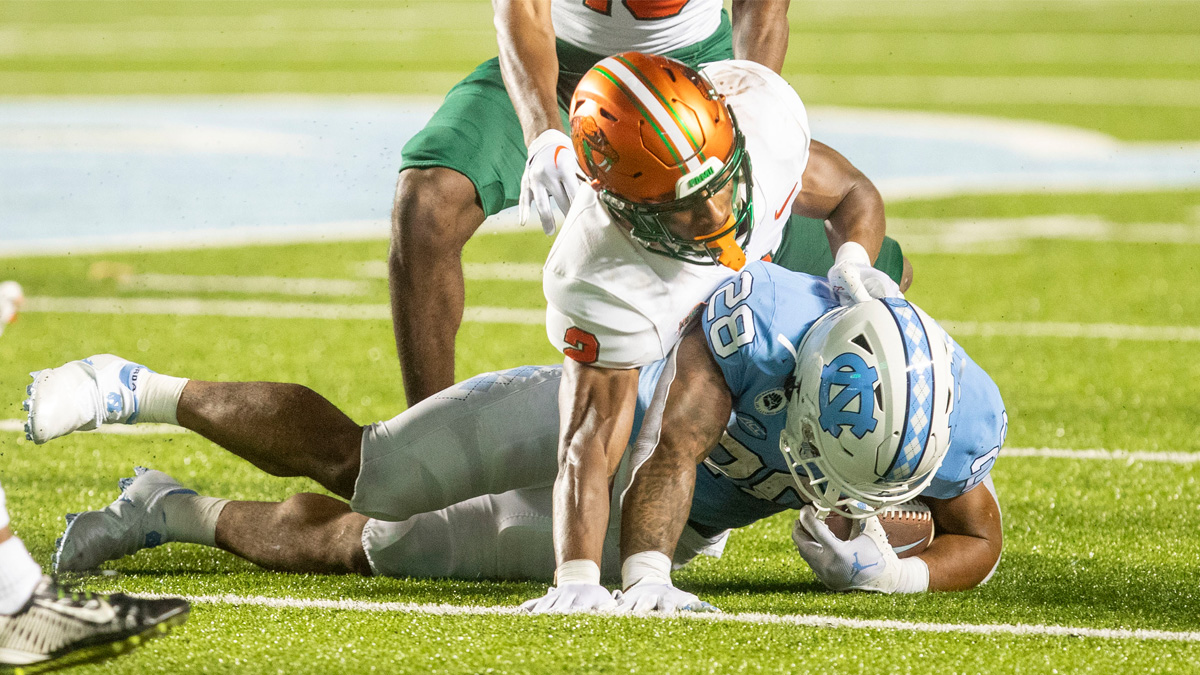 Florida A&M football players air out grievances, housing insecurity and a lack of adequate assistance, in a letter to the school’s president.

Florida A&M is set to take on Jackson State this weekend, but the football program started its week by sending a direct message to its president.

The FAMU football program issued a letter to President Dr. Larry Robinson, airing its grievances in the wake of a weekend in which it saw approximately two dozen of its members declared ineligible for the season opener against UNC. There was talk amongst the players of potentially boycotting the game, but they eventually decided to go ahead.

The following day, Robinson issued a letter attempting to explain the issue and defuse it. Now the student-athletes have responded in a letter obtained by ABC 27 in Tallahassee.

The letter claims that delayed financial award claims have led to players having eviction notices filed against them, impacting their credit.

“Dr. Robinson, when we signed our letters of intent to become student-athletes at FAMU, we agreed to perform at our peak in the classroom, on the field, and in the community,” the letter stated. “How can we realistically be expected to perform at a high level when we’re concerned with having adequate academic resources and whether or not we will have a roof over our heads and nourishment for our bodies?”

The letter also explained why Isaiah Land, the reigning Buck Buchanan Award winner, was deemed ineligible for the contest.

“He was instructed to take three, two-credit hour courses this summer, in order to meet satisfactory progress towards his degree,” the letter stated. He did so and passed all three courses. It was determined last week, at the beginning of the fall semester, that Isaiah actually needed three additional hours during the summer, which would not have been an issue had he received proper advisement. This situation left Isaiah three credit hours shy of satisfactory progress towards his degree, deeming him academically ineligible.

The players claim that insufficient academic support is the root of the eligibility issue, not student-athletes failing to fulfill their duties.

“Our campus partners also share responsibility in this fiasco,” the letter read. “During the admissions process, several of us had to submit academic transcripts, letters of recommendations, and immunization records multiple times because prior submissions were either misplaced or never forwarded to the proper departments.”

Florida A&M players also called out the school for failing to provide housing and meals during summer school.

“In the summer of 2021, we were provided tuition of up to six credit hours plus room and board. We were able to transform our bodies and developed into a championship caliber team,” the letter read. “This summer, your administration decided not to provide housing or meals for us during summer school. This decision has had detrimental effects on our preparation for the 2022 season. Many of us were not able to maintain or increase body weights because of a lack of nutrition. Most of us found minimum wage employment but because of educational and athletic obligations, we were unable to work enough hours to fully provide for our needs. Do you think that the same conditions are placed on the players at The University of North Carolina or Jackson State?”

The full letter can be read here.