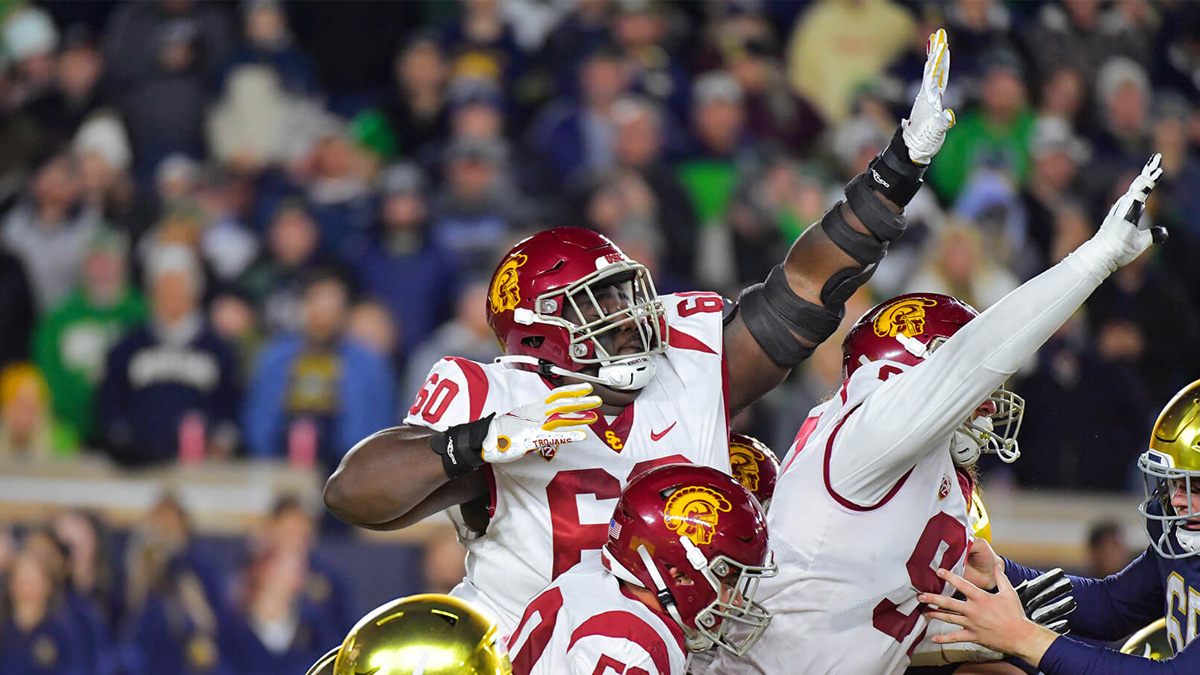 USC transfer to play for Deion Sanders at Jackson State

A USC subtraction is a huge addition for Deion Sanders and Jackson State football.

Maximus Gibbs, a 6’7, 285 pound lineman, has decided to transfer to Jackson State according to 247Sports.com. Gibbs came to USC as a three-star offensive lineman in the 2021 signing class, but was switched to defensive lineman last season before going back to the offensive side of the ball.

The Norwalk, CA native was featured in Snoop Dogg’s reality TV show “Coach Snoop” at the age of 13. By the time he arrived St. John Bosco High in Bellflower (Calif.) he was playing with a number of other future Power Five players, earning all-state honors from MaxPreps. He had offers from a bevy of Power Five football programs, but decided to stay in the state and play at USC.

Gibbs started his freshman season on the offensive line but was shifted to the defensive line in mid-season. While appearing in USC’s final 8 games (all but San Jose State, Stanford, Washington State, Oregon State), he had 2 tackles, including 1 for a loss of 2 yards.  He had a tackle against Arizona and a tackle for loss at Arizona State.

Gibbs was switched back to the offensive line in the offseason, but he entered the transfer portal in late August. Deion Sanders and Jackson State quickly scooped him up. His size and versatility make him a huge addition — literally and figuratively.

Jackson State is set to take on Florida A&M in the Orange Blossom Classic on Sunday in Miami.

USC transfer to play for Deion Sanders at Jackson State