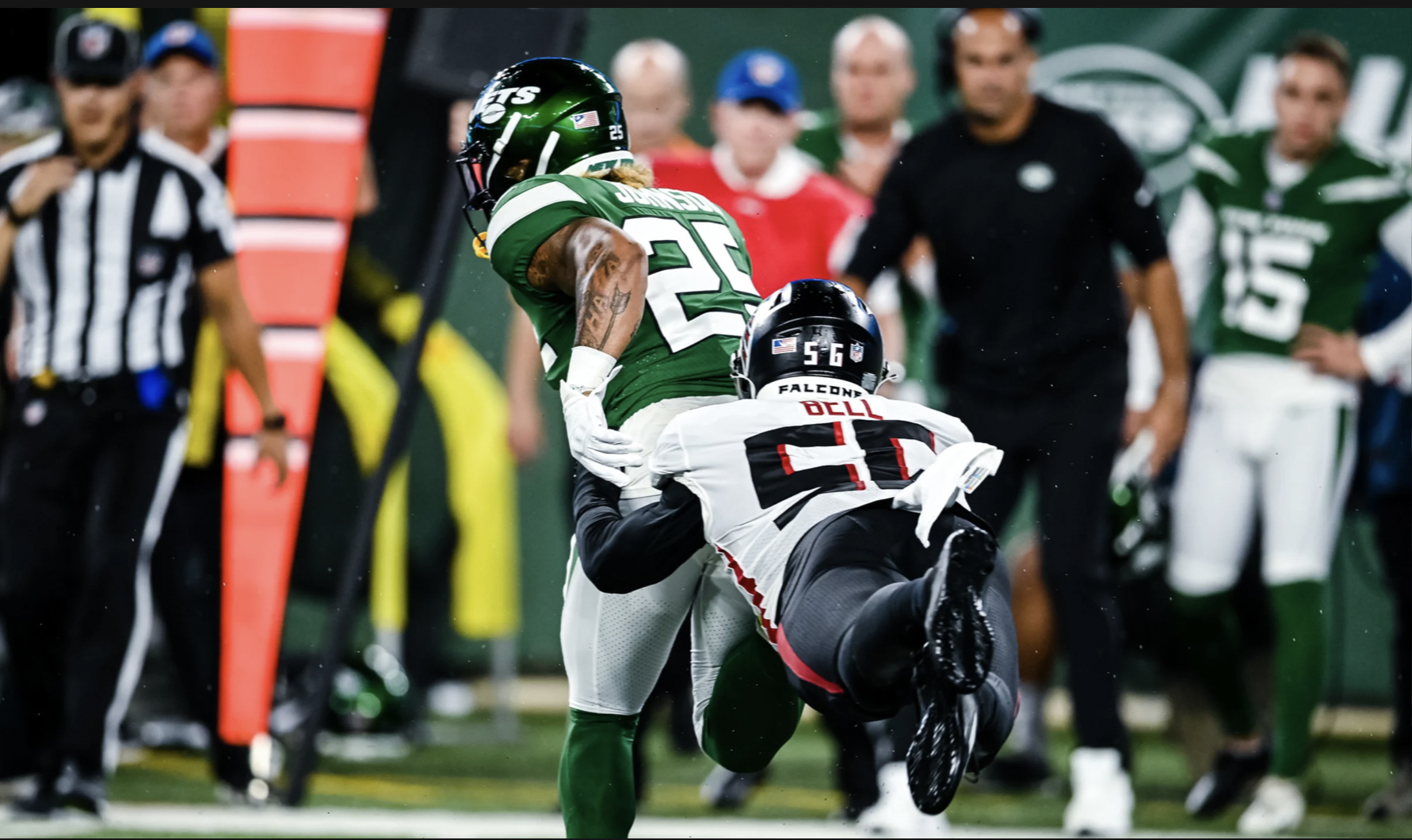 There were some interesting developments in this week’s HBCU NFL Report.

it was apparent that NFL coaches and brass wanted to get a good look at offensive linemen. They particularly had their eyes on those from the HBCU ranks. Most are trying to make their teams as back-ups or emergency starters.

Thirty-two players from HBCUs were in camps this week headed to cuts on Tuesday, August 23.

– #45  JOE THOMAS, LB, Chicago (8th season, SOUTH CAROLINA STATE) – Started at linebacker in  27-11 win over Seattle. He tied for the team high with seven total tackles, four solos and three assists, with one tackle for loss. Thomas played 41 snaps on defense (51%) and 14 on special teams (41%). The former two-time MEAC Defensive Player of the Year is looking to make his fifth team. He previously played for Green Bay, Dallas, Houston and Baltimore.

– #17 DAYLEN BALDWIN, WR, Cleveland (1st season, JACKSON STATE/MORGAN STATE) – Did not have a reception in two targets in the Browns’ 21-20 win over Philadelphia. Baldwin was in on 30 offensive plays (41%).

– #14 COBIE DURANT, CB, LA Rams (1st season, SOUTH CAROLINA STATE) – Started at cornerback for Rams in 24-20 loss to Houston and had two solo tackles on defense, forced one fumble and had a sack for -2 yards and had one pass defended. Durant was in on 23 defensive plays (36%) and eight on special teams (37%).

As you see above, there are more offensive lineman from the HBCU ranks in NFL camps (11) than any other  position.

Chicago linebacker Joe Thomas (SC State) is showing his worth as he had seven tackles while playing just over half the snaps for the Bears.

Two wide receivers were cut last week. Jequez Ezzard formerly of Howard was waived by Washington and Ryan McDaniel of NC Central was waived by Jacksonville.