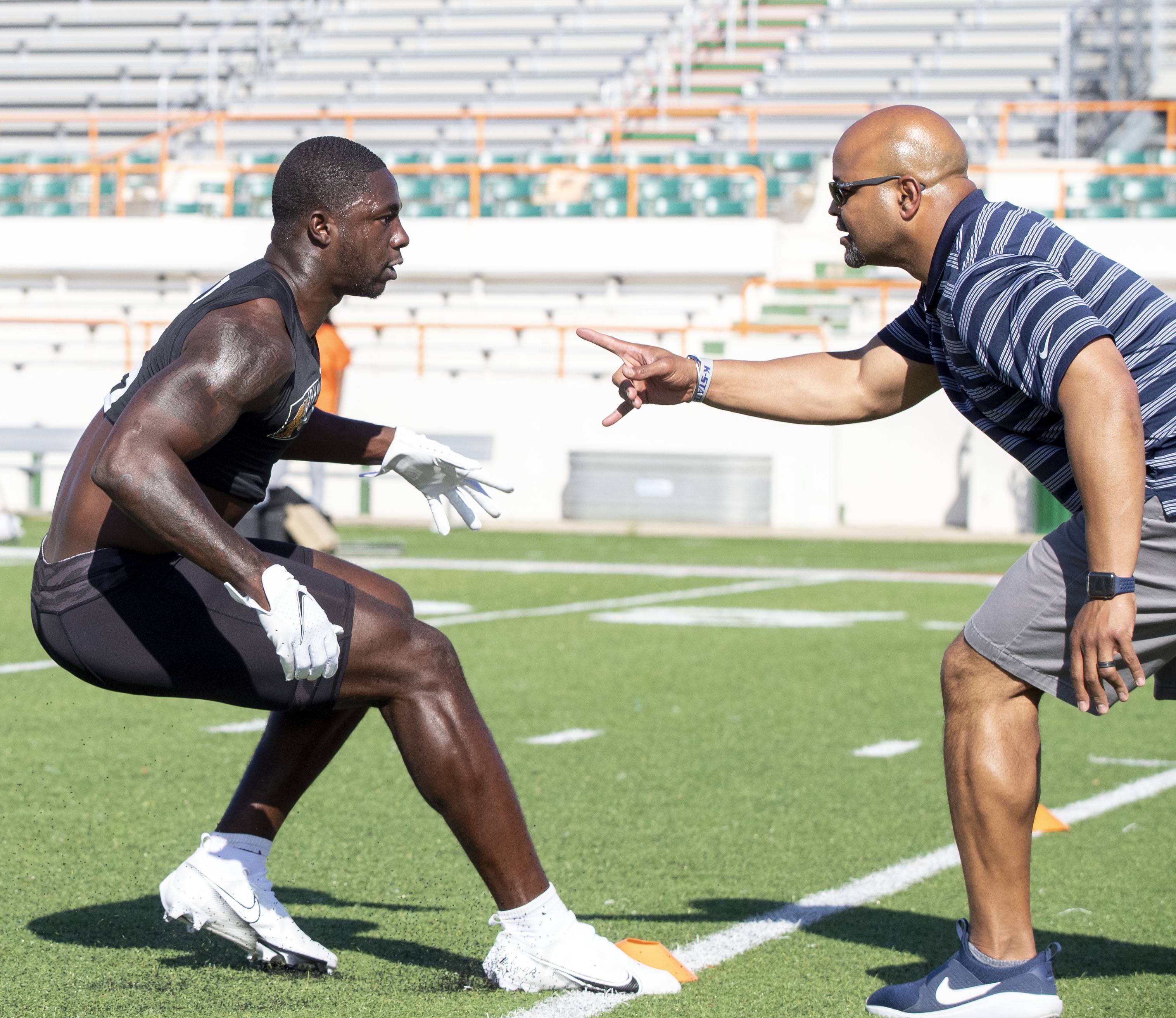 Opinion: Markquese Bell should have been drafted

Vaughn Wilson lays out the reasoning of why Bell shouldn’t have gone all weekend without hearing his name called.

TALLAHASSEE, FL–Since his first full practice as a Rattler, I knew Markquese Bell was destined for the NFL if he stayed healthy. When head coach Willie Simmons initially introduced me to him, I thought he was an outside linebacker. With an extremely firm handshake, a rock solid body and his 6’2” frame, I could see him being an awesome edge rusher.

But, Simmons said he was a hard-hitting safety. I immediately thought of Louis Oliver and Sean Taylor. He had nearly the exact same technique and frame. Later in that first practice, Bell displayed that amazing vertical leaping ability and snatched an interception and headed to the end zone for a “pick-six.” For two seasons, Bell was a model student-athlete. He attained his degree and played his senior season with reckless abandon.

After the season he was named All-American by every reputable football ranking. He also made the All-SWAC first team defense. As the season drew on, NFL scouts flocked to FAMU’s practices to put eyes on Bell. At one practice there were 12 scouts on the sideline inquiring about him at the same time. Bell was on a path to be the first Rattler drafted in almost a decade. He was invited to the NFL Combine where he impressed with a 4.41, 40-yard dash that allowed all to know that he had the linear speed.

At his FAMU Pro Day, he was the reason 31 NFL scouts came to Bragg Stadium to evaluate along with other prospects. With ESPN covering every step of his senior season, Bell became the poster child for a route to the NFL through an HBCU. While Bell will have his dream opportunity, because frankly even being drafted is not a roster spot, there is still a little sting that he was not drafted by either of the 31 teams in seven rounds.

This year’s draft was odd by several measures. It began by showing that this year’s class of quarterbacks was one of the weakest in recent memory. Four HBCU players were drafted, while Bell and several other HBCU stars signed free agent contracts immediately following the draft. What is curious is why Bell did not get a call over the three days of the 2022 NFL Draft. He was flown out to Dallas days before the NFL Draft to meet the coaches, general manager and team. It appears to be a lot of effort for a free agent pick.

In my mind I have to wonder if the shifting of the HBCU landscape has warranted some sort of backlash. While the “Power Five” conference schools have a stronghold on four and five-star athletes, the acquisition of Travis Hunter by Deion Sanders and Jackson State drew the ire of fans and threw up a red flag to the entire structure of the NCAA.

If with limited resources HBCUs could attract the top talent and get them drafted, the entire money system of the NCAA would be obliterated. We’re talking billions at this point. Could the NCAA powers-that-be have convinced or influenced an omission of one of the poster children for making it through an HBCU.

While we may never have a definitive answer, it must be considered because there is no way on Earth Markquese Bell should not have been drafted.

Opinion: Markquese Bell should have been drafted