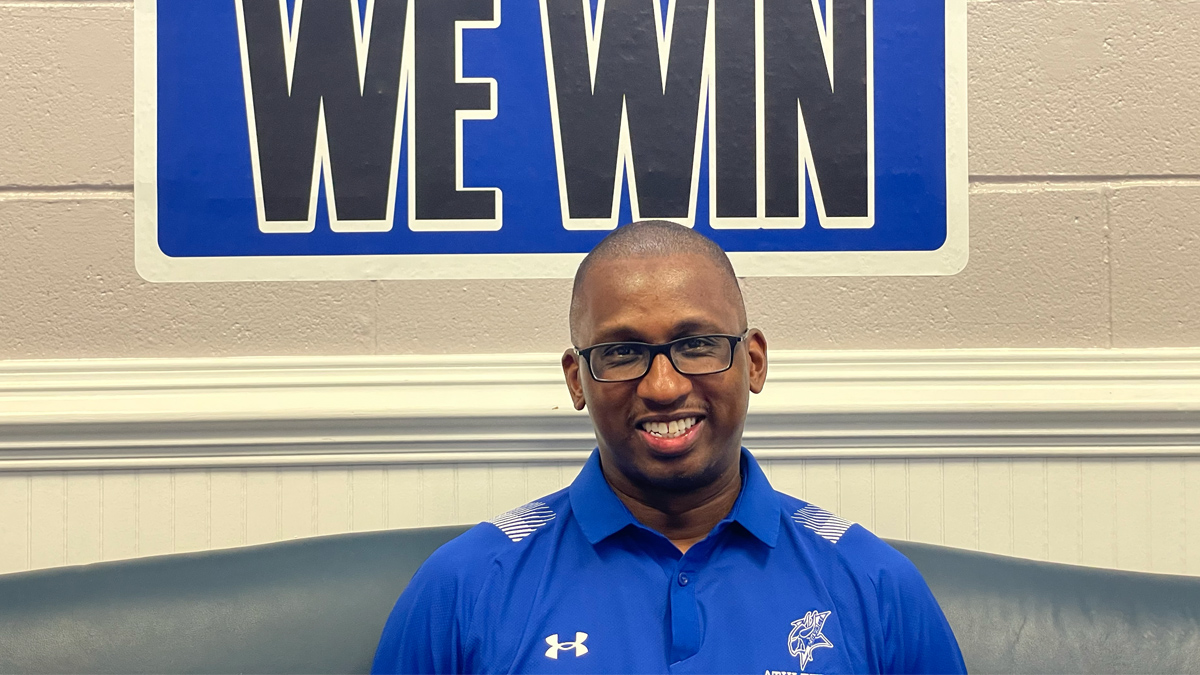 ELIZABETH CITY, NC — Elizabeth City State University is a place where change is the order of the day.

That applies in the department of athletics as well as the university as a whole. The man charged with pushing Elizabeth City State forward in athletics is James M. Dubose.

Dubose was hired as interim AD by ECSU Chancellor Dr. Karrie G. Dixon this spring after serving for nearly a decade at Winston-Salem State in a number of capacities. Even as an interim, he began to reshape the department not long afterward. ECSU parted ways with men’s basketball coach Shawn Walker Sr., and brought in Andre Gray to take over that program as a counterpart to Tynesha Lewis, who led the women’s basketball program to the CIAA Championship Game.

Dubose inherited new football coach Marcus Hilliard, who was hired a few months prior to Dubose’s arrival. Although the ECSU alumnus wasn’t his hire, he was a finalist for the WSSU job for which Dubose was tasked with helping oversee a few months earlier.

Here’s what he had to say about that as well as other issues regarding ECSU athletics.

How did your previous experience shape you for this role?

“Networking is key. Being able to pull on your network to bounce ideas, get support. Being able to find people to build a team. One of the things I’ve tried to do is make sure that we built our team so that it could better support our student-athletes. And as we do that…making updates to how we operate, how we function on a daily basis to make sure that our student-athlete experience is the best that it can possibly be.

We believe that if something happens at a major school in the country, one of the larger D1 schools, that we should be able to do the same things here, that our student athletes deserve the same experience. So our goal is to make sure that we speak to the entire student-athlete, not just the athlete, but the student.”

What is the alignment with the new football coach

Well, yes, we did connect in another search I had at another place. So he was a finalist for another position and just worked out that we were able to reconnect. It’s been great. He and I talk every day. I’m at practice every day. We meet almost every day together to really look at, the vision for the program, the direction we’re going in who we’re bringing in.

When I got here, I shared with all of the coaches I wanted to win. I wanted them to win in the classroom first and then in competition. And we’ve had all of our coaches add to their rosters, increase roster size, increase what they needed from a student-athletes to be able to to win a championship.

So I asked them why they didn’t win, and I told them to go out and get what they needed to win. It is very important that we bring the right people as far as coaches, as far as student-athletes. But it’s been an honor to have the opportunity to work with Coach Hilliard. I’m very excited by the direction of the program and everyone should be able to look out… The ECSU Vikings are on the trail.”

What does HBCU Gameday look like at Elizabeth City State

“Well, my goal is that everybody leaves with a wow. I want to give everyone a wow and want to make sure that this becomes not just a football game day, but it’s an experience for everyone that attends. We’re going to bring in bounce houses and we’re going to have vendors set up. We will have food trucks and we’ll have boats from the Coast Guard.

We’re bringing in new sponsors. We’ve got two TV games, two televised games. That hadn’t happened here for football in many, many, many years. So we’re really adding to our game day. We’re going to have some in-game giveaways. We’re going to start our season out appreciating this community, appreciating our students. So on the first game here in Roebuck Stadium this year, September 17th, some people from Winston-Salem State are coming down to try to paint our stadium red, but we’re going to make sure it remains blue because we’re going to bring in all of our employees from Elizabeth City Public School System.

They’re going to share with us that day. We’re going to honor them and thank them for what they do for this community and educating young minds across this community. We’re also going to celebrate our students here at ECSU. Every student who comes to the game, we have a special gift just for them, because we want them to know that they are major part of everything that we do here in athletics.”