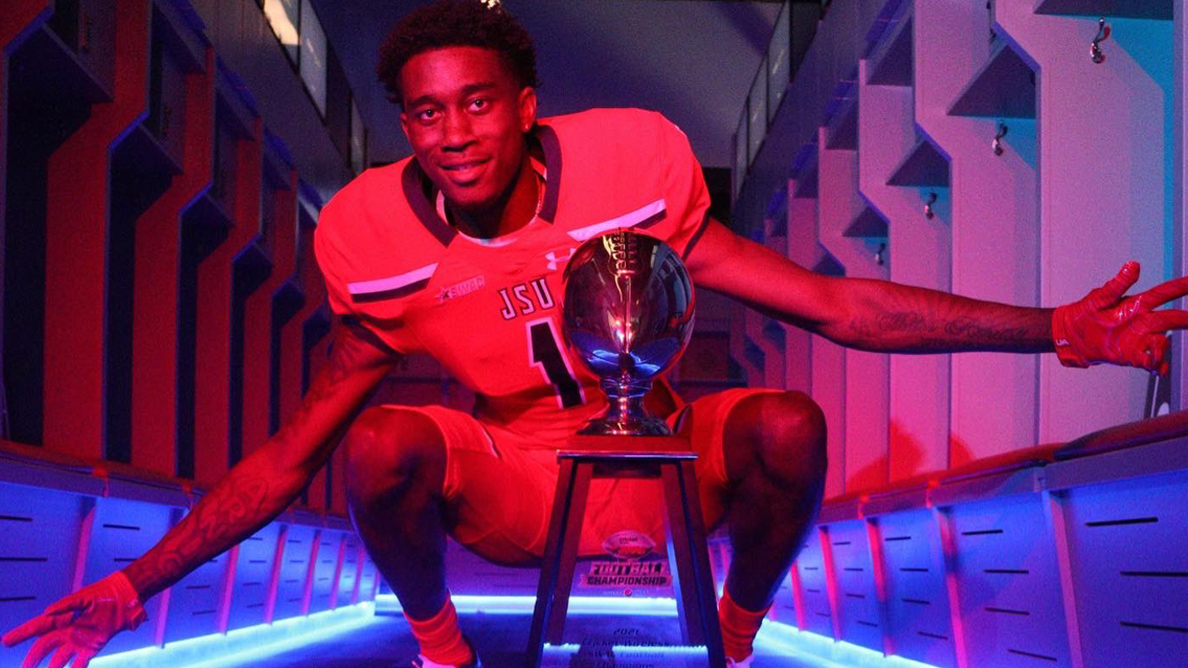 Jackson State just picked up another four-star talent for Shedeur Sanders to throw to starting in 2023.

Jackson State just snagged a commitment from another four-star receiver in the 2023 class.

Isiah Kendall of Newport, Arkansas has committed to JSU. He made his announcement via social media on Thursday afternoon.

The 6’4, 175 pound rising senior is ranked as a four star in the 247 Sports Composite and as the second best player in his class in the state of Arkansas, the 37th ranked wide receiver in the 2023 class.

Kendall had offers from multiple FBS schools, including Kansas, Florida Atlantic and others. SWAC schools Alabama A&M and Arkansas-Pine Bluff also offered him as well. Indiana and Arkansas recently made his top three along with JSU.

“I want a school that makes me feel welcomed, and a place that feels like home,” Kendall told 247 Sports in April. “I also want to be surrounded by a lot of people that will push me to be my best.”

Jackson State first offered Kendall in early March. He then attended JSU’s Junior Day late last month, which coincided with the program’s ESPNU televised spring football game. Kendall also plays basketball and runs track in addition to football. He’s not only a sprinter and a jumper, but also a hurdler on the track.

Kendall is the second class of 2023 wide receiver to commit to JSU, joining four-star Robert Lockhart III. Lockhart committed on the same day that Kendall visited JSU. This comes on the heels of JSU landing 2022 four-star Kevin Coleman, who will be catching passes from Shedeur Sanders this fall.

Sanders will have to wait a while to throw to Lockhart III and Kendall, but it’s never too early for opposing defensive coaches to start worrying.