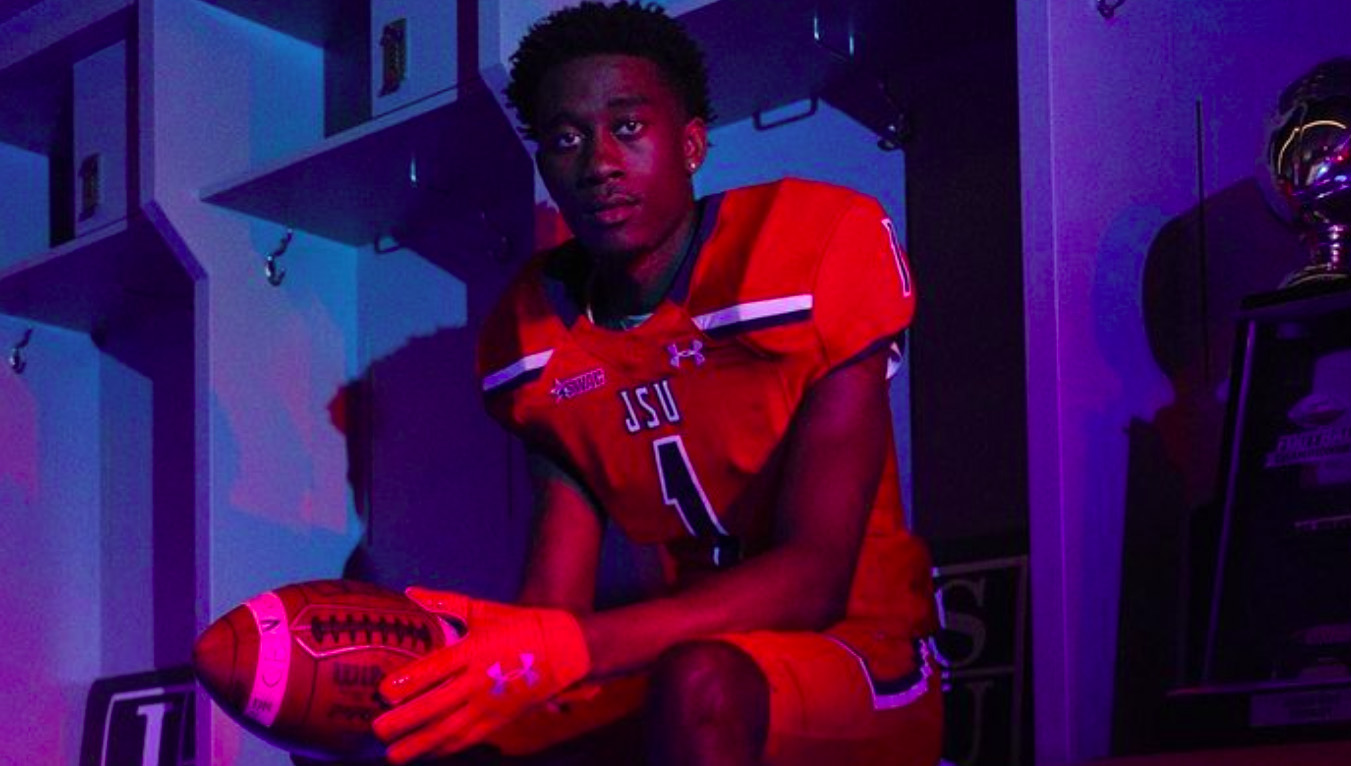 Will the “J-Hat” claim another one.

Isiah Kendall, a four-star wide receiver in the class of 2023, has included Jackson State in his top three choices for college destinations.

Kendall dropped his list over the weekend, which also includes Indiana and Arkansas State. The 6’4″ 175 pound Newport, Arkansas product has a four-star rating according to 247 Sports Composite. He’s listed as the No. 35 wide receiver in the nation, and the second best in Arkansas.

He also has offers on the table from Power Five programs like Kansas, Pittsburgh and Arkansas.

Kendall posted photos on his Instagram account the day after the Jackson State spring game wearing a JSU jersey in the locker room. That post had 375 likes and several interactions in favor of the jersey choice.

In addition to football, Kendall plays basketball and participates in track and field. He ran a verified 11.08 in the 100 meters and has high jumped 5’6″.

Jackson State fans will tell you whenever the “J-Hat” is on the table, they like their chances. We’ll see if the momentum of Deion Sanders will continue for the SWAC Champions and land Isiah Kendall.