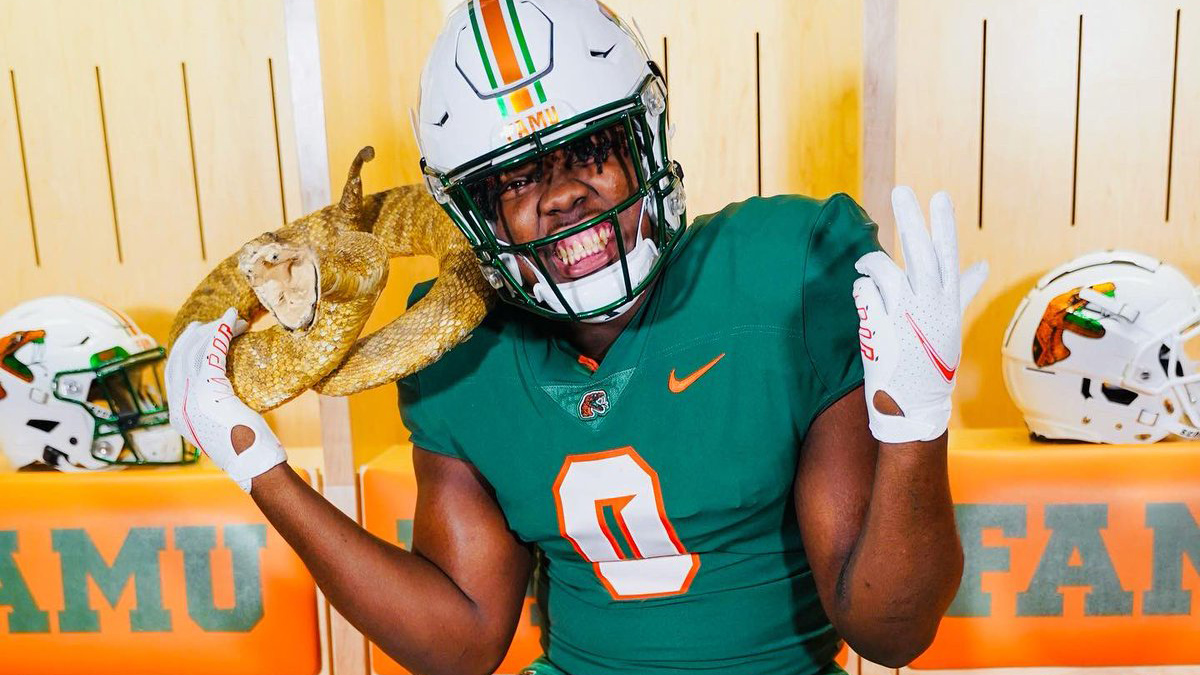 Christen Miller is one of the top unsigned prospects in the 2022 recruiting class. He had a full day at FAMU.

Christen Miller, one of the nation’s top unsigned prospects in the 2022 class, got a chance to get a test of HBCU life.

Christen Miller is a 6’4, 285 pound defensive lineman from Cedar Grove High School in Ellenwood, GA. He’s rated just outside the top 100 prospects by 247 Sports at no. 106. He’s also rated as the 16th best defensive lineman and the 11th best player in his home state.

On Saturday he took an official visit to Florida A&M to see what the school has to offer. Part of Miller’s trip included a chance to view FAMU’s newly re-furbished locker rooms and see how he looks in the orange and green. He was then shuttled to the Alfred Lawson Jr. Multipurpose Center as Florida A&M hosted Alcorn State in men’s basketball.

Saturday was a big day at Florida A&M in several ways. In addition to the four-star recruit’s visit, the men’s basketball program stepped onto the court with their brand new LeBron James custom sneakers — and the game was an exciting one.

Miller got a chance to cheer along with the crowd and do a little swag surfing. He also got the chance to chop it up with Isaiah Land, the newly crowned top defensive player in FCS football as the winner of the Buck Buchanan Award. He was one of six players there on official visits.

The entire crowd was treated to a great game that came down to the wire. Johnny Brown’s late 3-pointer with 11 seconds gave his team the space it needed to collect a treasured SWAC win.

As for Miller, he seemed to enjoy his visit. This isn’t the first time FAMU has hosted an elite defensive lineman. Back in 2018 it hosted Kayvon Thibodeaux. He would go on to pick Oregon where he turned himself into a first round NFL Draft pick. The odds are against Miller selecting FAMU on signing day, but in this post-Travis Hunter word, we can never say never. Signing Day will be here before you know it.