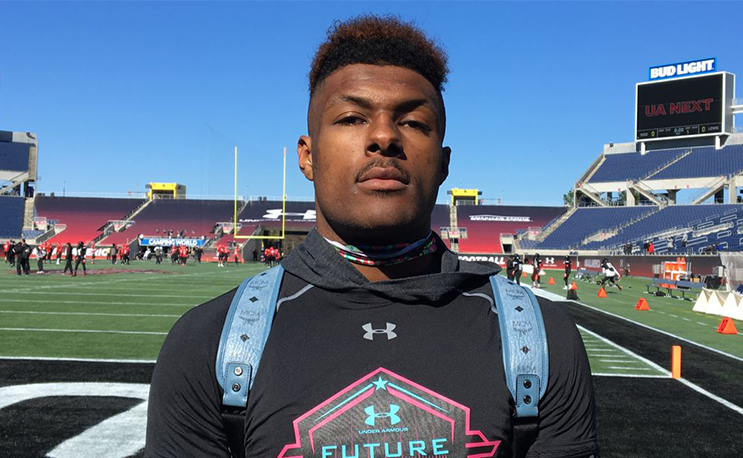 The top prep football prospect of 2019 will take an unofficial visit to FAMU this month.

This is not a drill. The top overall football prospect in the country is taking an unofficial visit to an HBCU.

Kayvon Thibodeaux, a 6’5, 235 pound defensive end at Oaks Christian, announced via Twitter that he would be visiting Florida A&M on July 29th. Thibodeaux is listed as the top recruit of the 2019 signing class by USA Today.

Obviously, new FAMU head coach Willie Simmons was stoked at the opportunity to show the highly sought-after recruit around in Tallahassee later this month.

The feeling you get when the #1 OVERALL player in the country tells you that he is making an unofficial visit to your campus! #FangGang19 #FAMUly #FallIn pic.twitter.com/juCXwoW4ou

Realistically speaking, the chances of Thibodeaux landing at FAMU are very small. He revealed his top five schools late last month and FAMU was not on the list. It looked very much like the usual suspects: Alabama, Oregon, Florida State, Florida and USC.

The fact that Thibodeaux, who currently holds more than 40 offers, is willing to take the visit and publicize it is certainly a win for FAMU. Especially as it is still looking to record its first winning season since 2011. If nothing else, it speaks to the idea that prospective student-athletes are at least curious about the HBCU life.