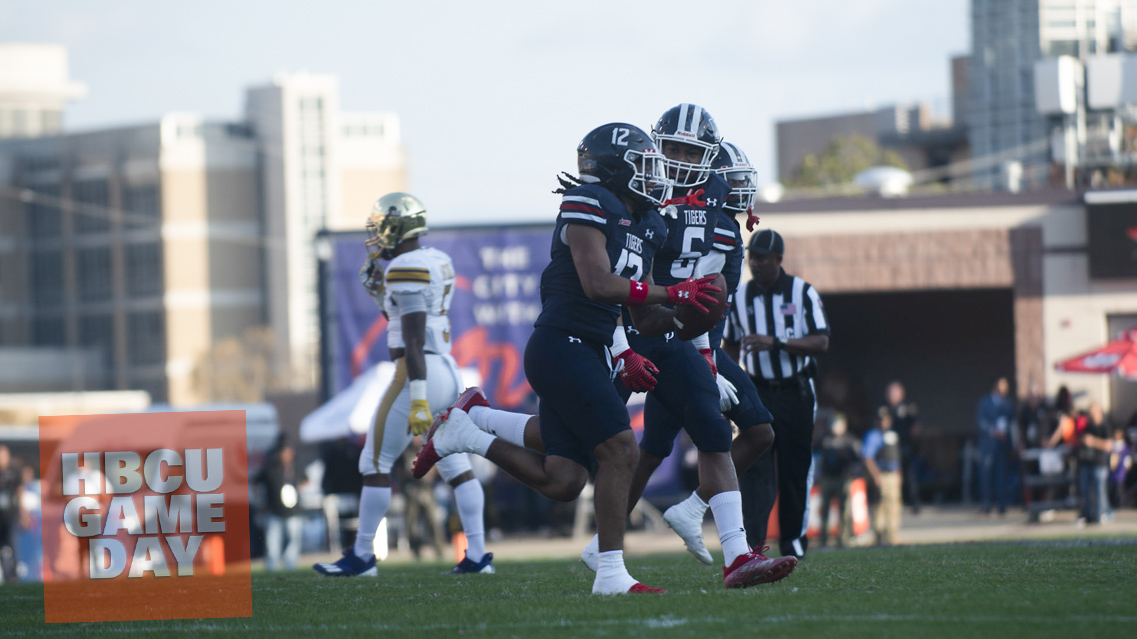 Deion Sanders and JSU credited with $30 million impact on Jackson

The success of Jackson State under Deion Sanders in his first year as head coach has helped the bottom line of the city as well as JSU.

JACKSON, MS — The city of Jackson, Mississippi waited for nearly 15 years for a SWAC title before Deion Sanders and Jackson State brought it back. Janet Buckley made sure she was there to see it in person.

The JSU alumna (Class of 2002) showed up to the tailgate rocking a no. 21 jersey on her back and put one on her son as well.

“This means everything. We’ve been waiting on this. We’ve been down for a while — we’re happy to be back,” Buckley said. We’re happy to represent Mississippi and become the SWAC Champions and head to Atlanta.”

Buckley’s proclaimation was about two hours before she and 50, 127 other fans filed into Mississippi Veterans Memorial Stadium to watch JSU bring home its first SWAC title since 2007 as it beat Prairie View A&M 27-10.

That is assuming she went in. The tailgate vibes were high and many folks stayed outside and enjoyed the food and fellowship — and probably much better wifi than inside the stadium.

It was, indeed, a festive atmosphere for most of the day on this warm December Saturday. Fans from far and wide descended upon the City of Soul, including those wearing purple and gold for school affiliation.

K.B. Boyd flew in from Houston to support his HBCU. He was confident that it would pull off the upset.

“We flew in to come see PV shock the world. At least the HBCU world. We gon’ shock the world, PV fittna win this damn championship game today, and we on the way to Atlanta in a couple of weeks.”

That’s not going to happen now, unless he’s going to support the SWAC Champions. They had plenty of support last week, as fans and alumni came into town from all over. And they spent money too. Not just on championship Saturday, but throughout the year.

Charles Ward has been selling JSU merchandise outside The Vet for over 15 years. While JSU traditionally has done very well in attendance, Ward says the difference is palpable.

“We have really seen an uptick. Coach Prime is doing an excellent job,” he said. “We’re so happy to have him here, that he decided to come here, you know, and we’ve been doing real good. The spirit is real high here in Jackson. Our business is real good.”

Indeed, the business of a winning JSU has brought lots of money to the state capital, whose residents are majority African American. Visit Jackson officials told WAPT that it credits JSU with creating approximately a $30 million impact on the city.

“I don’t think we’ve seen anything like that! It’s record-breaking,” Visit Jackson’s Yolanda Clay-Moore said. “It’s vital. A lot of businesses have closed even because of the pandemic, so for this to be happening at this time it’s an important time in our city.”

Prior to the championship game, Deion Sanders acknowledged the impact of his program on the city. And he was clear in the fact that he hoped to see some of that support returned to the football program for recruiting.

“Yeah, I think we outdrew Ole Miss and Mississippi State last game (vs. Alcorn State),” he said. “Somebody say something. Clap for us or something like that. Clap for us. Clap for with a check. I don’t want you to clap with your hands. Clap with a check so we can keep this thing going.”

While dollars and cents matter, that impact is likely even more meaningful to a city in the deep south that is overwhelmingly black in an economically-challenged state. When JSU kicked off the spring season, Jackson was dealing with a major water shortage due to faulty infrastructure after winter weather. Through the team’s winning and Sanders creating visibility in ways only he can, the city of Jackson has weathered the storm and had several wins as well. The hope in Jackson is that there are more on the way.

Deion Sanders and JSU credited with $30 million impact on Jackson