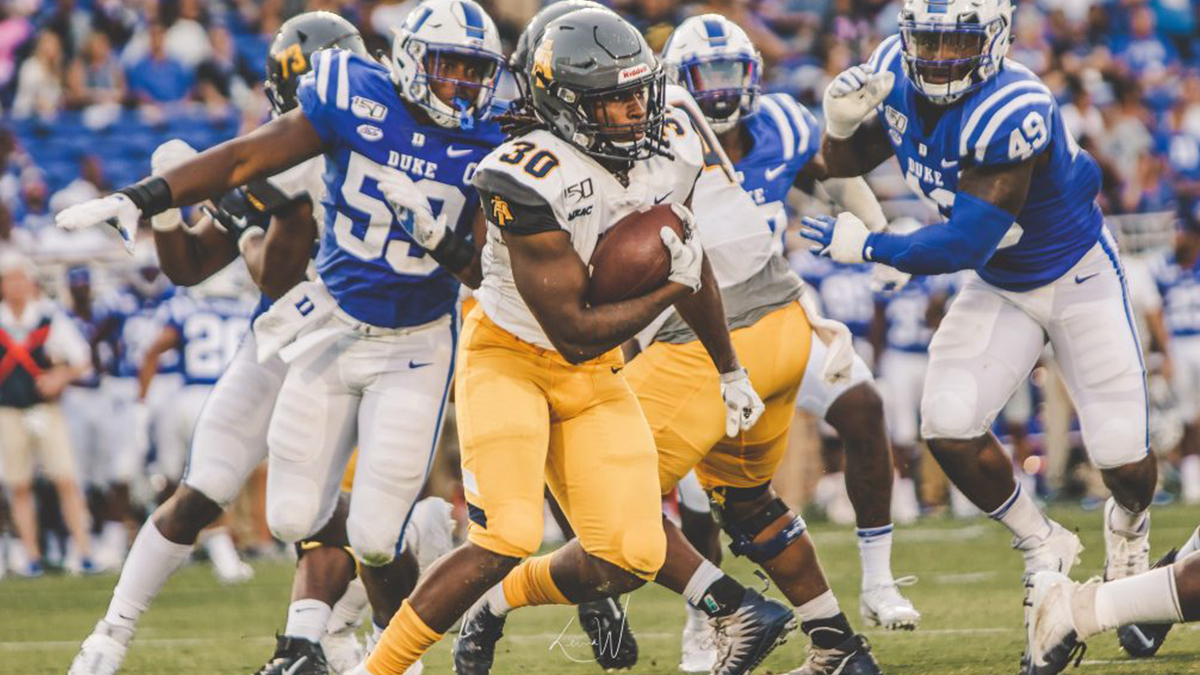 NC A&T is at Duke Friday, one of 11 HBCU FCS vs. FBS games in Week 2. Two SIAC vs. SWAC challenges and two CIAA games involve ranked teams. See the list.

All eyes will be on Memphis Saturday as Jackson State (1-0) and Tennessee State (0-1) meet in the top HBCU football game of Week 2 in the Southern Heritage Classic. The game will match the latest two NFL stars to join the HBCU coaching ranks – JSU’s Deion “Coach Prime” Sanders and TSU’s Eddie George.

Both head coaches have brought some of their NFL buddies with them on the sidelines.

Thurman’s defense, in a 7-6 win over Florida A&M last Sunday, performed admirably. Jackson’s unit, in a 16-10 loss to Grambling Sunday, struggled. The chess match between the two should be quite interesting.

Fayetteville State (1-0) had one of the more impressive wins last week rolling up 415 yards while holding Elizabeth City State to just 101 yards in a 47-6 blowout win. FSU has a much tougher date this week as it travels south Saturday (6 p.m. ET) to play at nationally-ranked Wingate (1-0). The Bulldogs, ranked 21st in the AFCA Div. II Coaches poll, won at home last week over Shaw, 30-7.

HBCU football: Getting off the deck

After a week off following its loss to North Carolina Central, Alcorn State (0-1) is back in action hosting Northwestern State (6 p.m., CT). The Demons (0-1) were beaten up last week by North Texas, 44-14.

Florida A&M (0-1), a 7-6 loser to Jackson State, will try to rebound (6 p.m. ET) against surprising and dangerous Fort Valley State (1-0). The Wildcats gave new head coach Maurice Flowers a rousing debut with a 30-0 whipping of Tuskegee Sunday in the Red Tails Classic in Birmingham.

Miles has another date against a SWAC opponent on the road as they travel to Southern (0-1) Saturday (6 p.m. CT). Southern (0-1) is coming off a 55-3 drubbing from Troy. Miles was a PAT short in a 14-13 overtime loss last week at Alabama State. The game is the Pete Richardson Classic named for the former Jaguars coach. The Jaguars’ first home game will be dubbed the PRC going forward.

FCS paydays vs. the FBS