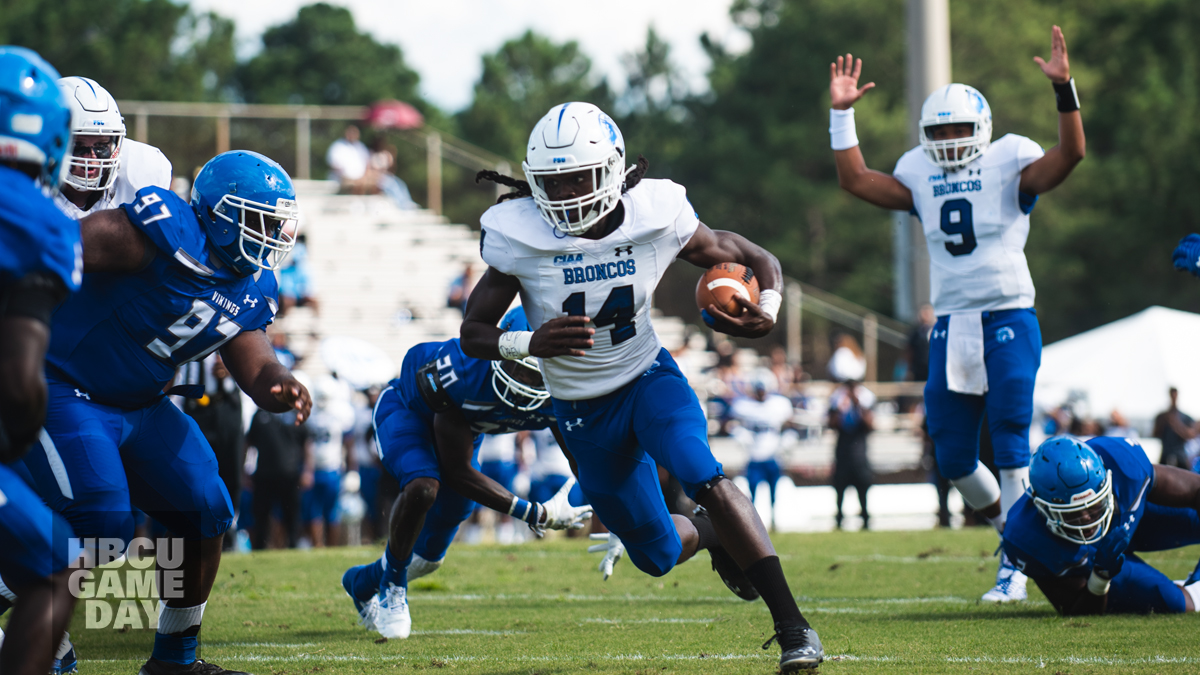 Fayetteville State dominated Elizabeth City State from start-to-finish as it began its quest for the 2021 CIAA title.

After feeling the sting of defeat three times in the last three seasons, Fayetteville State brought the pain to its opponent in the season opener.

FSU put up a dominant performance to beat Elizabeth City State 47-6 in the 24th annual Down East Viking Football Classic.

The Broncos put up 415 yards of offense while limiting the Vikings to just 101 yards on 54 plays. Quarterback Khari Lane was solid, completing 12 of 17 passes for two touchdowns. One of those was to Tyeous Sharpe, who had a five-catch, 79 yard performance.

Running back Donshell gained 91 yards while Johnnie Glaspie and Darnell Walker both added scores, including a 78 yarder from Glaspie.

Fayetteville State was equally as impressive on defense, maybe even more than on offense. Lineman Keyshawn James had seven tackles, six of them behind the line. He finished with 3.5 sacks as his team overwhelmed ECSU. ECSU averaged -.1 yards per rush and just four yards per passing attempt.

Defensive back Joshua Williams finished with 4.5 tackles and an interception which he returned 32 yarrds for a score that put FSU up 28-0 heading into halftime.

FSU head coach Richard Hayes said he was pleased with his team’s performance in its first game since the 2019 CIAA Championship.

Fayetteville State will travel across the state next Saturday when it takes on no. 21 ranked Wingate.