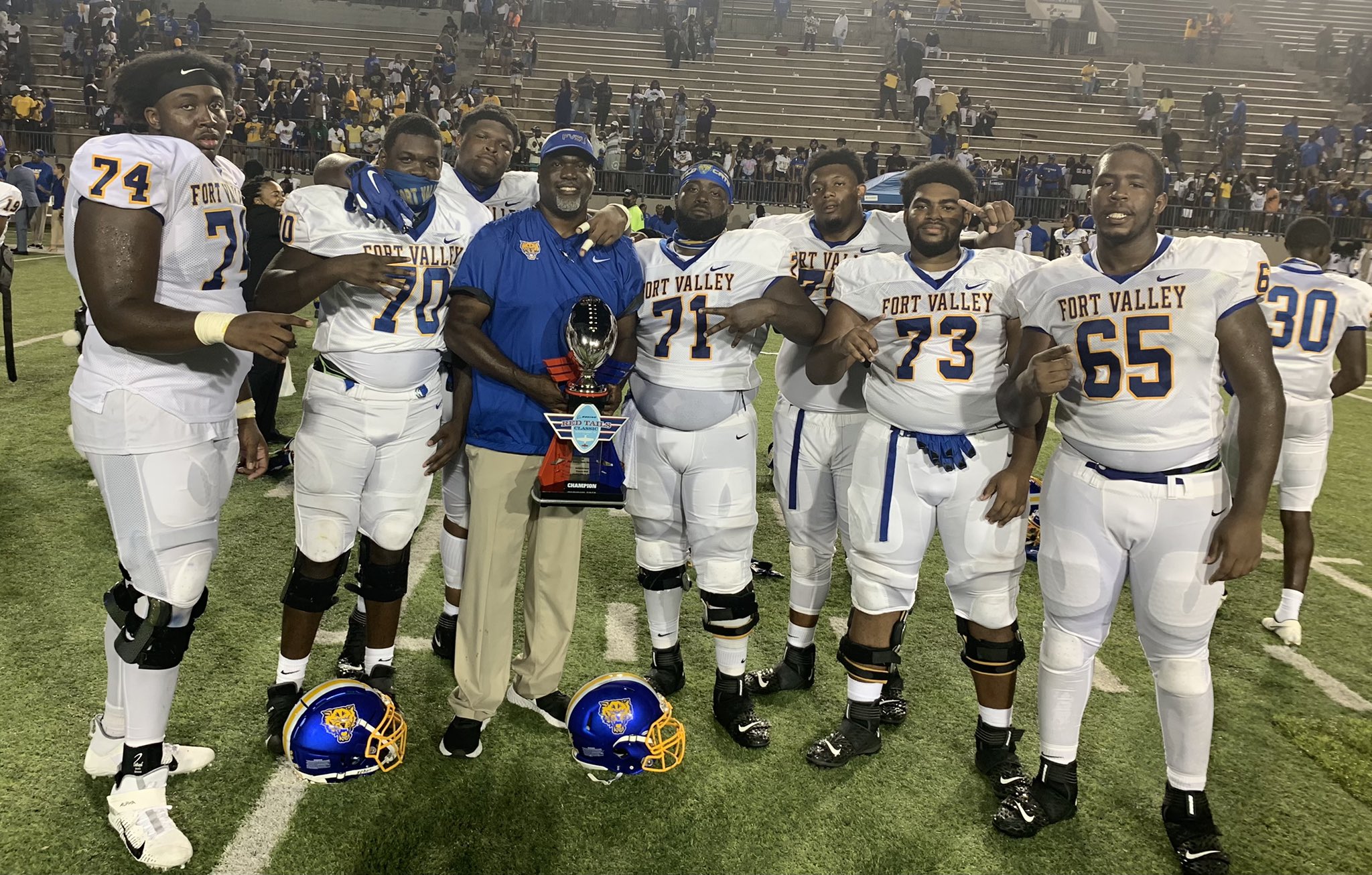 MONTGOMERY, Ala. – Business was handled in the Red Tails Classic. The Fort Valley defense made its presence felt early and set the tone with a goal line stand on its first defense on the night. FVSU used a stifling defense and coming-together offense as the night went along and posted a 30-0 shutout of Tuskegee University in the Inaugural Red Tails Classic Sunday night.

Following an opening FVSU (1-0) turnover on the fourth play of the game, the Blue and Gold defense manned up for the first time of what would be many on the evening. After the Golden Tigers (0-1) drove 35 yards to the goal line, the Wildcats duo of Tyler Moore and Deon Andrews wrestled the ball carrier to the ground shy of the endzone.

The two rivals stayed in a defensive battle until Moore recovered a Tuskegee fumble three minutes into the second frame of the scoreless contest. Eight plays later, Andre Labat connected on the first of three field goals coming from 42 yards for a 3-0 FVSU lead. The graduate kicker added a second field goal to make it 6-0 at half.

The Wildcats defense, though, dominated out of the half. Andrews scooped up a Golden Tigers quarterback fumble on the first possession of the third frame. Tyrell Jackson found Jhi’Marre Brown from six yards only six plays later for the night’s first touchdown.

Zaquan Baldwin hit the Tuskegee quarterback and Jaylen Brown grabbed the fumble on the next possession. Six plays again was the magic number when Jackson lofted a scoring pass to the right corner for Shemar Bridges and a 20-0 advantage.

The trio of Tuskegee turnovers was capped when Moore blitzed off the left corner to jar free the ball into the waiting hands of Zach Anderson, who raced straight up the field 60 yards for the third FVSU score in 12 minutes of the third frame and 27-0 dominating lead.

On the defensive line, Antonio Golden and Jahseari Patterson combed for 13 tackles, four sacks and 7.5 tackles for loss. Matt Bush downed five ball carriers from his middle linebacker spot.
Moore paced the FVSU secondary with seven stops to go with his sack and strip and combined tackle with Andrews on the opening goal line stop. Christian Maddox snatched the lone FVSU interception.

Jackson guided the offense where he completed 17 of 34 pass attempts for 166 yards with two touchdowns and an early first-half interception. He added five rushes for 26 yards.

The FVSU offense amassed 284 yards with 166 passing and 118 rushing after a very slow start to the night.

FVSU will now stay on the road as it heads down to Tallahassee, Fla., next Saturday night, Sept. 11. The Rattlers of Florida A&M host the Wildcats in a 6 p.m. kick-off.

NOTE: The FVSU win snaps an 8-game losing streak to Tuskegee with the last victory coming back on Oct. 16, 2010, which was also a shutout of a 26-0 final.