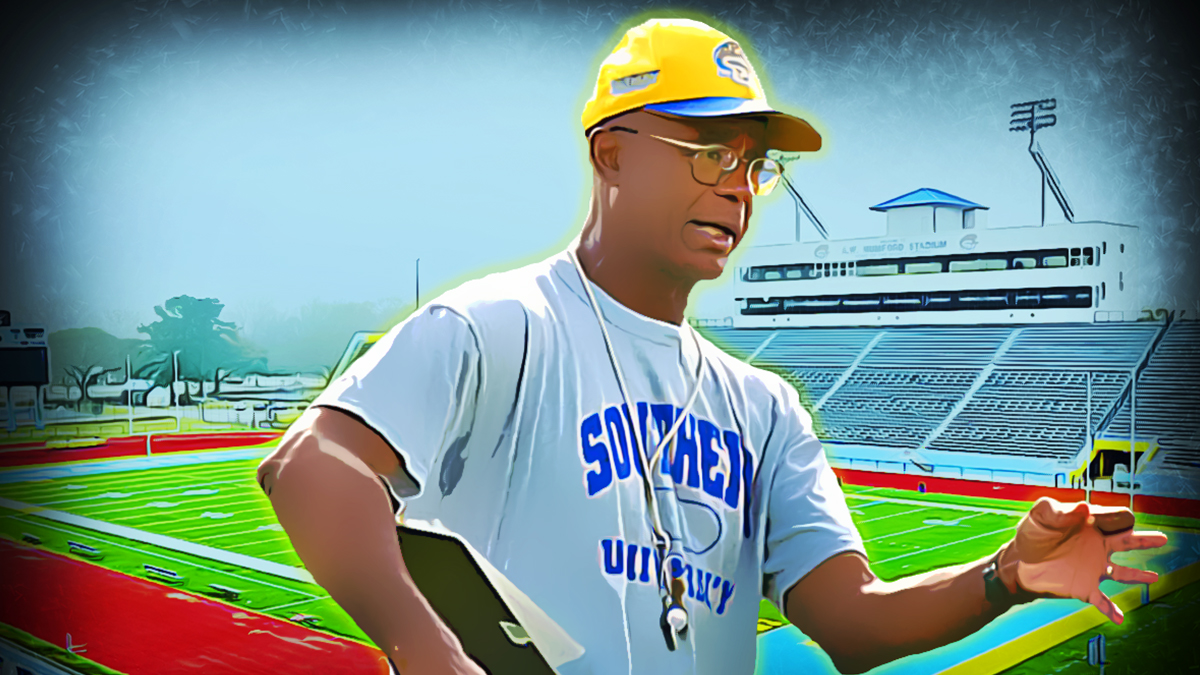 Nearly 30 years after re-storing Southern University to glory, Pete Richardson is set to get a big honor from it.

A few days after his mentor received the same honor in North Carolina, Pete Richardson will now have a football field bearing his name.

Southern University announced on Friday that it will be naming the field at A.W. Mumford Stadium after the man who restored it as a SWAC and HBCU power in the 1990s and 2000s. The official ceremony will take place on Sept. 11 vs. Miles at the annual Pete Richardson Classic.

“He’s one of our most celebrated legends,” Southern athletic director Roman Banks said via the Baton Rouge Advocate. “He was the one to awaken Jaguar Nation and lead us to national championships. Coach Mumford set the standard for football here and Pete Richardson re-birthed that standard. It’s only fitting for those two power personalities — they were similar in personality — to take their rightful place together.”

Richardson led Southern to five SWAC championships from 1993 through 2009. He also brought home four Black College National Championships and dominated the Bayou Classic vs. Grambling. His overall record at SU was 134-62, second only to Mumford.

“Coach Rich still brings a lot of attention to Southern University athletics,” Banks said. “We wanted to recognize what he has done and his legacy. Without it we wouldn’t be celebrated as the potential power we are today.”

Indeed, when Pete Richardson arrived in Baton Rouge in 1993, Southern hadn’t won an outright SWAC title in nearly 50 years. He wasn’t the first choice — Marino Caseem wanted to hire Archie Cooley — but he turned out to be the right one.

“Everybody was on board. We realized this wasn’t a competition between the two coaches. This is a shared celebration. We’re fortunate to have two football icons from different eras. We are all appreciative of him and wanted to make sure going forward we’re able to spotlight our iconic national figures.

Indeed, when Pete Richardson arrived in Baton Rouge in 1993, Southern hadn’t won an outright SWAC title in nearly 50 years. A former NFL defensive back who played at Dayton, Richardson started his collegiate coaching career as an assistant for Bill Hayes at Winston-Salem State. When Hayes left to take over at North Carolina A&T, Richardson took over as WSSU’s head football coach, leading it to three CIAA titles (1988, 1990, 1991) in five years.

Coincidently, it was announced this week that the football field at Bowman Gray Stadium will now bear Hayes’ name.