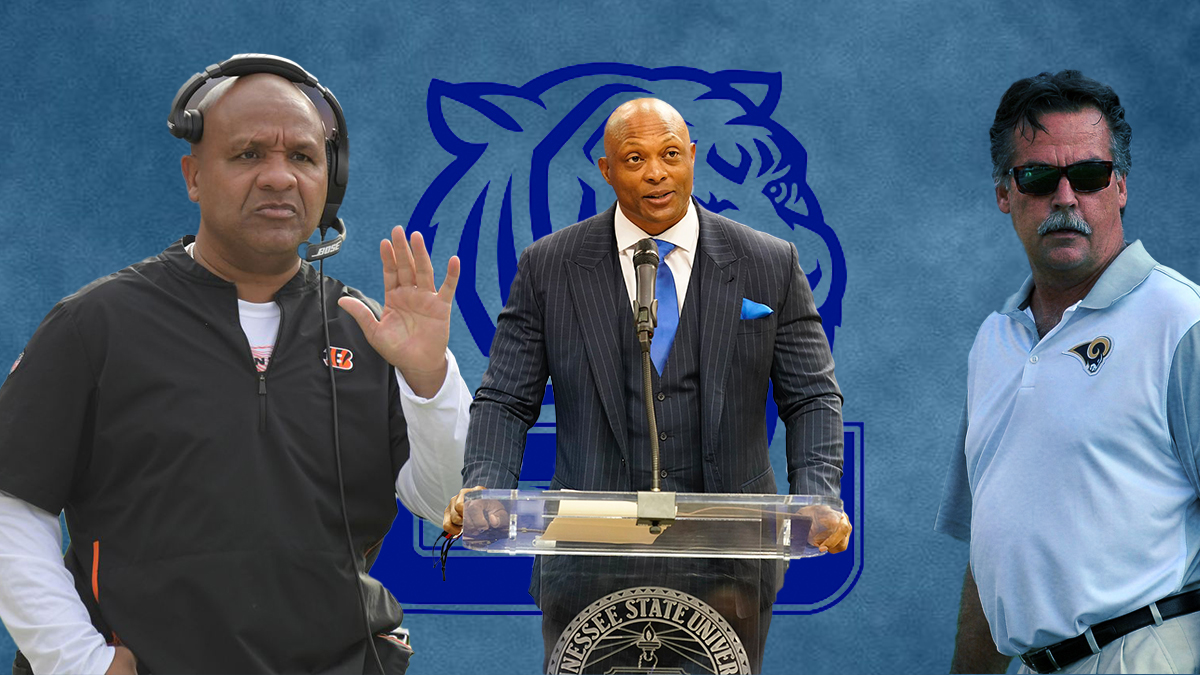 Eddie George will have one former NFL head coach as an offensive coordinator and another as a mentor at TSU.

Eddie George has never been a head coach, but Hue Jackson has. And it looks like the former Cleveland Browns coach is headed to Tennessee State to help George out.

Multiple media outlets have been reporting that Jackson will serve as offensive coordinator at TSU as part of George’s staff. Jackson has a total of 31 years of coaching experience, the bulk of it in the NFL over the last two decades.

Jackson started his coaching career as a graduate assistant at his alma mater, Pacific. He also had a stint at Cal State Fullerton before bouncing around the PAC-10. He has coached at Arizona State, California and USC where he was OC and quarterbacks coach in 2000. He helped recruit Carson Palmer, whom he would later coach with the Cincinnati Bengals.

Jackson won’t be the only former NFL coach helping guide George at TSU. Jeff Fisher, George’s coach with the Oilers and Titans in the NFL, has served as a mentor for him. It has been widely reported that his son, Brandon, will serve as assistant defensive coordinator at the Nashville HBCU.

The younger Fisher has been sharpening his coaching chops over the last decade. He served as defensive backs coach for the Rams during his father’s last season at the helm. He was Southern Utah’s defensive coordinator in 2019 and spent last year as a defensive analyst for Auburn.

Eddie George revealed at his press conference that Jeff Fisher helped light a fire under him when presented with the opportunity to coach.

“Having Jeff has been invaluable. He’s really gone out of his way to guide me, to teach me to show me all the blindspots,” he said. “Things to think about away from the field in terms of running things efficiently. Setting up your camps, all the stuff that you need to present the package for the players. And that stuff has been huge.”