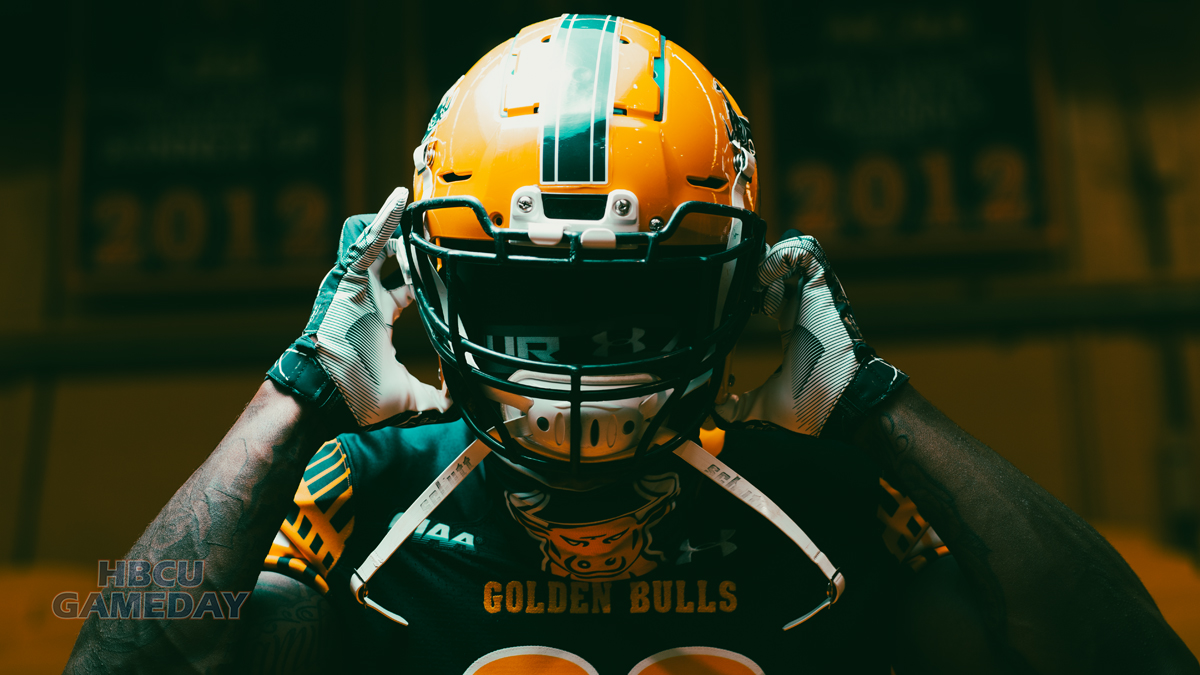 New-look JCSU expecting a turnaround in 2021

Johnson C. Smith has a new look and a new attitude heading into 2021. Will it translate into the first winning season in nearly a decade?

Ivoree Atkins concealed his excitement well when taking photos in Johnson C. Smith (JCSU) football’s new uniforms. But once he started talking, the excitement oozed onto the field at Irwin Belk Stadium.

Looking back, it was deeper than just a brand new blue-and-gold Under Armour uniform for the senior from Cary, NC.

Atkins was one of four players designated to show off JCSU’s combinations to the rest of the team. Tywann Jackson, a redshirt sophomore from Richmond, VA got a chance to model the white jersey and blue pants for his teammates.

“I think we’ve got the best uniforms in the C-I,” Jackson said, referring to the CIAA. “I was happy to show my teammates how the uniforms were this year. Show ‘em what we got. They’re looking good on us.”

The uniform was the first Under Armour issue at JCSU. The CIAA went to a conference-wide deal with the apparel provider in 2018 and JCSU was one of the last holdouts still wearing Russell in 2019.

JCSU head coach Kermit Blount gave the team insight into how the uniforms came to be.

‘These were not designed by me. Not designed by Coach (Marshall) Banks. But by your football team,” Blount said. We just kind of put the combinations together.”

“I didn’t want to do a white pant, because a white pant— the way we travel and where we play, we go to Livingstone in white pants — we come back and they’re grey. Now that might change when they get that new field.”

The wisdom of a man who has been around the CIAA since the 1970s.

The Golden Bulls finished 4-6 in 2019. They haven’t finished above .500 since the 2012 season. Clearly, uniforms in and of themselves, won’t change that. But the players who wore them seemed confident that things will be different in 2021.

“This year we’re coming back stronger than past years. We bought in more. Everybody is buying in, working hard. We look good,” Jackson said. “You’ve got to come and see us.”

Atkins agreed. When asked about his favorite part of the uniform, he didn’t need long to contemplate.

He said the uniforms are a part of the change the team is expecting to see in 2021.

“The colors pop. The uniforms pop,” he said. “It’s getting everybody excited. And we’re ready for the season.”

New-look JCSU expecting a turnaround in 2021