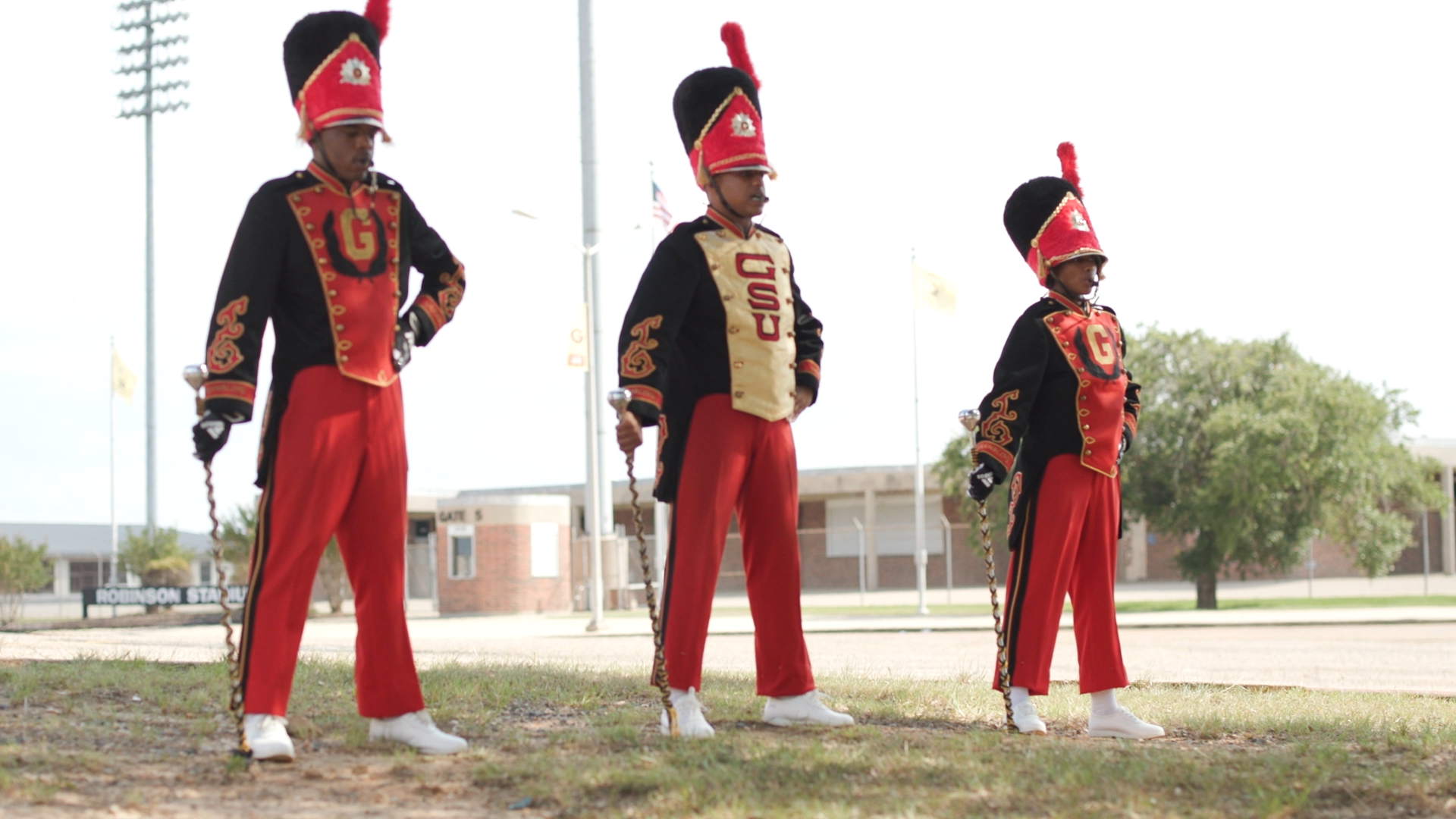 “I never would have expected for me to make history like this. I am so honored.”

GSU Director of Bands Dr. Nikole Roebuck said she is excited about the upcoming season for the GSU World Famed Tiger Marching Band.

“Last year was very different not being able to have a season so it feels good to be back,” she said. “We have a new set of drum majors this season who are very eager to show what they are made of.”

These student band leaders set and keep the tempo, and keep the band cohesive. Beyond that, drum majors must display exceptional musical, drill, and leadership talents including being enthusiastic, prompt, prepared, and professional.

For Gibson, Hawthorne, and Jones, achieving the role of drum major is a dream come true. The trio says they are looking forward to leading and supporting the band on and off the field.

Head drum major Deante Gibson said he plans to be an encourager and lead by example.

“As head drum, I know I have a lot of eyes on me,” he said. “And those eyes are pushing me to encourage my fellow bandsmen to push themselves to the greatest potential, give 110% and give the people what they like – a show-stopping performance.”

He added that he is “overwhelmed at the opportunity and excited to get this fall 2021 kicked off.
”
This academic year, Gibson said he hopes the band will be doing more performing – unlike in the past due to the COVID-19 pandemic.

“I am looking forward to shutting down all other competition that steps in front of us on the field and off – halftime shows, parades, battle of the bands, etc.,” he said.

Hawthorne will be the first female drum major to grace the field since Velma Patricia Patterson took on the role and served through 1952.

“It’s extremely mind-blowing,” she said. “I never would have expected for me to make history like this. I am so honored.”

Hawthorne said he is also proud of her accomplishment

“It’s really crazy because I have always wanted to be a drum major but I did not have the confidence to try out or go for it,” she said. “So, to be at my favorite HBCU and this happens to me – I am like ‘Wow’.”

Roebuck said that “having Candace as the first female drum major in 70 years is another historical event for not only the World Famed but the university as well. She is paving the way for females to come.”

“I ask the fans to keep watching and get listening,” she said. “It’s almost showtime!”
For Jones, being a drum major is something he has long envisioned.

“It’s a big dream come true,” he said. “I have dreamed about this since before high school.”
Jones is looking forward to traveling and conquering “other bands that stand in our way.”

“We are ready!” he said. “Remember, showtime starts September 5.”