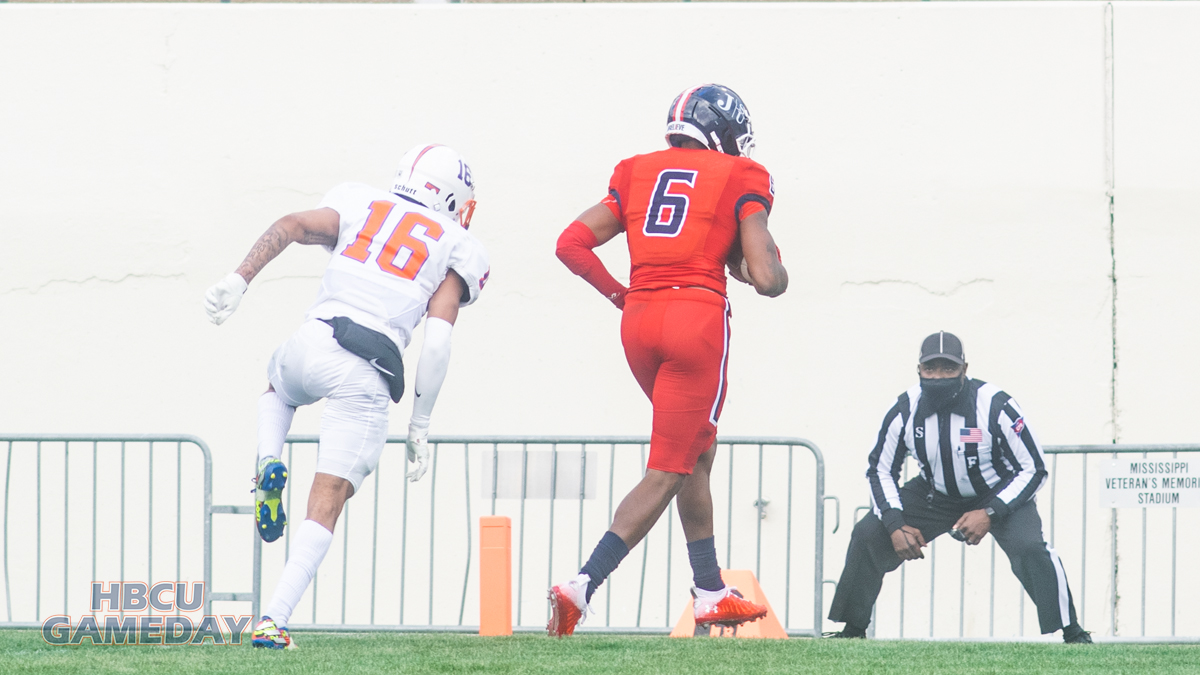 Jackson State will enter the fall without its leading receiver from the spring. Daylen Baldwin has put his name into the transfer portal.

Daylen Baldwin might have been one of the biggest bright spots for Deion Sanders and Jackson State this spring.

And now, Baldwin is the latest JSU player to enter his name into the transfer portal.

The wide receiver announced on Tuesday that he will be looking for his next opportunity elsewhere.

“After a long process of back-and-forth, and nonstop thinking, I have decided to enter my name in the transfer portal,” he said via Twitter. “I appreciate Coach Prime and the entire JSU coaching staff for all the opportunities and experiences afforded to me.”

Baldwin played just six games at JSU but made a huge impact. He caught 27 passes (tying Corey Reed Jr. for the lead) for 540 yards and seven touchdowns. He hauled in a touchdown in five of the six games, and had three of them on six catches against Mississippi Valley State. Against Alabama  A&M in the season finale he caught six passes for 135 yards and a score.

The 6’3, 210 pounder from Southfield, Michigan started his career at Morgan State University. He spent his first two seasons at the MEAC school, catching 30 passes in 25 games and two touchdowns. Baldwin then transferred to JSU under head coach John Hendricks. He sat out the 2019 season after his transfer.

Both of the quarterbacks that Baldwin caught passes from this spring — Jalon Jones and Quincy Casey — have both left Jackson State via the transfer portal.

“I want to send love to all the amazing fans for all the support and off the field,” Baldwin said in his departing statement. “I have learned so much from JSU while also having fun and enjoying my college experience, but God has something different in place for me. It’s always love JSU.”

That leaves Reed Jr., a Louisville transfer, as JSU’s leading returning receiver. Warren Newman is still there as well. However, there will also be an influx of talent via transfers Shane Hooks and Keith Corbin along with true freshman Aalah Brown and Trevonte Rucker.