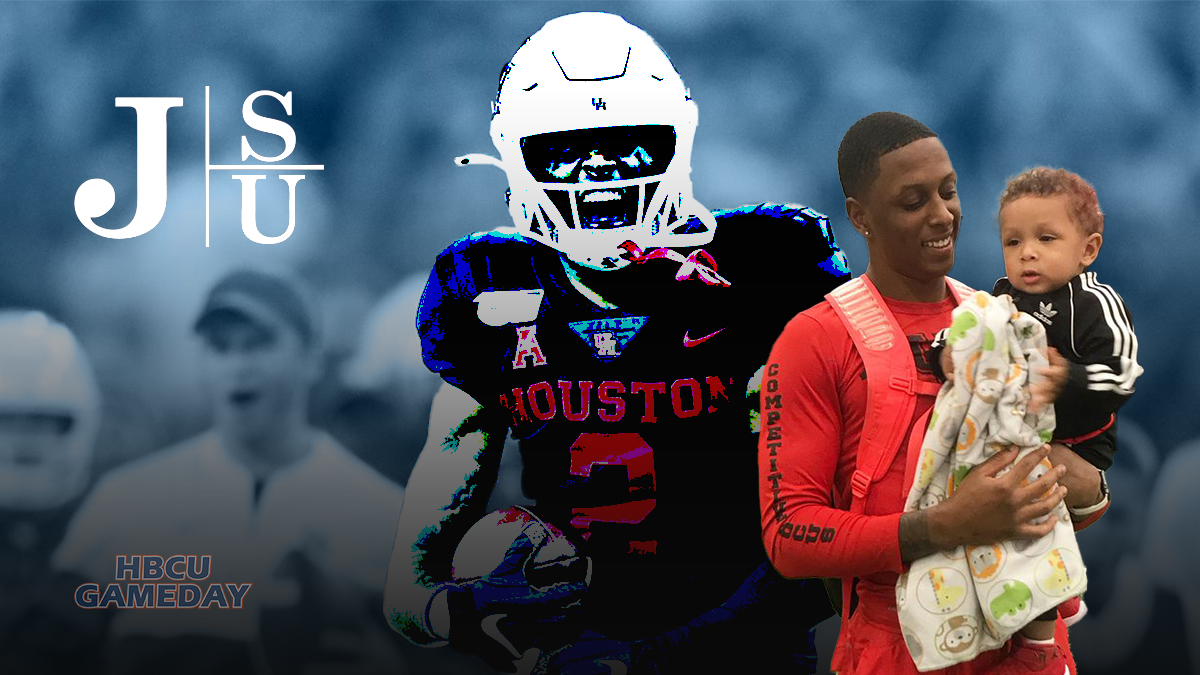 Deion Sanders and Jackson State have been looking to upgrade their passing game. The Tigers now have another former FBS pass catcher on the way.

The receiving corp for Deion Sanders and Jackson State just got a little bit deeper.

Former Houston wide receiver Keith Corbin announced he will be finishing his collegiate career playing for JSU. Corbin made his announcement on Tuesday night via Twitter, quoting Psalms 23:4.

“Yea, though I walk through the valley of the shadow of death, I will fear no evil,” Corbin wrote.

Corbin is a 6’2 receiver from Beaumont, Texas. He came to Houston as a three-star recruit in 2016. His best season came in 2018 when he caught 40 passes for 691 yards and 10 touchdowns. He finished second at Houston last season with 27 catches for 352 yards, making at least three catches in all seven games he played in.

He has played against SWAC teams before as a member of Houston– once in 2018 against Texas Southern and then in 2019 against Prairie View. He put up a combined eight catches for 108 yards and two touchdowns in those games.

The veteran receiver is the 14th former FBS player to commit to Jackson State since Deion Sanders took over the program.

Many of those players were primarily on the defensive side in the early signing period. But since Sanders hired his former teammate Jason Phillips as receivers coach and passing game coordinator, the receiver position has been hauling in talent. Phillips also played his college ball at Houston before moving on to the NFL and a long career in the coaching ranks.

Earlier this month former Louisville receiver Corey Reed, Jr. committed to JSU. So did former Colorado State receiver Shane Hooks. They will be joined in the fall by Trevonte Rucker and Aalah Brown, four and three-star players in the 2021 high school class. Corbin won’t be eligible to play this spring because he participated in the fall. But that means he’ll get a chance to play with Sheduer Sanders at quarterback. Sanders was one of the first players to welcome Corbin to JSU.