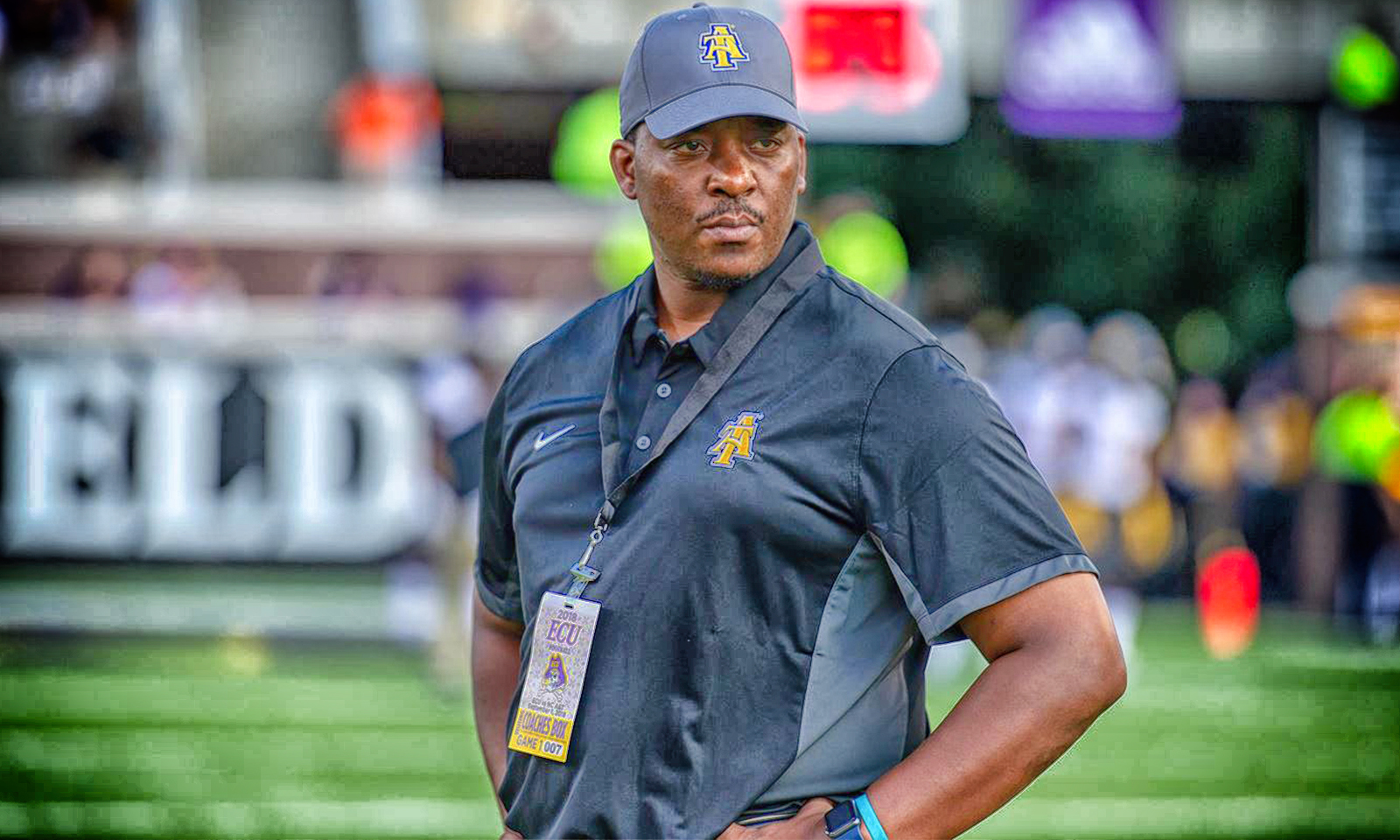 N.C. A&T’s offense has averaged better than 30 points per game in each of the past two seasons under offensive coordinator Chris Barnette.

“I will have an opportunity to assist in OTAs (organized team activities), mini-camp and training camp this summer,” said Barnette. “I look forward to growing as a coach, and I look forward to representing North Carolina A&T well.”

In 2019, the Aggies averaged 38.1 points per game to rank sixth nationally and first in the MEAC.

Barnette’s primary quarterbacks since 2015 have been Kwashaun Quick, Lamar Raynard and Kylil Carter. Quick helped the Aggies win the inaugural Celebration Bowl in Atlanta in 2015.

Raynard became one of the most successful quarterbacks in Division I-FCS history as he went 30-2 as a starter. He also broke several longstanding school passing records during his career, and he led the Aggies to two Celebration Bowl and HBCU national titles as a starter. Carter tied the school’s single-game record for total offense in the 2019 Celebration Bowl by compiling 460 yards in the Aggies 64-44 win over Alcorn State.

The program’s objective is to use NFL clubs’ training camps, offseason workout programs and minicamps to give talented coaches opportunities to:

Designed as a vocational tool to increase the number of full-time NFL minority coaches, all 32 NFL clubs participate each year. Specific aspects of the program — including hiring, compensation and coaching duties — are administered on a club-by-club basis. The NFL does not mandate any elements of the fellowship to the clubs, but it recommends several best practices, including:

As part of the programs’ evolution, in 2012 the NFL announced the formation of the Bill Walsh Diversity Coaching Fellowship Advisory Council, comprised of a distinguished group of NFL coaches and general managers.
Applicants must meet one of the following prerequisites to be considered for the fellowship:

The Process: Applicants will fill out the online application and select the top 5 NFL clubs they have an interest in completing a fellowship with. Clubs will be alerted of the application submission and will reach out to the applicant individually for further steps if they so choose.
Timing: Fellowships can take place during OTAs, minicamps, or Training Camp and the length of the fellowship ranges from a few days to a few weeks. In select cases, clubs have extended a fellow to work on staff with them for a season or year.