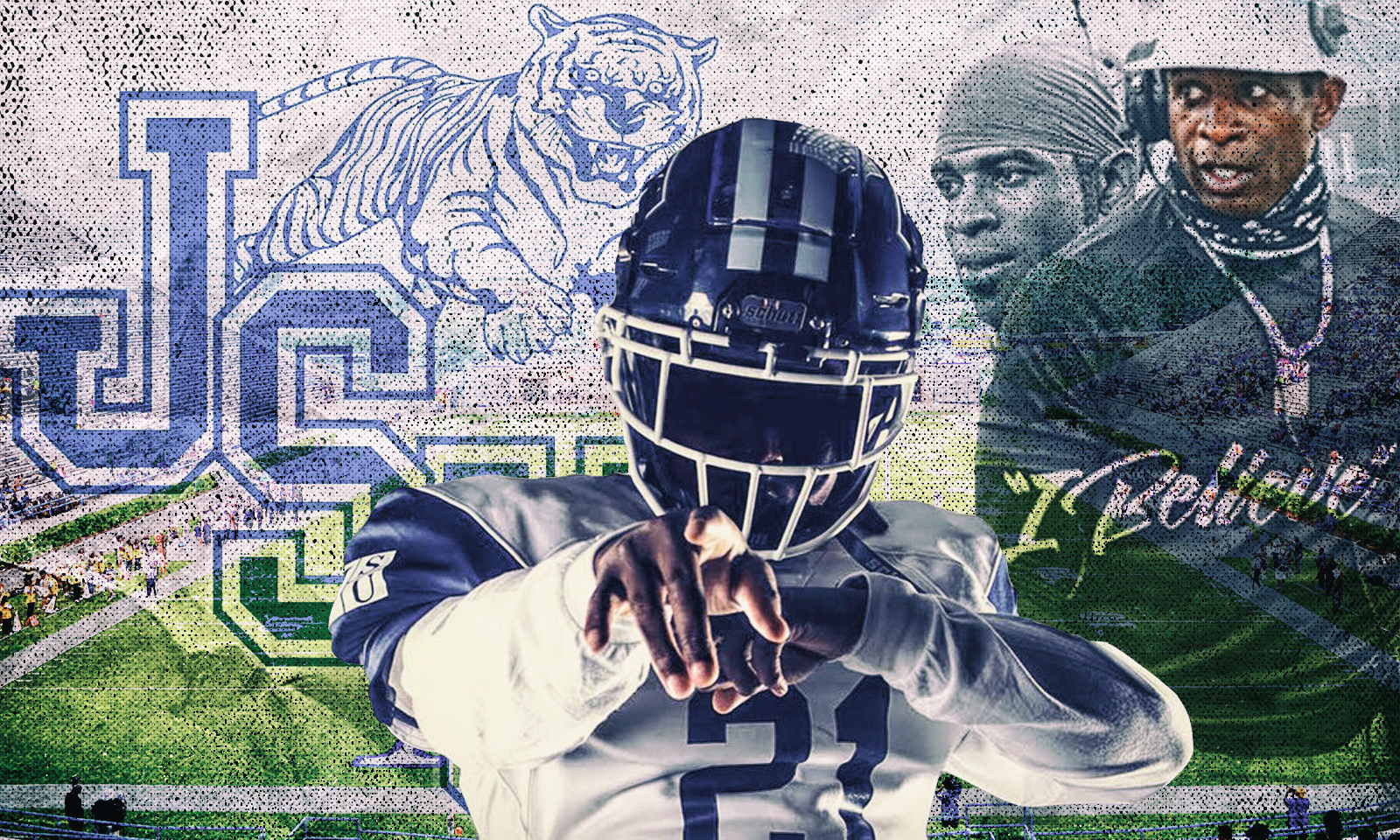 Jackson State and Deion Sanders are reaping the benefits of a fruitful season of commitments in the early National Signing Day Period.

The inaugural signing day of Deion Sanders at Jackson State has started with a bang.

But Sanders and Co. have also pulled in a four-star recruit in De’Jahn Warren. Warren was the top-rated junior college defensive back coming out of Lackawannna College. The 6’0, 175 pounder hails from Hyattsville, MD and was being woo’ed by SEC program Georgia, but decided to come play for Sanders.

The offensive line have begun signing as well. Former Missouri lineman Dylan Spencer has officially come over to JSU. He’s a local kid who will have plenty of time to become a building block on the line.

The same is true for Maljon Joor. The Florida International transfer is another local product that will look to control the line of scrimmage moving forward.

Of course, the National Signing Day got off to a rousing start for JSU just before midnight. That’s when Sanders’ son, Shilo, officially announced he was transferring to play for his father. He started his career at South Carolina and will have three years of eligibility remaining to play at JSU. His little brother, Shedeur, will also be playing for his dad. The four-star recruit flipped from Florida Atlantic to JSU back in October, giving Deion Sanders his biggest win so far.

348
The Latest in HBCU Sports and Culture