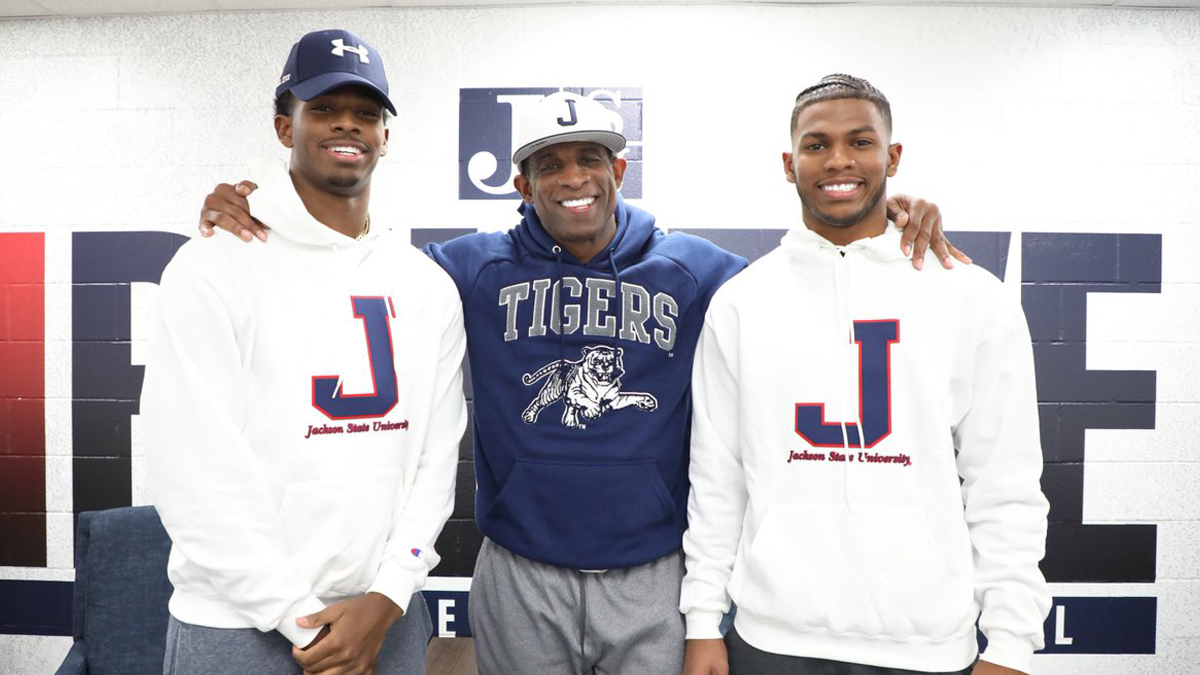 Deion Sanders will have two of his sons with him at Jackson State. Shilo Sanders has decided to commit to JSU.

Shilo Sanders has made it official — he’s joining his father and brother at Jackson State.

The former South Carolina defensive back announced that he’s committing to play for JSU under the tutelage of his father — Deion Sanders. His younger brother Sheduer Sanders, a four-star rated recruit, committed in October and is set to be a part of JSU’s 2020 early signing day class.

“Pops said he needed some dawgs,” Shilo Sanders wrote via twitter. “So I’m joining my brother to help change the game at JSU and level the HBCU playing field. #Big21 #BelieveJSU21

Shilo Sanders was a three-star recruit who played defensive back for the Gamecocks, played in nine games for South Carolina this season. He totaled 32 tackles and a pass breakup.

A three-star recruit coming out of high school, Sanders signed with South Carolina in January of 2019. He appeared in four games as a true freshman in 2019. He used the NCAA rule to retain the year of eligibility. That season Sanders was named to the SEC First-Year Academic Honor Roll.

He’s also one of several former Power Five defensive backs that have announced their intention to play for arguably the greatest defensive back of all-time. Former Florida State DB Isaiah Bolden committed back in November. And Sanders’ first commit was former Mississippi State DB Javorrious Selmons.

Shilo has worn his father’s no. 21 at South Carolina. His father, and now head coach, told Tiger Talk With The 1400 Klub” that everything would be competitive at JSU under his regime— even down to jersey numbers.