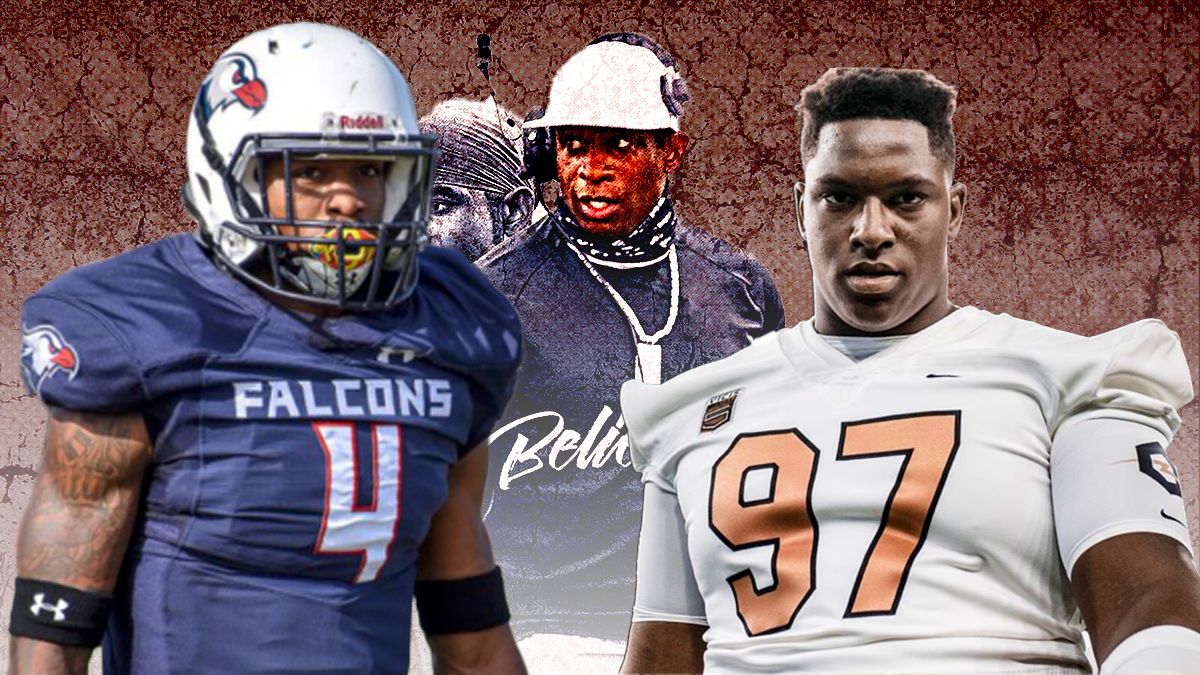 The Deion Sanders recruiting method will focus on getting players with pro level talent. And on his first day at Jackson State, he took aim at several.

The Deion Sanders era has officially started, and he’s hitting the ground running.

The Deion Sanders recruiting method will focus on finding players that he calls “dogs.” He stated that on his podcast Sunday night and re-iterated it at his press conference.

“We want dogs,” said Sanders on his podcast. “We’re not recruiting the normalcy. We’re gonna step out, way out of the ordinary, and recruit the extraordinary.”

Warren, a junior college transfer from Lackawanna Community College, is rated the second-rated junior college player and top defensive back. He has already committed to the Georgia Bulldogs. He has drawn interest from SEC teams such as Alabama and Auburn.

Whether or not Warren’s choice is Jackson State, Sanders wants to create a Power Five experience for all players.

“They deserve it. They deserve a Power Five experience at an HBCU,” Sanders said. “And I be dern if I’m not going to apply the pressure to give it to ‘em.”

Sanders is also aiming high for Smith. The 6’5 defensive tackle from Houma, Louisiana is rated as a five-star recruit. Alabama, Florida, Georgia and hometown favorite LSU have all offered him. Now, so has Jackson State.

Smith and Warren definitely fit the “dog” mode that Sanders says he’s looking for. At the very least, the Deion Sanders recruiting experience will get in the room.