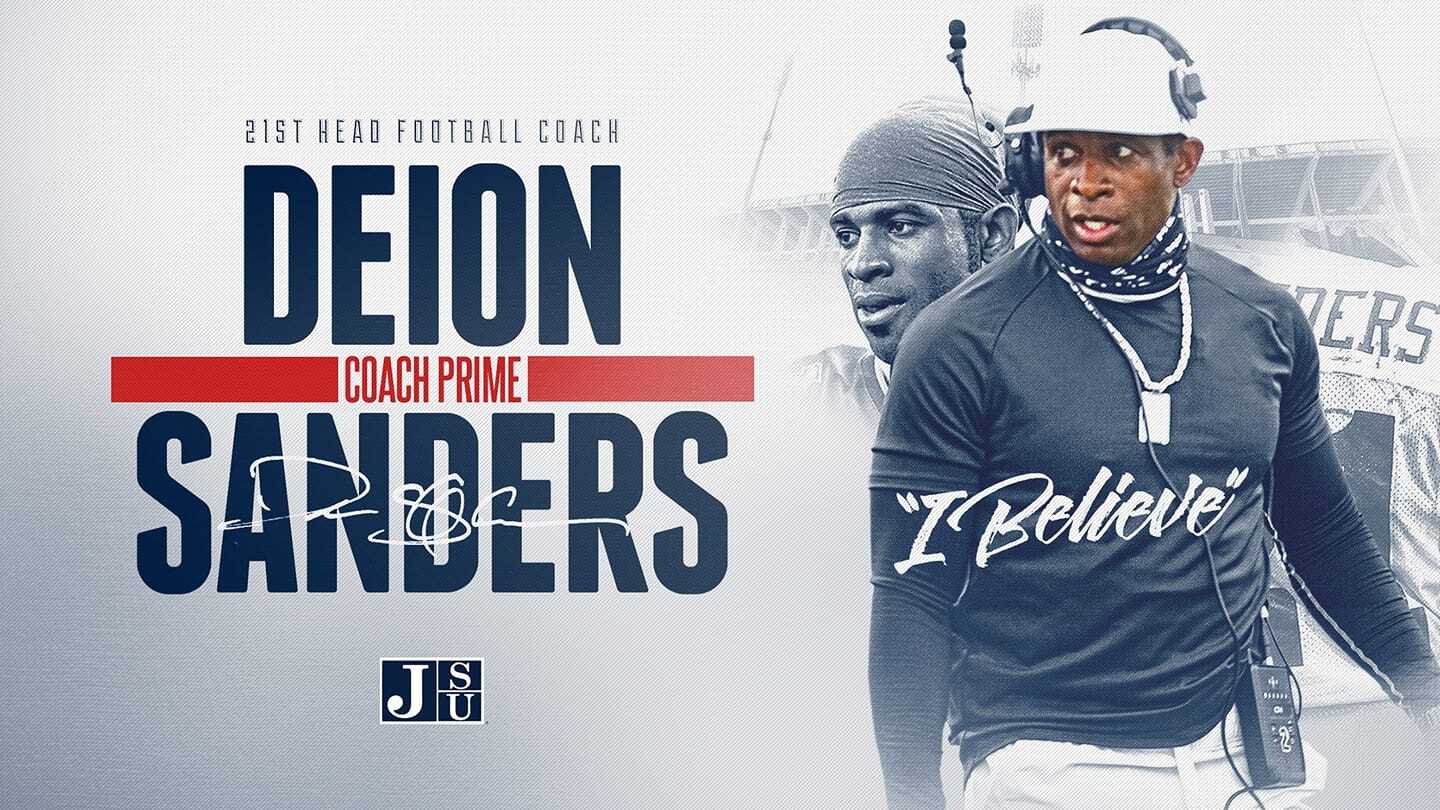 JACKSON, Miss. – – A legendary football program and a Pro Football Hall of Famer have joined forces.

“I am truly blessed to be the 21st Head football coach of Jackson State University,” said Sanders. “This amazing HBCU has always enjoyed a high level of commitment academically and athletically. It’s my desire to continue this storied tradition and history of JSU and prayerfully bring more national recognition to the athletes, the university, the Sonic Boom of the South, and HBCUs in general. I am TRULY proud to be a part of the JSU Tiger family. ‘I BELIEVE'”

JSU Vice President and Director of Athletics Ashley Robinson is excited to introduce Sanders to the Tiger family.

“I am thrilled to welcome Deion Sanders to Jackson State University, the City of Jackson, and Mississippi,” said Robinson. “Coach Sanders is student-athlete centered and cares about young men and their wellbeing beyond the football field. We expect to compete for and win championships at Jackson State, and Coach Sanders will help us achieve those goals.”

JSU Acting President Thomas K. Hudson is pleased Sanders will lead the program into the next decade.

“Jackson State is excited to bring in Coach Sanders to lead our football program,” said Hudson. “He understands the legacy and history of football at JSU. I am confident Coach Sanders will solidify the brand of JSU football.”