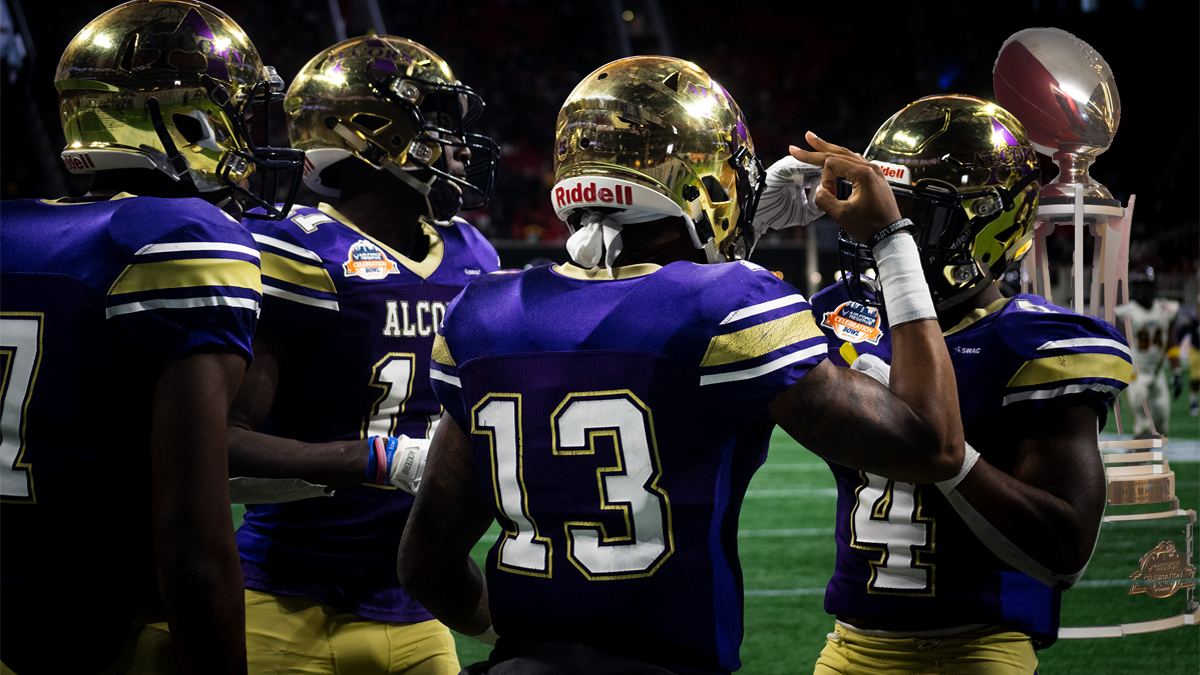 Celebration Bowl win or bust for Alcorn State in 2019

Alcorn State has been a consistent force in the SWAC East for the past decade. The 2019 version has the talent to win it all.

Check out our previous 2019 SWAC football previews below:

Alcorn State will start the 2019 with a huge bullseye on its chest. ASU was the class of the SWAC a season ago and went toe to toe with North Carolina A&T in the Celebration Bowl. Alcorn has been the Kings of the East since 2014 winning five straight Eastern Division Titles, three SWAC Titles and earning two Celebration Bowl berths during this time.

The 2019 Alcorn State Braves just may be the most talented team during this impressive run. The Braves return the SWAC offensive Player of The Year in 2018, possibly the best running back in FCS, one of the best offensive linemen in all of FCS, and the 2019 SWAC preseason Defensive Player of the Year. NFL scouts would have their eyes all over Kevin Hall who is the anchor of an offensive line that cleared the way for over 2,500 yard on the ground a season ago. Noah Johnson and De’Shawn Waller are an amazing tandem as far as running the ball but defenses will not forget that Noah Johnson returns his top four pass catchers from a season ago.

The Braves had the top rated defense in the SWAC and was ranked in the top 15 nationally in total defense. Linebacker Solomon Muhammad could be the best linebacker in the conference and safety Qwynnterrio Cole is a big defensive play waiting to happen. Alcorn’s roster is littered with talent at every position and the Braves have done a solid job through recruiting replenishing its talent.

The Braves start the 2019 season against Southern Miss and old head coach Jay Hopson who started this impressive run. If the Braves can play their A-Plus Game we could have a nail biter in Hattiesburg. The Braves return home to face D2 Mississippi College and then hit the road in a statement game against McNeese State of the Southland conference.

The Braves will then host Prairie View in the conference opener and then have a stretch of the season from October 26th until November 23 rd where they face off against Southern, Grambling State, Alabama A&M, and Jackson State. This stretch of games will let us know if Alcorn will wrap up division title number six in a row or if the reign ends in 2019.

Celebration Bowl win or bust for Alcorn State in 2019