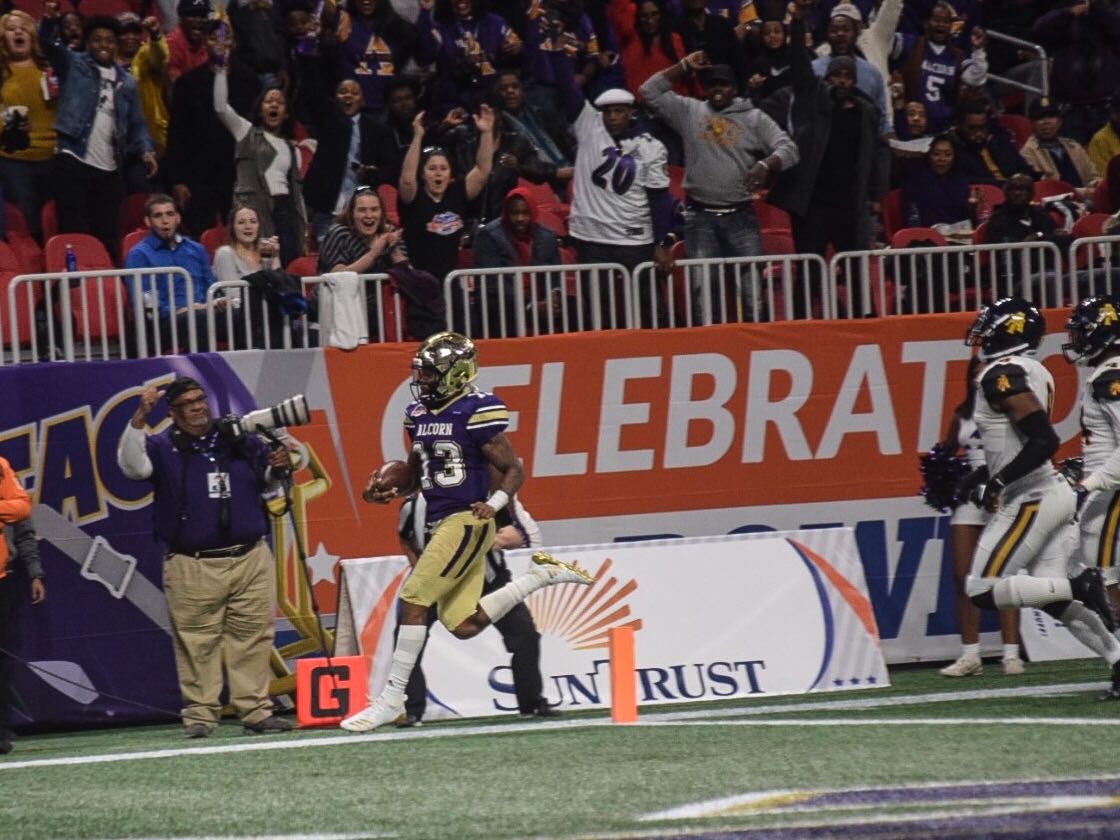 Overlooked and undersized, Noah Johnson plays with a chip on his shoulder. Alcorn State’s QB is looking to go out with a bang in 2019.

Check out the previous profiles.

Noah Johnson is a difference maker! At 6 feet and 195 pounds, Johnson isn’t a physically imposing guy but his numbers are imposing and then some! The 2018 SWAC Offensive Player of The Year racked up accolades and wins a year ago. Noah Johnson was able to lead the Alcorn State Braves to a SWAC title, a Celebration Bowl berth, and a 9-4 record a year ago.

Johnson passed for 2,207 yards and 15 touchdowns while adding 1,080 yards on the ground and 11 rushing touchdowns. He ranked third in the nation in rushing yards per carry (7.5) and 16th in completion percentage (.621) in his first full season as the starter.

Prior to last season Johnson showed flashes of greatness while filling in for Lenorris Footman. In 2017 Johnson passed for 782 yards and four touchdowns and rushed for 333 yards and six touchdowns in limited action.

Johnson became a fan favorite in 2016 when he tied the school record for touchdowns in a single game with eight against MVSU in 2016. This record was previously held by perhaps the greatest SWAC QB of all-time Steve McNair who set the record back in 1994.

What he lacks in height, Johnson makes up for in heart and toughness, two things that can’t be measured. He’s a fierce competitor, and it showed in the Celebration Bowl where despite a brilliant second half and a memorable season overall, he showed he was all about winning the big prize in the post-game press conference. Don’t be surprised if he and his ASU teammates are back in Atlanta again when all is said and done.