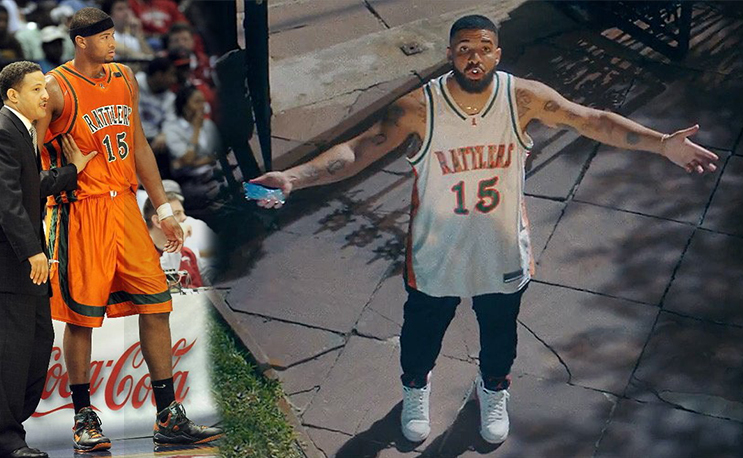 Drake had some FAMU /HBCU folks “in their feelings” when they found out the truth.

It has been a great week for Florida A&M so far, and for a while on Thursday night it looked like it was going to get even better.

Rapper Drake dropped his new video for “In My Feelings,” (the song that inspired that crazy challenge) and he was seen wearing a green-and-white jersey with the words “Rattlers” on top. Everyone who knows anything about HBCUs initially assumed it was paying homage to FAMU.


It didn’t take long, however, for the truth to come out. The jersey that Drake wore wasn’t a 1990s FAMU throwback but rather a tribute to DeMarcus “Boogie” Cousin’s high school jersey. Cousins, who recently signed with the Golden State Warriors, played his high school ball at LeFlore High School in Mobile, Alabama.

The school, founded in 1968, has the same nickname as FAMU and also shares the same colors.

“It’s not a Famu Jer-“ pic.twitter.com/cEmOu1pCbQ

Even though the news has trickled out that Drake isn’t wearing a FAMU jersey, that isn’t stopping some alumni from playfully claiming it as another dub for its school. And it’s been a week full of them.

It started last week with top Class of 2019 football prospect Kayvon Thibodeaux visiting the school on Saturday, then went into overdrive when “The Marching 100” made history with its first-ever woman drum major. Add in the excitement already surrounding the football program for Willie Simmons debut and our new documentary film:  “The Real Gulf Coast Offense: The Mad Bomber and The RAC Boys” trailers dropping and no school is riding higher than FAMU heading into the new academic year and athletics season.

No need to get “in your feelings” about it not being a FAMU jersey. Just enjoy the ride.