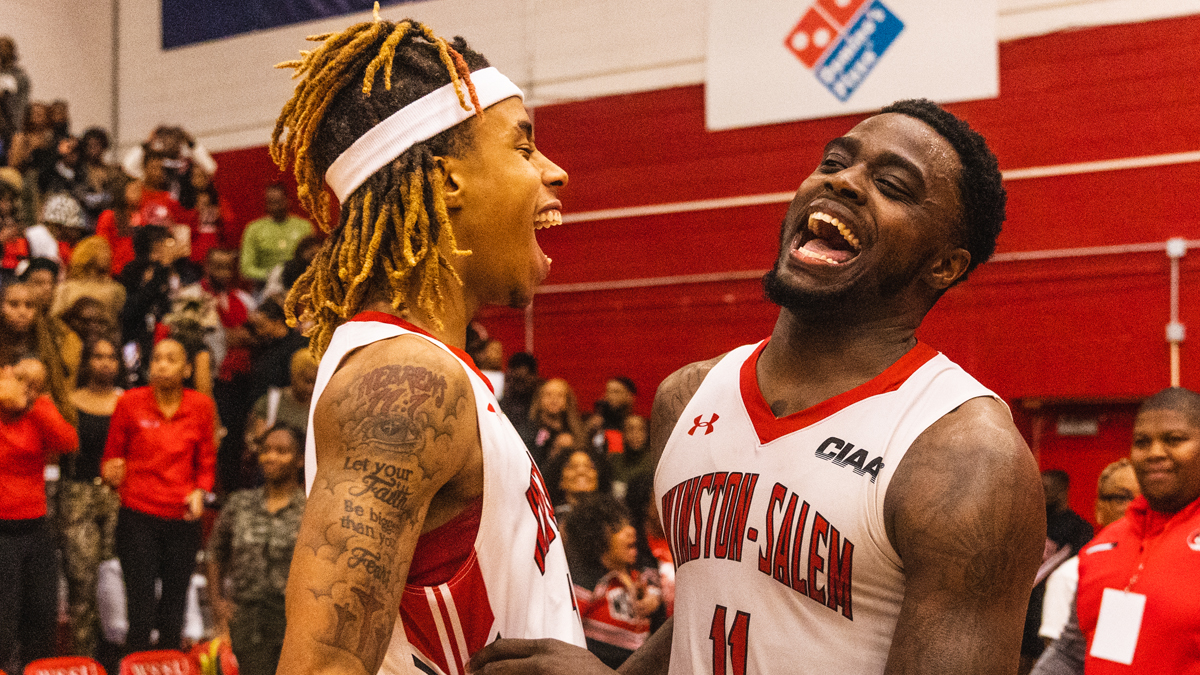 Winston-Salem State got all it could handle from Fayetteville State, but found a way to win in front of a packed house.

WINSTON-SALEM, NC — A crowd of 2,600 packed in to C.E. Gaines Center and the Winston-Salem State men gave them what they came for. Well, most of them.

WSSU used a balanced scoring attack with eight players scoring, led by 16 from center Jaylon Gibson, to come away with a 56-55 win that wasn’t decided until the final buzzer.

The Rams jumped out to a 10-point lead early in the first half only to see the Broncos go on a 14-2 run to tie the game at 17 all. The Rams would wrestle it back for a 31-27 lead at halftime, and stretch it to seven early in the second half.

But Fayetteville State, led by guards Tyler Foster (21 points) and Cress Worthy (12 points) battled its way back into the game to tie it at 47 with just over nine minutes to go. It would be a slugfest from there as neither team led by three.

Missed WSSU free throws with a one point lead would give FSU the opportunity for the win, but a turnover by Foster, some solid WSSU defense and a missed last-second heave attempt by Worthy would prove to be the difference.

Winston-Salem State shot a sizzling 53.2 percent from the field, but hit just three of its eight free throw attempts. It scored 42 of its points in the painted area as it hit just three 3-pointers on the day.