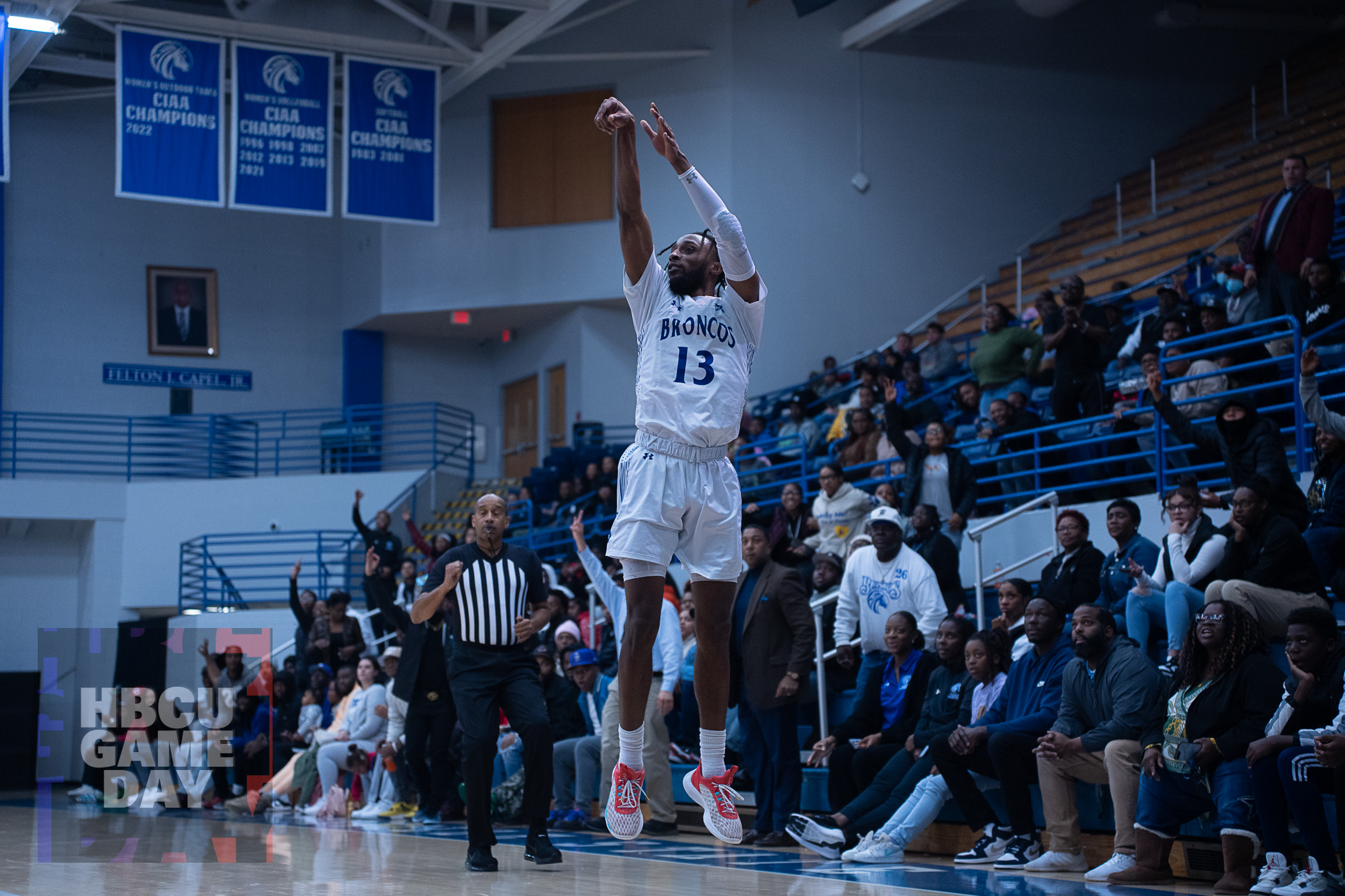 Tyler Foster was a highly-recruited prospect out of Baltimore, and played at two D1 schools. Now he’s looking to give Fayetteville State a leg up.

The Baltimore, MD native was named CIAA Player of the Week on Monday after averaging  21.5 points and 5.5 rebounds in two conference games last week for the Broncos while shooting 58 percent from the field (15-of-26) and 63 percent from deep on eight attempts. He put up a season-high 28 points in a win over Shaw — and he did it off the bench.

Tyler Foster certainly has the talent to start for Fayetteville State — or any other CIAA team. He committed to Georgetown initially and started his career at East Carolina. The former three-star prospect played in 30 games at ECU in 2018-19, as he averaged 4.1 points, 1.5 rebounds and 17.2 minutes per game. He hit the transfer portal, landing at Youngstown State for the 2019-2020 season before hitting the transfer portal again.

Meanwhile, Fayetteville State head coach Luke D’Alessio knew he needed to reload if he wanted to repeat as CIAA champion. All-CIAA guard Cress Worthy was coming back, but relying on one key scorer in a historically tough CIAA is never a good proposition. Luckily, he had a connection to Foster and reached out to him.

“Coach Luke is the man, he knew a couple of my people and I was kind of in a, you know, a little sticky situation,” Foster told HBCU Gameday after the Shaw game. “But through God and Coach Luke, I got here where I’m supposed to be.”

Despite Foster’s talent and the coach’s connection, the red carpet hasn’t exactly been rolled out for him at FSU.

“I was really hard on him in the preseason because the talent is there, just trying to get his work ethic and commitment and all that stuff and the amount of control,” D’Alessio said after the Shaw game. “But he’s a special talent.”

Recently, though, he’s begun to take the leash off and Foster has responded. After never playing more than 28 minutes in FSU’s first 10 games, Foster has averaged 30 minutes per game over the last three contests and is scoring 20 points per game in them. He appears to be finally settled — which could spell trouble for the rest of the league as conference play continues to heat up.

“Coming to Fayetteville State is one of the best things that happened to me is one of the best decisions I’ve made,” Foster said. “If I had to make it over a hundred times, I’d do the same exact thing. I just thank God for blessing me to put me here.”