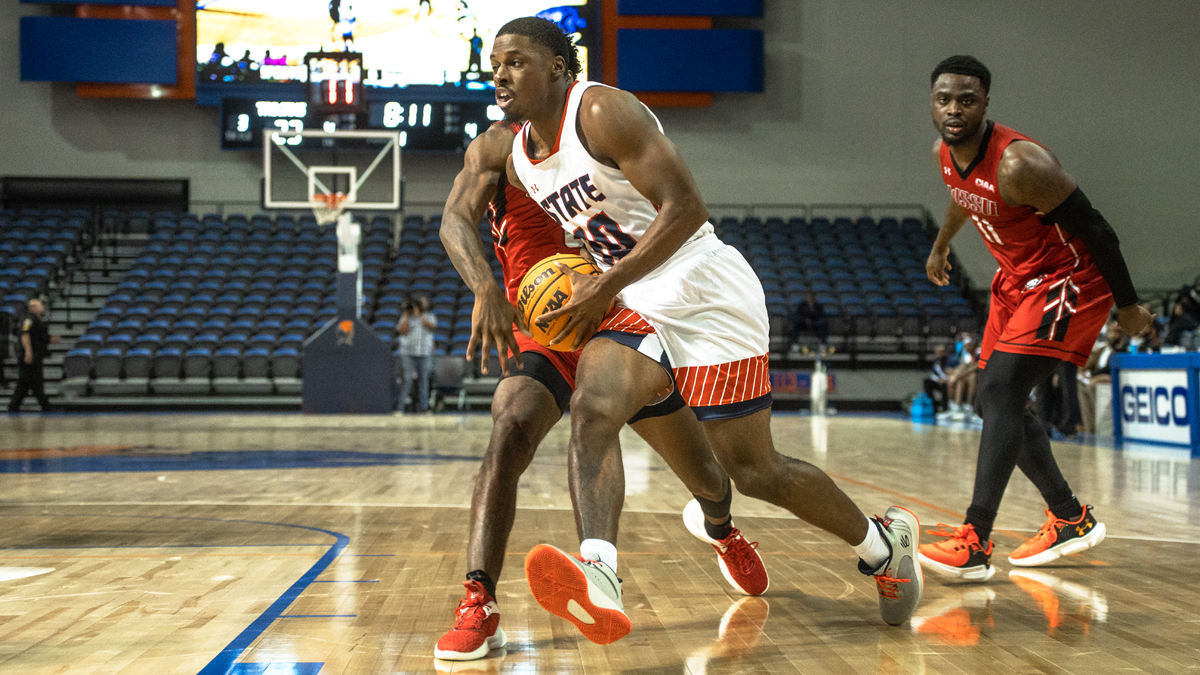 Virginia State got all it could handle from Elizabeth City State but took care of business at home.

ETTRICK, VA – The Virginia State Men’s Basketball got back on track after defeating Elizabeth City State 64-57 in a game that saw 12 ties and 13 lead changes. The win moves the Trojans to 6-2 in conference play.

End of Regulation
The Trojans started the half by extending their lead to seven after Terrence Hunter-Whitfield hit a three-pointer. The Viking would cut the lead down to just two with 16:32 left in the second half. The Viking would use that momentum to go on an 8-0 run which gave them the lead 42-40 with 11:05 left to go in the game. The Trojans would come roaring back with eight unanswered points of their own which gave them the lead 48-42. After a tie at 53, the Trojan scored seven straight to earn a 60-53 lead with :50 left in regulation. While the Vikings were able to cut the lead to five with under :20 to go, the Trojans were able to earn the victory 64-57.

Stat Leaders
For the third time in his career, Zach Newkirk scored 20 points shooting 13-of-16 (81.2%) from the foul line. Newkirk grabbed four rebounds and dished a team-high three assists with a block and a steal in the contest. Terrence Hunter-Whitfieldscored 16 points on 3-of-6 (50%) shooting from downtown and 5-of-6 (83.3%) from the free throw line while grabbing five boards. Tremere Brown grabbed a season-high nine rebounds (five offensive) along with nine points on 3-of-6 (50%) shooting from the field which included a ferocious and-one dunk. Stephon Roberts collected six rebounds and scored five points in the win. Daryl Mackey,Jr. grabbed a career-high eight boards along with four points.