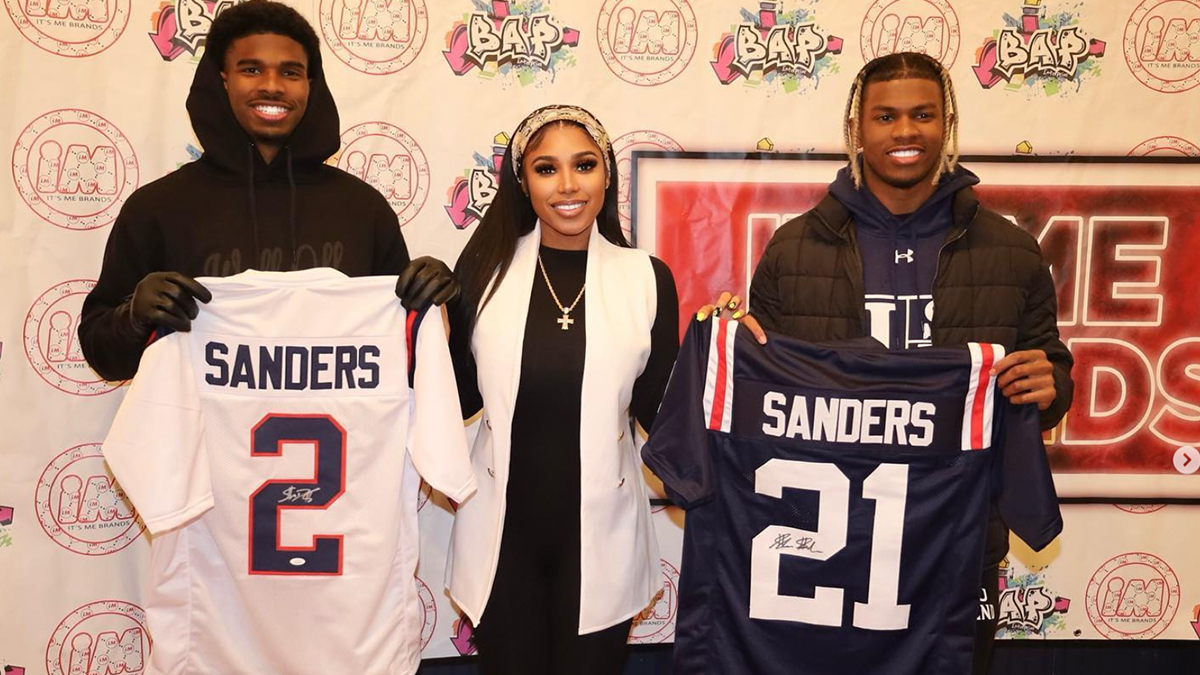 Deiondra Sanders made an inaccurate statement about the number of murders that occurred on campus during Deion Sanders time at the school.

Deiondra Sanders, oldest daughter of Deion Sanders, is apologizing after her commentary on a recent broadcast regarding crime on the Jackson State campus.

Sanders appeared on the Baller Alert Podcast recently in which she was asked about the reaction to her father’s departure in December.

“People don’t know that there are killings on the campus every few months,” Deiondra Sanders told the host, who apparently took her word for it.

It didn’t take long for the clip to circulate and for the facts to emerge that there was one murder on the school’s campus during the time Deion Sanders was head coach at Jackson State. The victim was Flynn Brown, a student who was killed in early December — just before Sanders’ highly-publicized departure for Colorado.

“I would like to apologize for a statement that I recently made concerning the JSU murder(s),” she said. “I do feel like that I over-exaggerated due to the fact that every time I did come to town I was made aware of shootings, murders, robberies on campus, around campus and in the city. But I really do apologize for what I said. It’s just that things did happen while my family was there that the public was not made aware of. But I definitely shouldn’t have exaggerated like that and I do want to say that apologize for that. So I apologize to the whole JSU community, JSU campus and everyone that’s a part of JSU.”

During the first six months of Sanders’ tenure at Jackson State there were reports of crimes being committed against the Sanders’ family. There was Deion Sanders’ missing boombox (which eventually made its way back to him) and the infamous press conference where he informed the world someone had stolen his wallet.

Things quieted down for most of the rest of Sanders’ time at JSU, until Shilo Sanders had his car broken into in November. His father told Shilo that those types of things don’t just happen in Jackson.

Deiondra Sanders is Deion Sanders’ oldest daughter. For what it is worth, both Shedeur and Shilo Sanders, have spoken glowingly of their time at Jackson State as they have followed their father to Colorado.