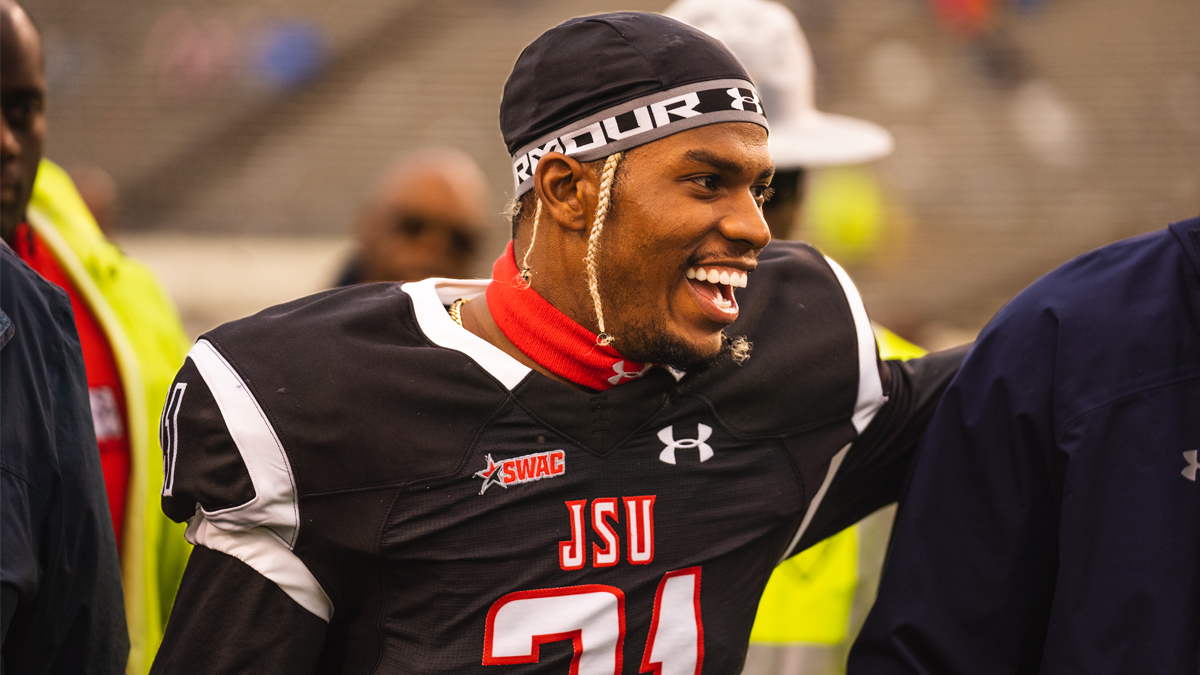 Shilo Sanders, son of Deion Sanders, had his truck broken into in an odd way.

Jackson State safety Shilo Sanders had a play that set Mississippi Veterans Stadium on fire Saturday afternoon. Wednesday evening he was the victim of a crime against his truck.

Deion Sanders Jr. posted a video on Thursday showing his father, Deion Sanders AKA “Coach Prime” talking with his younger brother about the incident.

“I got ‘got’ yesterday. Last night,” Shilo Sanders said looking into the camera. “They done cut my window out like a piece of bread — and put it on the floor. A whole window on the ground. That’s just ignorant.”

“Coach Prime, can you tell the city of Jackson — whoever broke in my truck — can you bring my stuff back,” the younger Sanders asked his father with a laugh.

That was clearly an allusion to Coach Prime’s first couple of months in the city when his car was broken into while staying in a hotel and his boombox was stolen. Sanders put out a video requesting that whoever took the boombox bring it back because it was a gift from a dear friend. A few days later, it showed back up.

The elder Sanders cautioned his son that this type of incident wasn’t unique to Jackson, while assuring him they would get to the bottom of it.

The South Carolina transfer has been limited to three games this season due to knee injury from earlier in the year. He has eight tackles in those three games and recorded his first interception of the year to keep Southern University out of the end zone in a 35-0 shutout on Saturday.

Sanders has also been active on the NIL front, signing deals with Porsche and Actively Black in recent months.