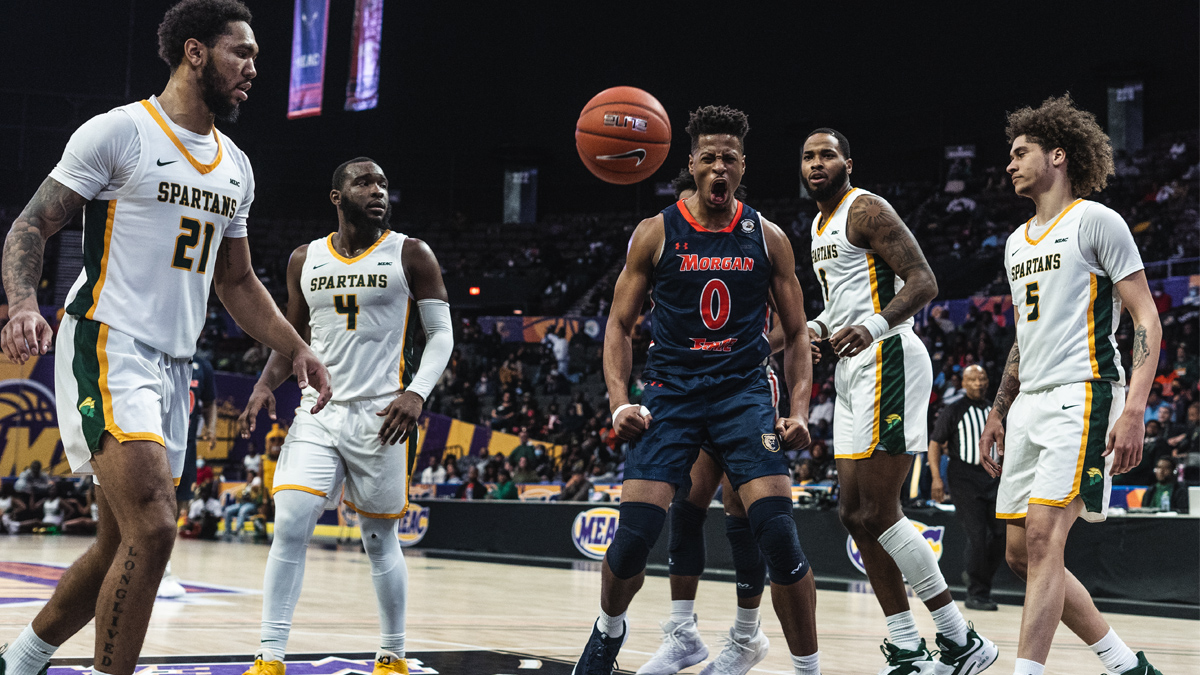 The MEAC features two matchups with teams tied for first place on Monday night. Here’s how we got here.

The MEAC has eight men’s basketball programs — and five of them are tied for first place.

Yes, you read that correctly. Five teams are 3-1 in MEAC play heading into Monday night’s action.

Four of those five teams will match up on Monday night. North Carolina Central will play Maryland-Eastern Shore in Durham while Norfolk State will show up in Baltimore to take on Morgan State.

NCCU enters Monday’s matchup on a three-game winning streak after making quick work of Delaware State, which sits at the bottom of the league with an 0-4 record in MEAC play and a 1-16 record overall. So far, NC Central has defeated the league’s three bottom squads in DSU, South Carolina State and Coppin State.  NCCU’s lone loss in conference play was its opener at Morgan State.

Maryland-Eastern Shore travels to Durham on a three-game win streak of its own, having knocked off Howard, Delaware State and South Carolina State after falling to two-time defending conference champion Norfolk State in its opener.  Both teams come into Monday night’s action with 10-8 records overall.

Meanwhile in Baltimore, Morgan State will look to get back on the saddle after getting handled on Saturday at Howard in a 32-point loss. Norfolk State also suffered a loss at the hands of Howard, although that game was much closer. NSU has dominated the series between the two schools recently, winning eight of the last 10 games, including a win in the MEAC Tournament semifinals last spring.

Howard has the easiest matchup of the current five teams tied for first-place — at least on paper. Coppin State currently has just one MEAC win — but it dominated Howard last season, winning all three matchups — including a heartbreaker in the MEAC Tournament. CSU has actually won five in a row against Howard. It also features the league’s leading scorer in Sam Sessions.

Beyond that, at least one team in the league won’t be winless in league play. Delaware State will take on South Carolina State in a game that somebody has to win. At least in theory.