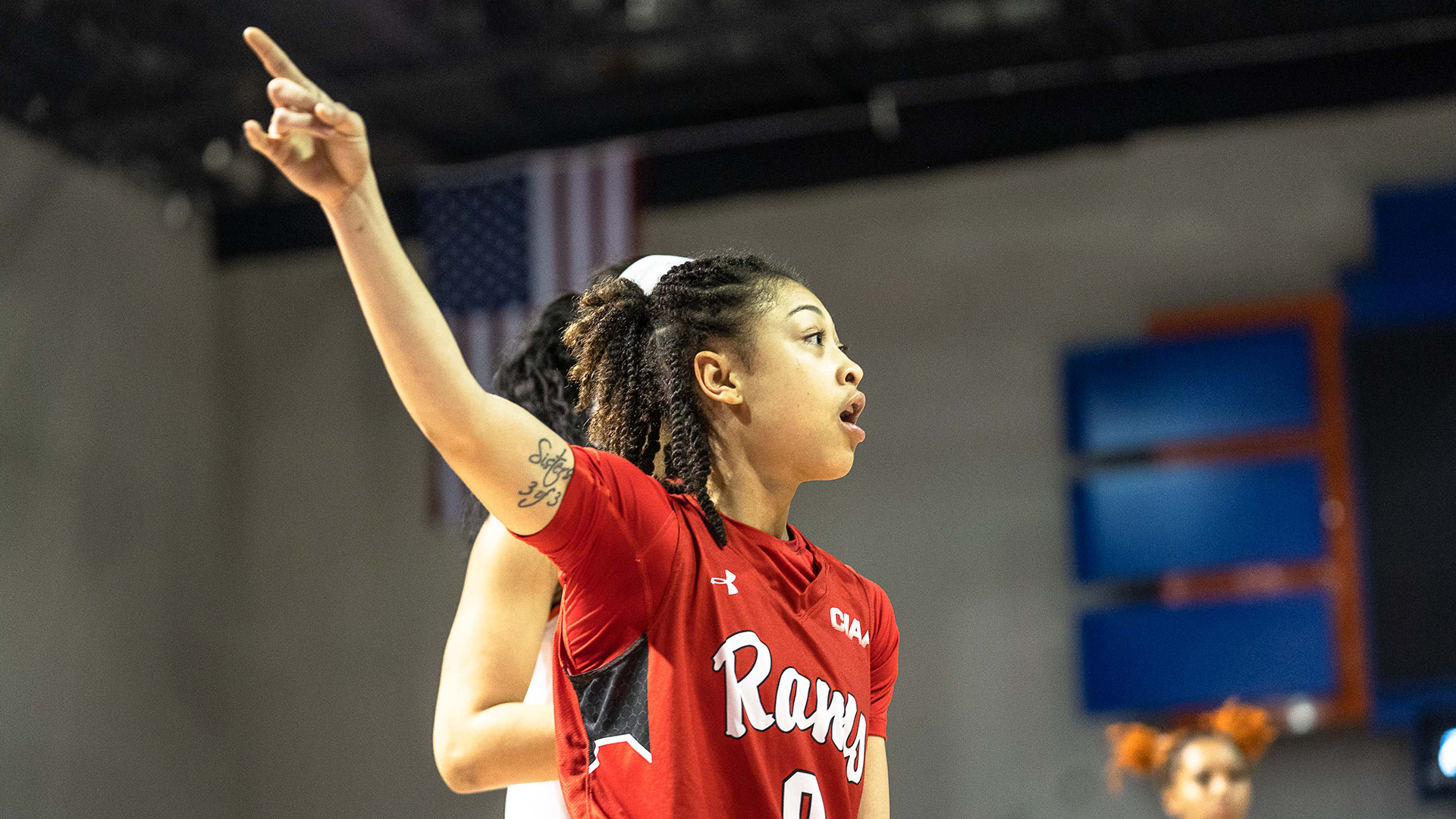 The Winston-Salem State women are hitting their stride as Fayetteville State arrives for a first-place showdown.

It’s Thursday afternoon and Winston-Salem State women’s basketball coach L’Tona Lamonte has an office full of players floating around the office as she goes about her daily tasks.

The WSSU women are now in the meat of the CIAA, fresh off a 69-58 win over Claflin. They tried to hang around to watch the men play on Wednesday night, but the three-and-a-half hour trip north wasn’t getting any shorter, and time is of the essence.

“When you talked about being tired, I think we are getting worn out. If I recall, you took a picture this last Saturday where I was like this,” she said, mimicking a moment of sharp breathing in a win over St. Augustine’s at home. “So it tells you right there, we all start to get tired all the days of running in. I was thinking today was Friday and it’s actually Thursday.”

Luckily for Lamonte, her team has the depth to help it through this grinding stretch.

“One thing is to make sure that the girls get plenty of rest, make sure they’re eating and drinking plenty of fluids,” she said. “That’s going to make a big difference as we make this run. Being locked in is going to be key. Right now, I think we’ve got a good little nucleus/group that’s been playing. We’ve been about nine or ten deep. And we’re making sure that everybody’s okay and understand what their role is. I think once we get that compromised, we’re going to be all right.”

Winston-Salem State is currently second in the CIAA in scoring at 69.8 points per game. Perhaps more importantly, however, they are holding  CIAA opponents to just 56 points per game — lowest in the league.

“The young ladies. They’re starting to learn their scouting report, how to utilize it, and, you know, forcing people to do things that they’re uncomfortable doing,” Lamonte said.

“Defense is the key. You can win anywhere if you play some really good defense. I think rebounding wins championships, and so we’re doing a really good job of making sure we hold opponents down and rebounding that we’re trying to get as many rebounds as possible. “

WSSU’s win on Wednesday improved its overall record to 10-6 on the season, and 6-2 in CIAA play. That puts it in a tie with Fayetteville State in the CIAA’s Southern Division for first place. And Saturday, those two teams will meet on WSSU’s campus at C.E. Gaines Center. FSU is right behind WSSU in points allowed per game in conference play.”

“They’re hard workers. They’re bruisers,” Lamonte says of Fayetteville State. “You know, they’re going to be fighting from the start of the game to the end of the game.”

Winston-Salem State is 2-0 in division play, with wins over St. Aug and Claflin. FSU is 1-1, having beaten Johnson C. Smith and lost to Livingstone.

“That means nothing,” Lamonte said. “You talk about a team that won the CIAA a couple of years ago. So they’re going to come in with some confidence. They’re going to be cocky. I think last year we swept them. So I know they’re going to definitely get us back after what happened last year.”

Many teams crack under the pressure of playing in “The Big House.” WSSU’s women are 6-1 so far this season at home.

“I’m not sure what Fayetteville State’s going to bring because to them they feel like they’re our rivals. So they’re definitely coming with energy and passion and they’re going to get excited about having a crowd and Fayetteville State is bringing in a ton of people. They’re bringing a bus load and then they’ve already bought over a hundred-plus tickets.”

The C.E. Gaines Center’s capacity is 2,600 and once division play rolls along, if you aren’t in a seat by the start of the women’s game, you probably aren’t getting one. Saturday’s game should be no different.

“The game is already sold out. So I’m kind of excited about the atmosphere we’re going to have here as soon as the tip of the game,” Lamonte said. “It’s going to be a packed house, wall-to-wall. We just got to make sure we put on a good show.”