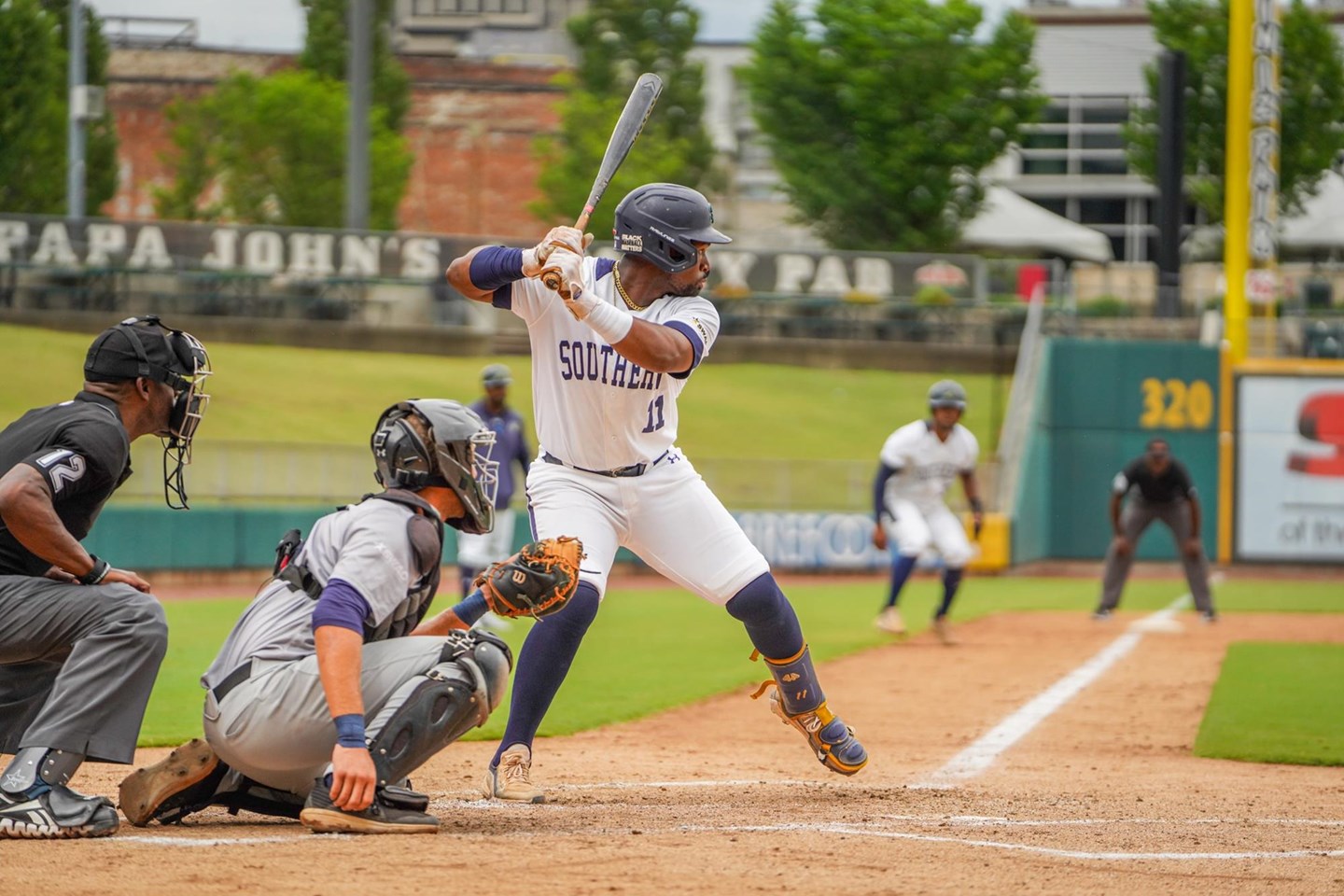 SWAC Baseball Tournament will be held in Atlanta

The 2023 tournament will be held at Mac Nease Baseball Park.

BIRMINGHAM, Ala.- The Southwestern Athletic Conference has announced that the upcoming 2023 SWAC Baseball Tournament slated for May 24-28 will be hosted in downtown Atlanta at Mac Nease Baseball Park at Russ Chandler Stadium.

“We’re extremely excited to host our upcoming baseball tournament in the City of Atlanta,” said SWAC Commissioner Dr. Charles McClelland. “Aside from what we envision being an extremely exciting and competitive baseball tournament, the City of Atlanta undoubtedly will offer our fans and supporters a wide variety of leisure and recreational activities, restaurants, and hotel accommodations.”

“Atlanta is a unique city that has established a world-wide reputation as one of the top tourist destinations in the country, while also featuring a large demographic of alumnus from SWAC member institutions making this agreement truly a win-win for our league. We would like to extend sincere thanks to the City of Atlanta Mayor’s Office along with the Atlanta Fulton County Recreation Authority (AFCRA) for their unwavering support of this historic partnership.”

Scenically nestled in downtown Atlanta, Mac Nease Baseball Park at Russ Chandler Stadium provides a brilliant backdrop for college baseball and offers one of the best atmospheres for the game in the country.

The home of Georgia Tech baseball for nearly 90 years, Mac Nease Baseball Park has a long and storied history, from its original construction in 1930 with funds from Georgia Tech’s 1929 appearance in the Rose Bowl game to its use as a training facility for the 1996 Centennial Olympic Games.

With incredible views of the Atlanta skyline, the facility underwent a series of multi-million dollar renovations and expansion to make Russ Chandler Stadium into a state-of-the-art, all-around facility.

Additional information regarding tickets for the event will be released at a later date.

SWAC Baseball Tournament will be held in Atlanta