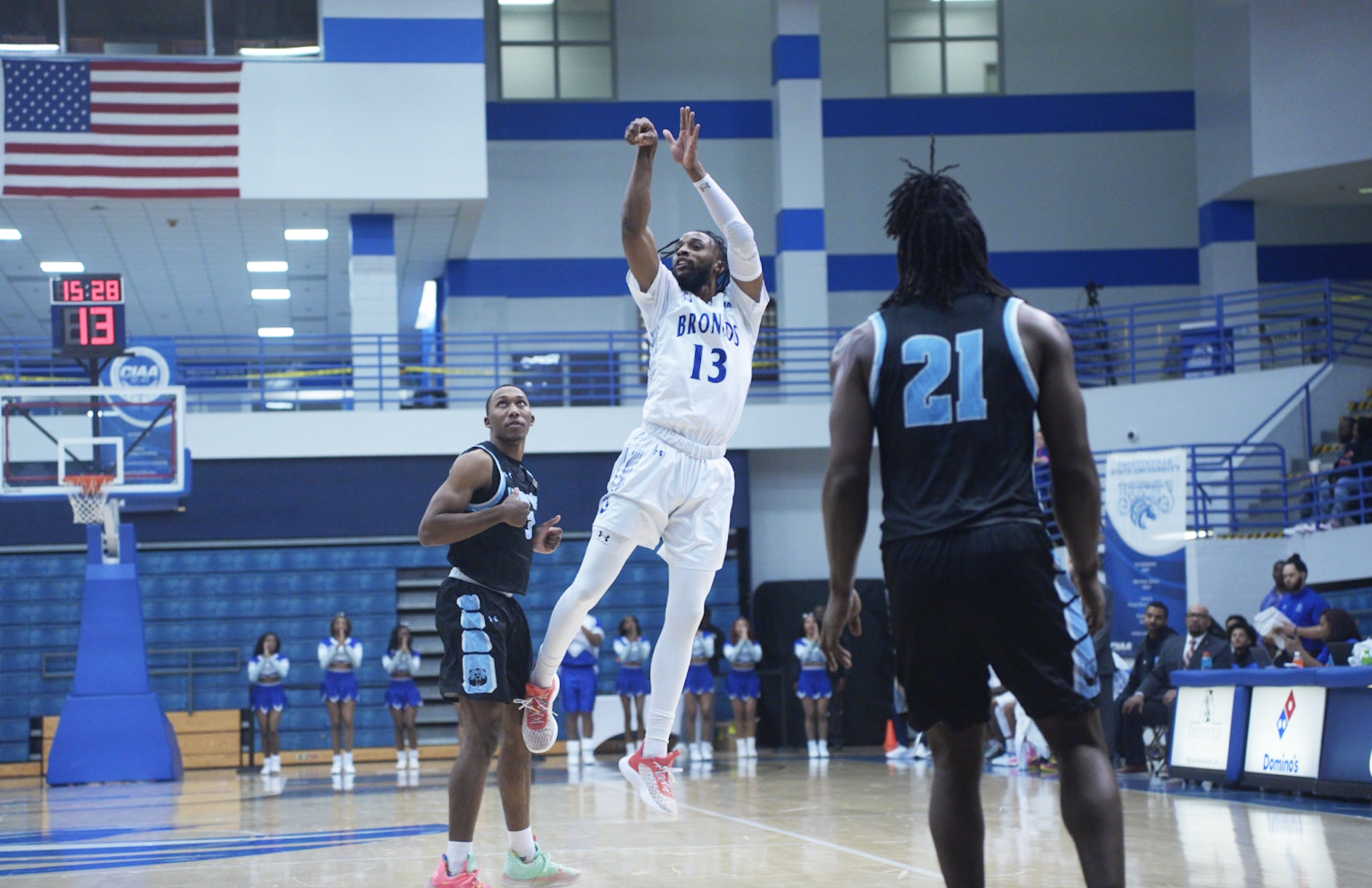 Fayetteville State cruised to a 20-point halftime lead but barely closed out Livingstone.

But FSU center Kaleb Coleman canned a wide open three with :40 seconds left that turned out to be the game winner. Livingstone was able to get off four 3-point attempts in the waning seconds but could not connect.

Temple, a 6-6 former 3A player of the year at Phoebus High School in Hampton (Va.), had a game high 35 points. Temple made 14 of 18 shots from the field. He and Broadnax were were the only Blue Bears to score in double digits. Broadax, who had all of his 21 after the break, hit 4 of 7 3s. Temple also led LC off the boards with 12 rebounds.

The tone was set for the game when FSU, who scored only 44 points in a win Saturday at home over Johnson C. Smith, surpassed that total in the first half. Behind four 3-pointers from Crutchfield, the Broncs built a 47-27 lead at the break.

Livingstone pressed the entire second half and quickly whittled the lead down. They opened the second half on a 17-5 run to cut the lead to 52-44 in the first seven minutes. FSU responded with an 18-12 run capped by Danny Myers’ turnaround jumper with 7:13 left to push the lead back into double-digits at 70-56.

Livingstone’s pressing defense forced several of FSU’s 24 turnovers late. Temple and Broadnax went to work on offense in the Blue Bears’ 21-7 spurt to force the tie and set up the game-winning heroics.

After the frantic finish, the teams tussled after the final buzzer. But referees and team officials were able to separate the teams and restore order.