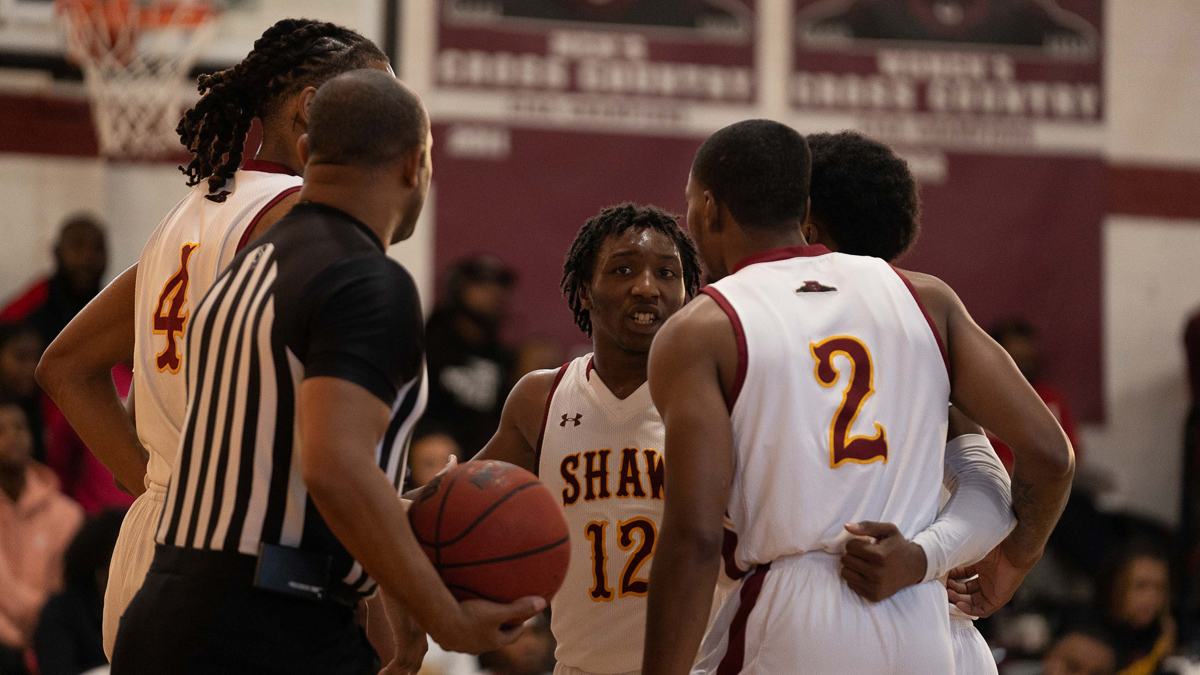 RALEIGH, NC —The Shaw men’s basketball team got a 45-point performance from the bench on the way to an 86-76 win over the Virginia State Trojans at home Wednesday.

The Bears (11-8, 4-3) had two players score in double figures, led by Doriuntas Barnes, who had 19 points and seven rebounds. Amir Waddell added 18 points from the bench and Jeremiah Pope added nine points and six rebounds.

The Shaw offense was very productive from beyond the arc, making 11 threes on 24 attempts. Waddell was the most prolific shooter for the Bears, draining three treys in the contest.

Shaw forced 13 Virginia State turnovers. The Bears turned those takeaways into 23 points on the offensive end of the floor. Caleb Simmons led the way individually with two steals.

After falling behind 21-18, Shaw went on a 14-0 run with 9:52 left in the first half, culminating in a three from Waddell, to take a 32-21 lead. The Bears then added three points to that lead by the end of the period and entered halftime with a 45-31 advantage. Shaw relied on its three-point shooting in the period, knocking down nine shots to account for 27 of its 45 points.

Shaw kept its lead intact before going on a 5-0 run, finished off by Simmons’ jumper, to grow the lead to 65-49 with 8:44 to go in the contest. The Trojans narrowed the margin somewhat before the game was over, but the Bears still cruised the rest of the way for the 86-76 win. Shaw capitalized on six Virginia State turnovers in the period, collecting 12 points off those turnovers.

Game Notes» Shaw never trailed in the second half on its way to victory.
» The Shaw defense forced 13 turnovers.
» Doriuntas Barnes led the Bears with a career high 19 points.
» Shaw got a team-high seven rebounds from Doriuntas Barnes.
» The Bears closed out the game at the charity stripe including 21-25 overall for the game.

Up Next
The Bears will play their first road game since early December as they travel to Lincoln, PA for a  CIAA Northern Division matchup scheduled for Saturday, January 21st. Tipoff is slated for 4 PM.