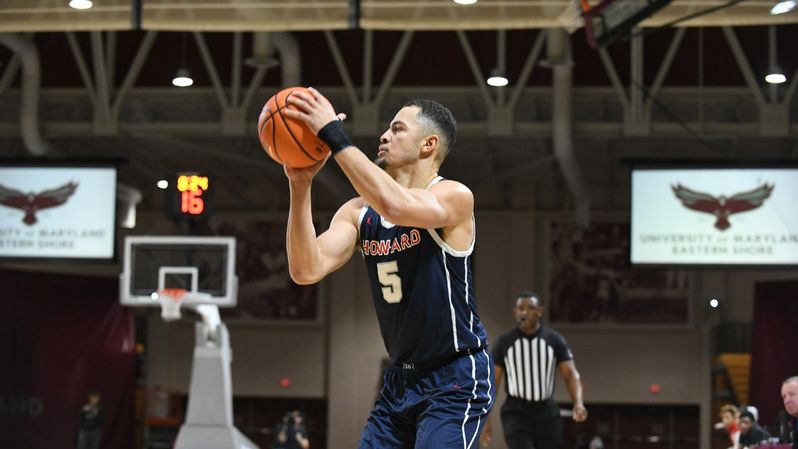 Howard knocked off one of the top HBCU teams, Norfolk State, in a thrilling 86-84 contest on Saturday evening. Norfolk State went into halftime with a nine-point lead, but Howard wouldn’t go down without a fight. They outscored the Spartans 49-38 in the second half to come out on top, with a meltdown from the home team providing a ray of light at the end.

Howard led 83-82 with just seconds remaining when Joe Bryant hit a jumper to give NSU an 84-83 lead. NSU was hit with a tech for excessive celebration that gave Howard two free throws, which Elijah Hawkins hit to give HU an 85-84 lead. NSU was forced to foul and Jelani Williams hit one of two to seal the win.

The loss was Norfolk State’s first at home in 20 games.

Former Maryland guard Marcus Dockery scored 24 points to lead the way for HU. Shy Odom was pivotal as well, shooting 2-of-7 in the second half for 13 points to power the Bison forward after the break. As a team, Howard shot 13-of-33 from the field in the second half, scoring 1.31 points per possession on average.

Offense wasn’t the issue for the Spartans. They shot 53% from field, scoring a healthy 1.2 points per possession. Joe Bryant led the way, putting up 23 points. It wasn’t enough though, as Norfolk State was unable to gather the momentum to get past the Bison.

HU’s record improved to 9-10 with the win. It plays next on Jan. 17 in a matchup with Morehouse. On the other side, Norfolk suffered its first loss in conference play this season. A conference clash with Coppin St. on Jan. 21 is the Spartans’ next action.