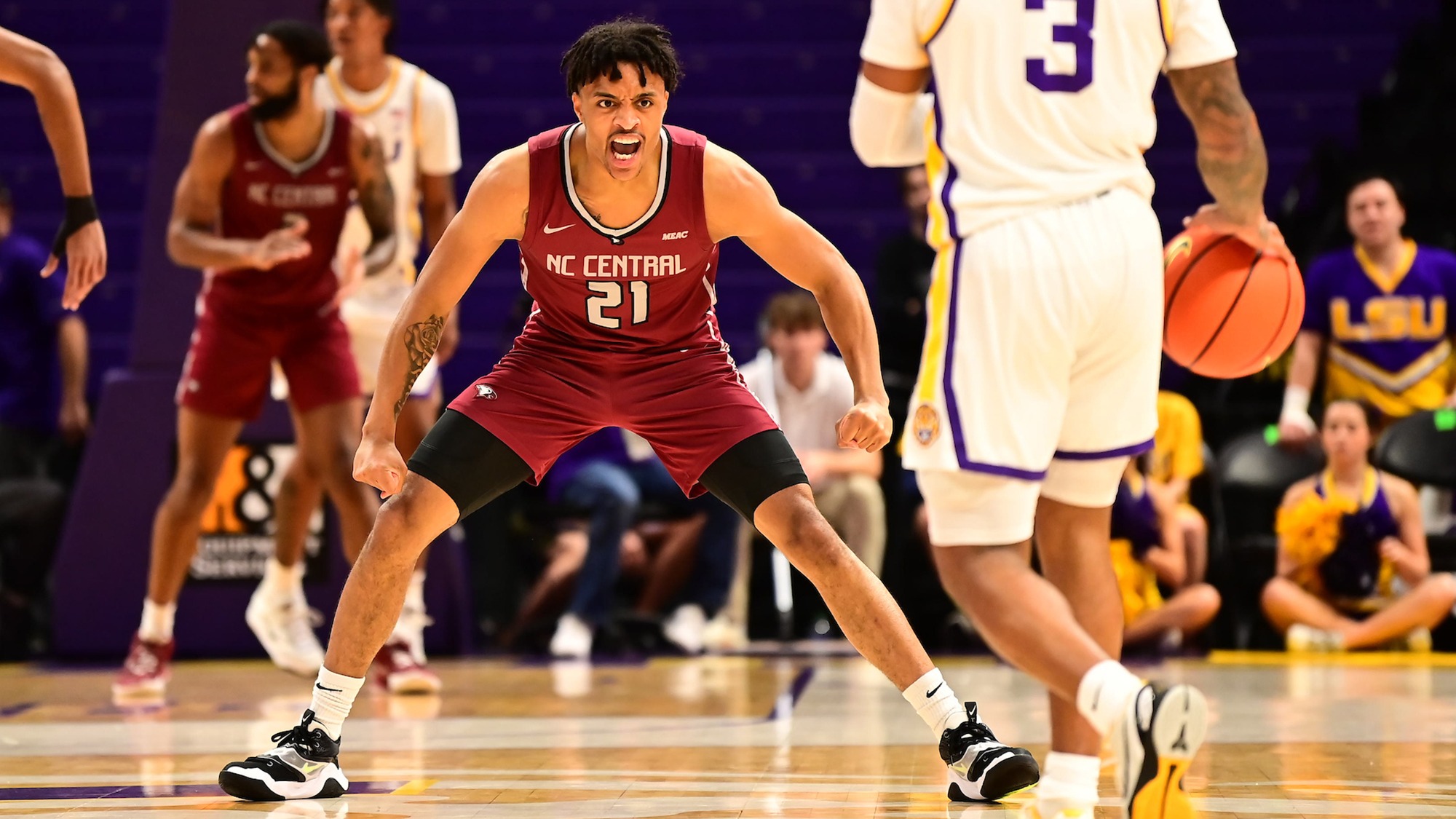 Five players in double figures push the Eagles to victory.

North Carolina Central gave South Carolina State their third consecutive loss in a 71-67 contest at McDougald-McLendon Arena on Saturday evening. It was a tie game after the first 20 minutes, but the Eagles outscored the Bulldogs 33-29 in the second half to come away with the win.

Eric Boone led the way for North Carolina Central, putting up 17 points and six assists. As a team, the Eagles shot 45% from the field, 47% from behind the arc, and 76% from the free throw line. The advanced stats told a similar story, as the team put up 1.02 points per possession on 58% true shooting.

SC State was led by Jordan Simpson, who recorded 13 points and five boards against North Carolina Central. As a team, the Bulldogs shot 26-of-54 from the field and 5-of-13 from three. That contributed to their average of 0.98 points per possession and 55% true shooting, which wasn’t enough to secure the win.

Both teams face their next test on Jan. 21. North Carolina Central hosts Delaware State, while South Carolina State readies for battle against a UMES team who is playing great lately. The Eagles will look to earn another win on their home court. On the other side, the Bulldogs will get a shot to recover from this loss.