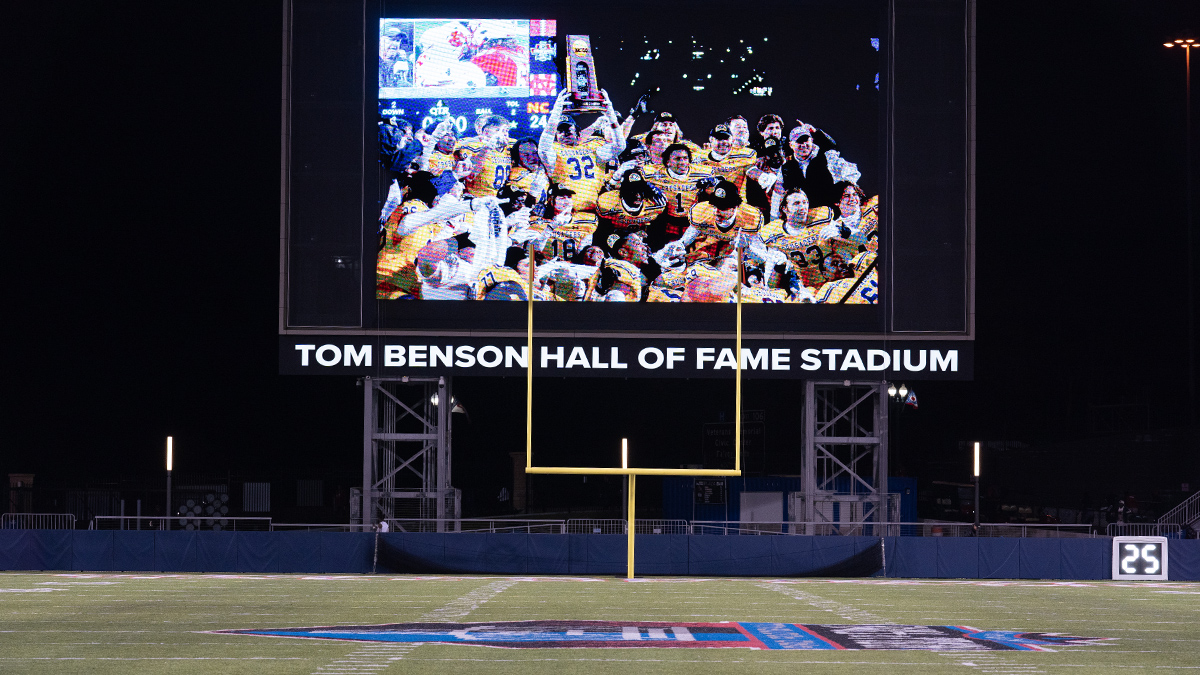 The fifth Black College Football Hall of Fame Classic matchup has been set, and it is a matchup of Division II HBCUs once again.

Virginia Union of the CIAA and Morehouse College are set to square off at Tom Benson Hall of Fame Stadium in Canton, Ohio on Sunday, Sept. 3. This game will mark Morehouse’s second appearance in the Classic while Virginia Union will be making its maiden voyage.

Virginia Union will enter 2023 looking to build off a season that saw it reach the top 10 in Division II football in 2022 as it went 9-1 during the regular season and earned a bid to the NCAA playoffs. VUU is set to return running back Jada Byers, who broke the school and CIAA all-time rushing marks by rushing for 1,920 yards on the season — earning HBCU Gameday/Protect Your Skull Offensive Player of the Year at the Division I level. VUU was rewarded for its solid regular season with a bid to the NCAA Division II playoffs where it fell to Wingate.

Morehouse will be coming into the 2023 season looking to turn the page from a regrettable 2022 season that saw it go 1-9. It will be making its debut under a new head football coach as chose not to bring back Rich Freeman as head coach after a decade-and-a-half.

The 2023 Black College Football Hall of Fame Classic appearance will be a return to the game for Morehouse, which played in the inaugural contest against Alabama A&M of the SWAC back in 2019. The game did not take place in 2020 due to the COVID-19 pandemic. The second edition of the game was an all FCS contest featuring Grambling State and Tennessee State. The 2022 game was another CIAA/SIAC matchup, with Central State University coming out on top of Winston-Salem State University.

Tickets for the game are available online starting at $25.