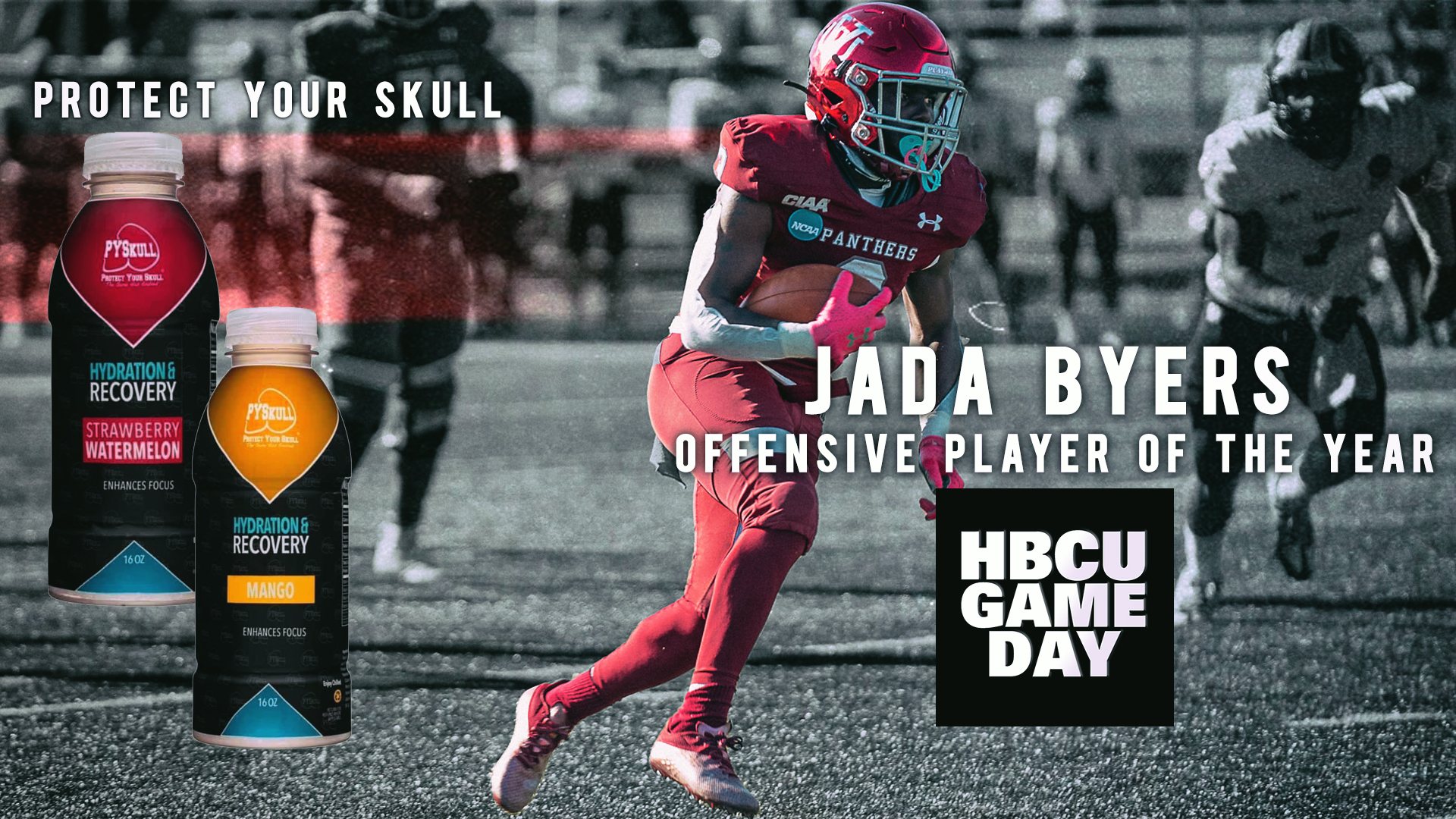 HBCU Gameday, a long with our partners Protect Your Skull Inc., are excited to announce our 2022 Players of The Year at the Division II level to Jada Byers and Loobert Denelus

Virginia Union running back Jada Byers was a unanimous selection as our Division II offensive player of the year for 2022. The diminutive running back from New Jersey was a headache for defensive coordinators from start to finish this fall. He rushed for 98 yards in the season opener — which was the only time all season he didn’t crack the 100 yard mark.

Byers led the nation by rushing for a CIAA- and VUU-record 1,928 yards in 2022, breaking the school held by VUU Hall of Famer Andre Braxton, while also leading the nation with an average of 175.3 yards per game.  His single-season conference record broke the one held by HBCU football’s all-time leading rusher Richard Huntley of Winston-Salem State (1995). Byers also led the nation with 2,256 all-purpose yards. He also set a conference single-game record by rushing for 319 yards against Valdosta State. Jada Byers also accumulated 22 touchdowns on the season to help VUU go 9-1 in the regular season and earn a bid to the Division II playoffs.

Denelus, a junior, ranks as one of the nation’s leaders in sacks (11th) and tackles for loss (34th). He was one of the leaders of the Benedict defense that ranks among the nation’s best in 2022. Benedict ranks fourth in scoring defense (12.9), third in passing yards allowed per game (135.1), and seventh in total defense (248.2). The Tigers led Division II in fourth-down conversion percentage defense (.130) and were third in third-down conversion defense (.248)

He was named SIAC Defensive Player of the Year while helping lead Benedict to the SIAC title and an appearance in the NCAA playoffs, both of which were the first such accomplishments in school history.

ABOUT PROTECT YOUR SKULL