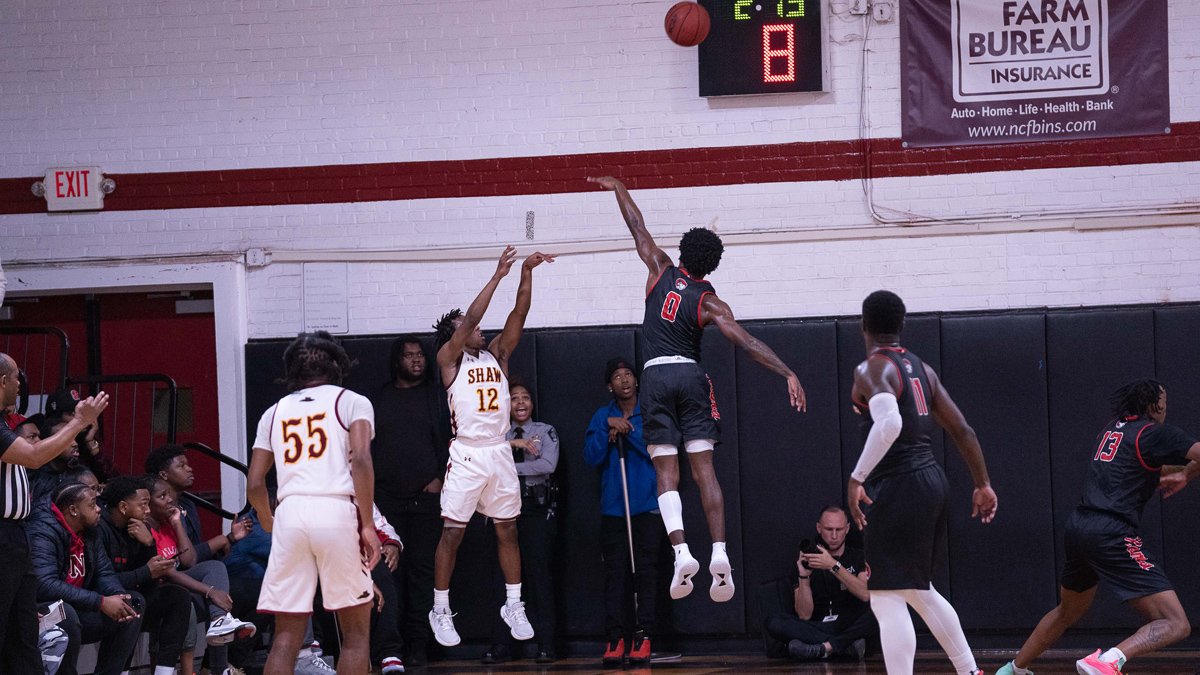 RALEIGH, NC — Shaw and Winston-Salem State went back-and-forth in a CIAA battle that had tournament-level intensity that one would expect between programs with such familiarity.

DJ Thomas scored a team-high 19 points for Shaw, including the game-clinching 3-point play with under six seconds remaining to beat WSSU 65-63 in a packed Spaulding Gymnasium. The 5’7 junior drove to the basket and hit a layup to seal his team’s win.

“I told them if we continued to play hard in the last six minutes, we would win,” Shaw head coach Bobby Collins said. “I was extremely proud of our effort, how hard we played for 40 minutes.”

The loss was the second in a row for Winston-Salem State, which falls to 2-3 in the CIAA after entering conference play with a 9-1 record. Jaylen Alston led WSSU (10-4) with 19 points and Jaylon Gibson added 12 points in the loss.

The win was the first for Collins against WSSU, a program he coached from 2006 through 2013. He downplayed the importance of his history and rivalry, though, and tried to steer the focus to the future as the team preps for CIAA North play.

“This definitely was a boost for us tonight. Not because it was Winston-Salem State but because it was the next game on our schedule. We didn’t want to dig ourselves in so deep of a hole, being 1-3 [in the conference]. Tonight, we are 2-2 with the next three games at home. We can make a statement if we can take care of home first.”

Shaw improves to 9-7 overall on the season after winning 10 games in Collins’ first season at the helm.

Claflin University edged Bowie State 77-75 in a game that came down to the wire in Prince George’s County. Three players finished in double-figures as Claflin  improved to 12-1 overall.

Lincoln University took care of St. Aug in a 63-38 win that saw SAU shoot just 23.4 percent from the field.

Virginia Union got back on the winning track on Saturday, beating Fayetteville State 73-64 at home. Keleaf Tate scored a team-high 22 points while hitting four of six 3-point attempts while Robert Osbourne scored 13 points and added seven assists in the win. Cress Worthy scored a game-high 25 points for Fayetteville State.

Elizabeth City State beat Johnson C. Smith 69-61 to get back into the win column.